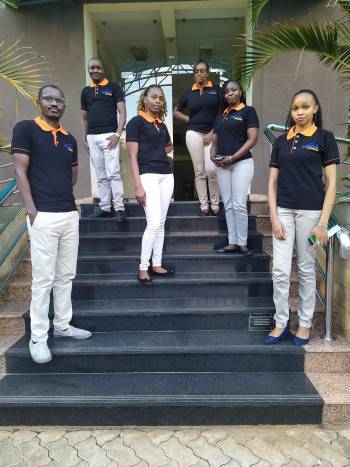 Skywide Tours and Travel Request a Quotefor a custom tour

We booked a 10 day trip with Skywide. A safari followed by Mombassa beach to relax at the end.

The Safari was great but the relaxing part was anything but. We arrived at our so called 4* hotel in Mombassa and we arrived to a green swimming pool with mould everywhere, dirty bathrooms and flies on food. We called Skywide immediately to say we wanted to move to a hotel closer to what we had been promised without a mould and an out of action pool and their communication was quite frankly terrible- the hotel is FLAMINGO BEACH- (DO NOT STAY THERE!!!).
The hotel refused to move us to sister hotel with a clean pool in use because they said Skywide refused to cover the cost, two hours later and no news from Skywide after several calls and emails we took matters into our own hands and booked a trusted hotel and left as soon as possible.

We lost a whole afternoon (of a short 3 day break) sorting this out ourselves and Skywide would not reimburse the costs claiming it was far more expensive than Flamingo, they refunded us the stay at Flamingo and the price was half of what our new hotel cost.

On leaving we arrived at Mombassa airport to learn our flight to Nairobi had been cancelled and no one of Skywide had notified us, the consequences for this could have been massive as we had a connecting BA flight to catch to England. Skywide arranged the airport transfers and booked our internal flights therefore this was their responsibility, the flight was cancelled 9 hours earlier and they hadn't let us know, Kenya airways were shocked no one had contacted us from as they let the booker of the flights know about cancellations.

We got a flight with only 10 minutes to spare thanks to Kenya Airways running us through security, this was all due to Skywide's lack of communication and has we arrived at the airport on time and not early for our flight we'd have missed the earlier flight and our BA flight home.

So the Safari was great but I'd argue most safari companies out there would offer as good a service, after all the Masi Mara is it's own experience regardless whose arranged it, but the trip ended stressfully and as my mums trip of life time at 60 years old I was very angry she had to encounter this stress.

This was my third time to Africa and the worst company I've used I wouldn't recommend them.

Reply from Skywide Tours and Travel

Thanks Nancy for the feedback about your holiday in Kenya.

We are glad you enjoyed the Safari but at the same time apologize for last part of the trip which you did not enjoy.

We have booked many clients at Flamingo Beach Resort and the last family we booked only checked out a few days before your check in date. We have not experienced such challenges with the hotel before and we were confident it would meet your expectations. Unfortunately the hotel decided to close the pool and they failed to inform us otherwise we would have made an alternative arrangement for you.

We received your complaint about 30 minutes later and immediately we engaged the hotel's head office to make arrangements and move you to Pride Inn Paradise, this involved negotiation and approvals at their head office and fortunately within 2 hours we were able to confirm the upgrade from Flamingo Beach Resort to Pride Inn Paradise. This meant extra cost for us but we were ready to pay to ensure you have a enjoyable beach holiday.

In fact 2 hours was very swift as many hotels would even demand you stay for one night or forfeit your one night cost and some even charge 100% for last minute cancellation. It was a delicate situation which required special attention and swift action which we did our best to to ensure we get you full refund or at least an upgrade to Pride Inn Paradise.
Unfortunately you booked and confirmed Serena Beach Resort directly and when we communicated that Flamingo Beach Resort was ready to move you to Pride Inn Paradise their Superior sister hotel, you declined the offer and went ahead to check in at Serena Beach Hotel.
The rate you were given by Serena Beach Resort is not our negotiated contract rate and the reason why you feel Flamingo was cheap hotel. We communicated to you that we will refund what you had paid us for Flamingo Beach Hotel in full and as a good gesture we went ahead to make an additional refund of $ 200. our package was not based on Serena Beach Resort and we could not refund you for what you had not paid to us.
If you were a little bit patient, the issues would have been sorted out in a much better way.

Kenya Airways did not communicate any flight delays, we checked our system and it was showing normal departure time and sometimes they fail to communicate especially for delays, for early departures they always call and communicate to ensure the passengers arrive at the Airport on time. There was no other flight from Mombasa and that was the flight they put you in was the only option.