Kenya vs Tanzania: Which Is Better for an African Safari?

Kenya vs Tanzania: Which is better for an African safari? Kenya and Tanzania are both world-class safari destinations, and you can’t lose, whichever one you choose. Kenya is the birthplace of the safari, but it shares with Tanzania incredible wildlife that knows no borders, highly professional safari operators, first-rate infrastructure, and a full and diverse range of East African landscapes. 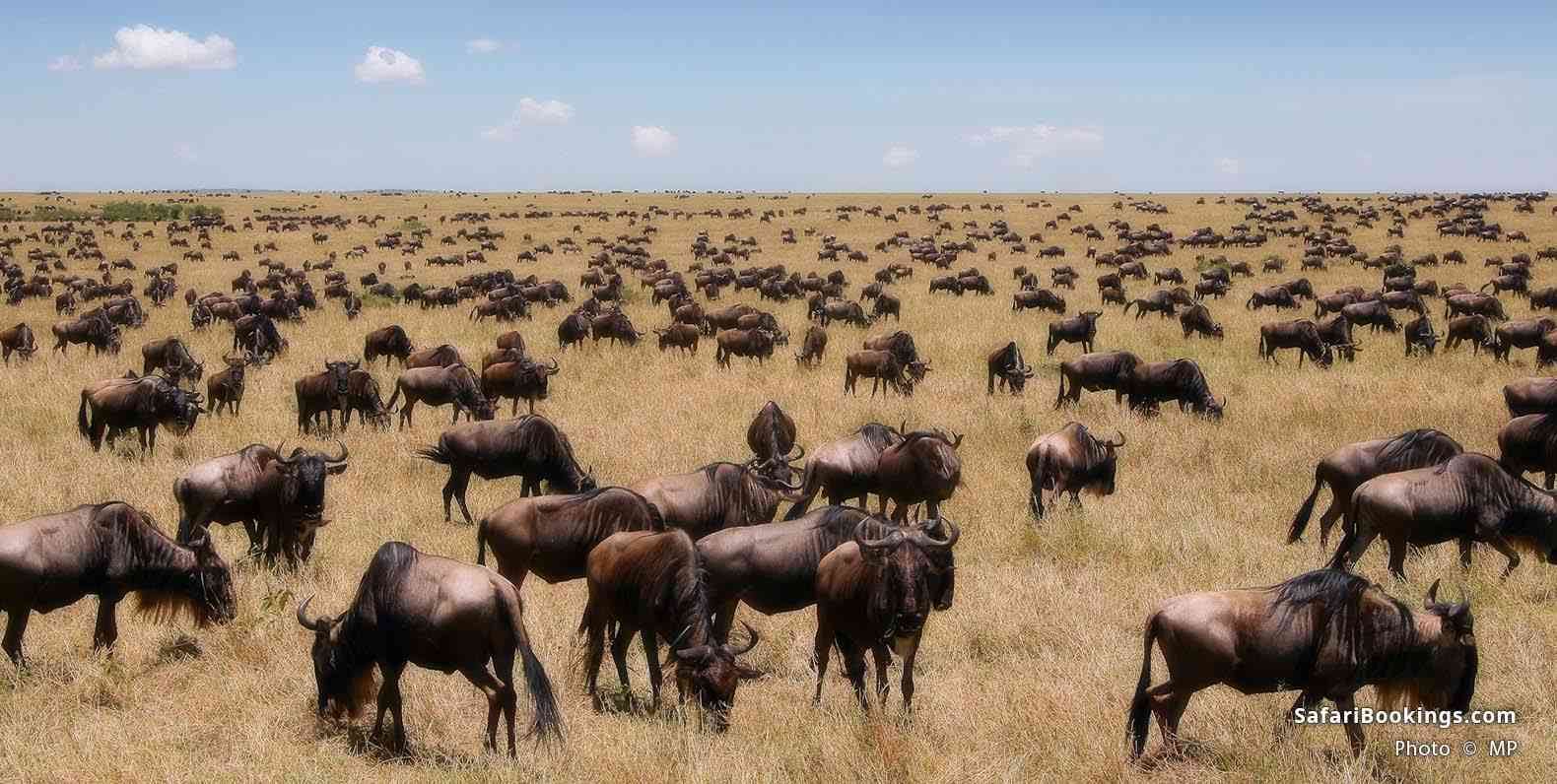 Kenya and Tanzania are inseparable when it comes to the savannah grasslands that are a staple of the East African safari. In the Serengeti and Masai Mara, vast herds of grazing mammals (and the predators that follow them) see little difference between the two, and nor will you. Both are glorious, soul-stirring places without peer. Beyond these two, from Kenya’s Amboseli to the plains of Tarangire and so many places in between, it’s impossible to be disappointed. Visit them all if you can.

Thanks to the Great Rift Valley and escarpment that cuts through the heart of both countries, both Kenya and Tanzania have some pretty special high-altitude scenery. Kenya has the shapely Mt Kenya to be sure, and the Aberdares are unlike anything you’ll find elsewhere. Its Rift Valley lakes – Nakuru, Naivasha, Bogoria and more – are also fine examples of the genre. But it’s hard to top Mt Kilimanjaro, Mt Meru, Ol Doinyo Lengai, Lake Natron, Ngorongoro, and the rest of Tanzania’s Crater Highlands. 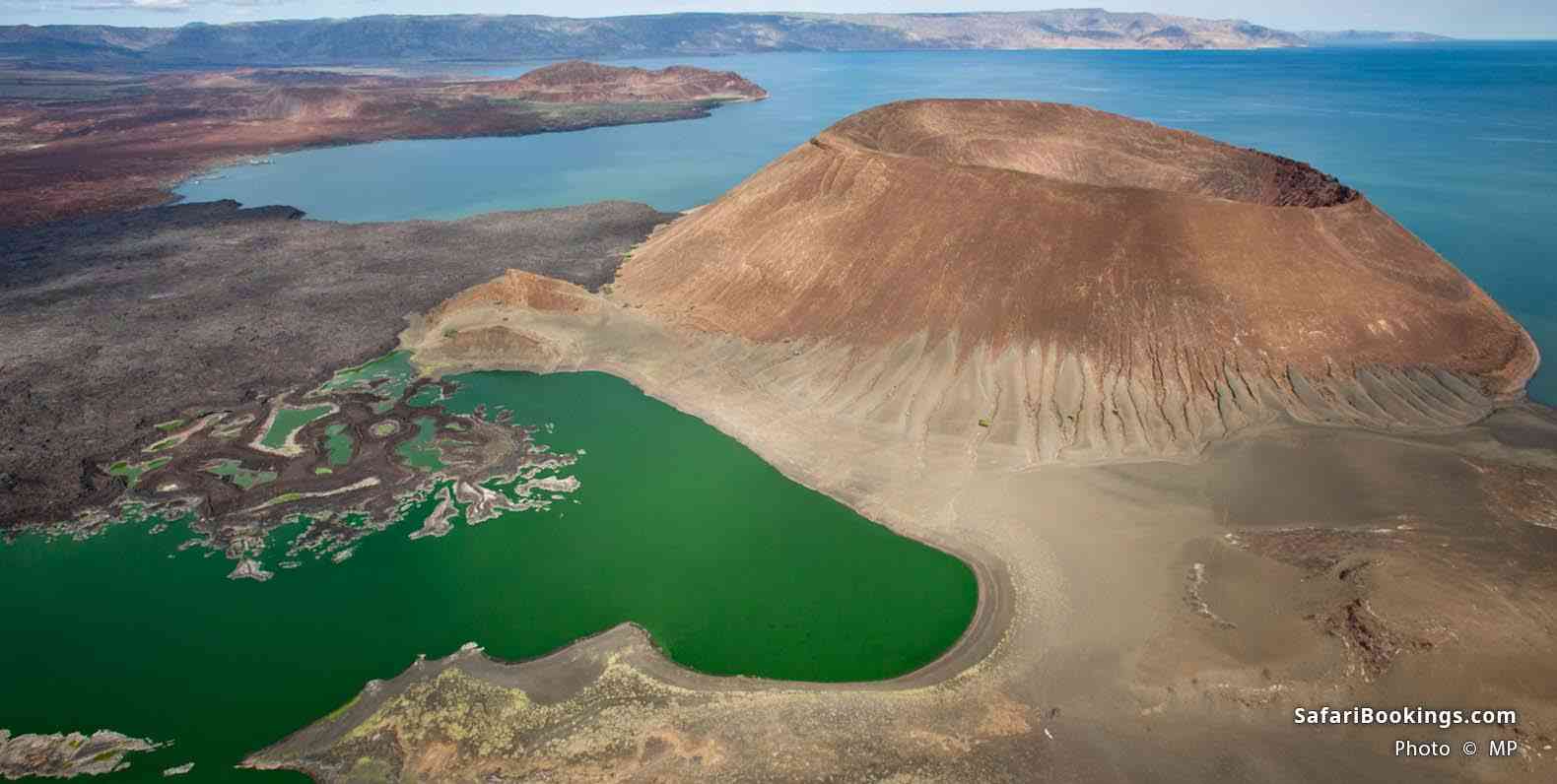 If deserts are your thing, then Kenya wins that particular battle. The country’s far north has no rival in Tanzania for its spare desert horizons, nor for the arid beauty of Lake Turkana and surrounds. The dry and semi-arid Kenyan interior provides habitat for wildlife that you just don’t see anywhere else in East Africa. This extends from the northern deserts, down through Samburu National Reserve, and as far south as Tsavo East National Park. 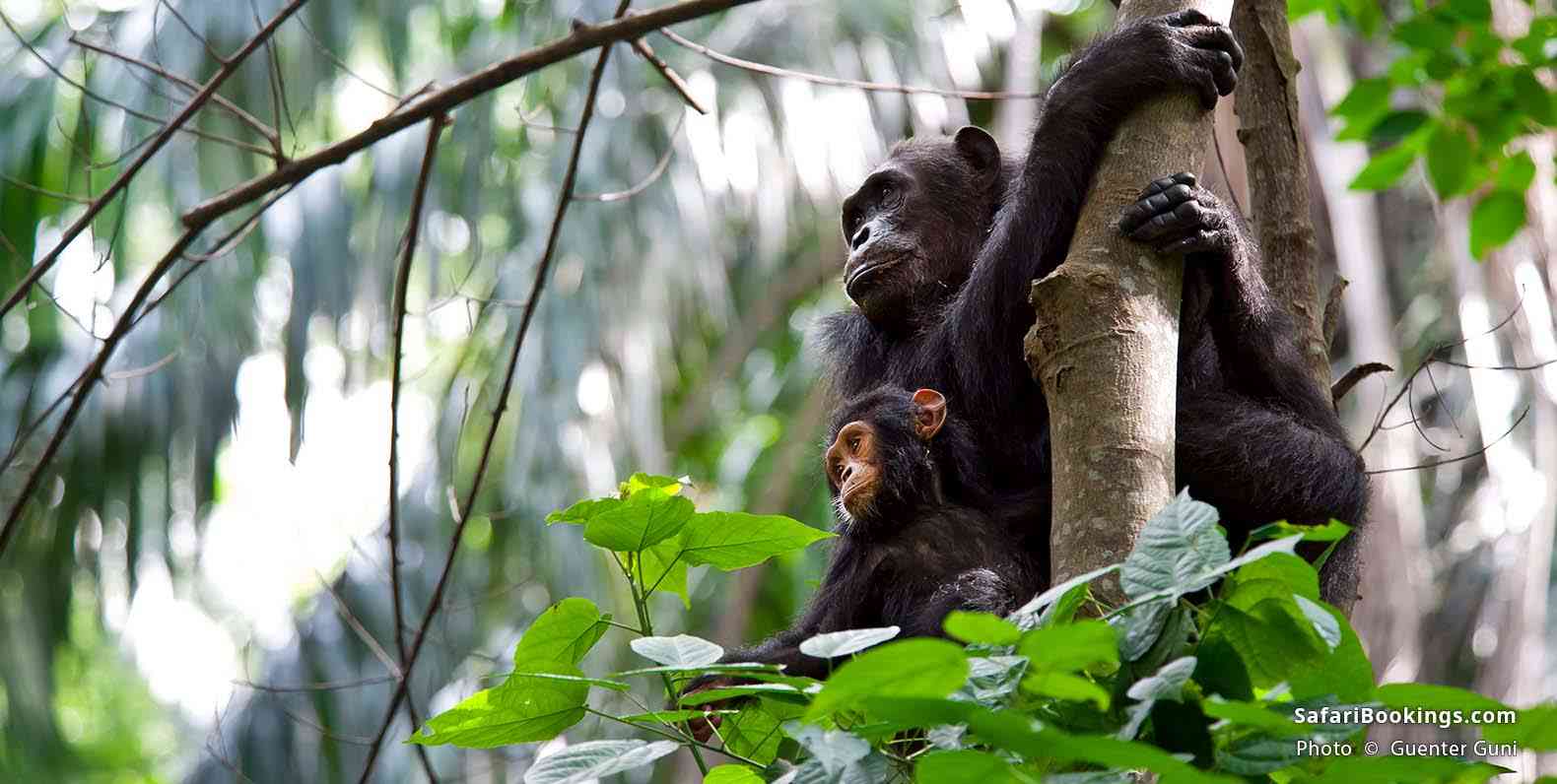 When it comes to forests, Tanzania is far more likely to satisfy your needs. Kenya has Kakamega Forest National Reserve, but it’s an outlier, the last remnant of the rainforests that once extended across the country from Central Africa’s Congo Basin. In contrast, deep, dark rainforests carpet Tanzania’s far west, especially in Gombe and Mahale Mountains National Parks. 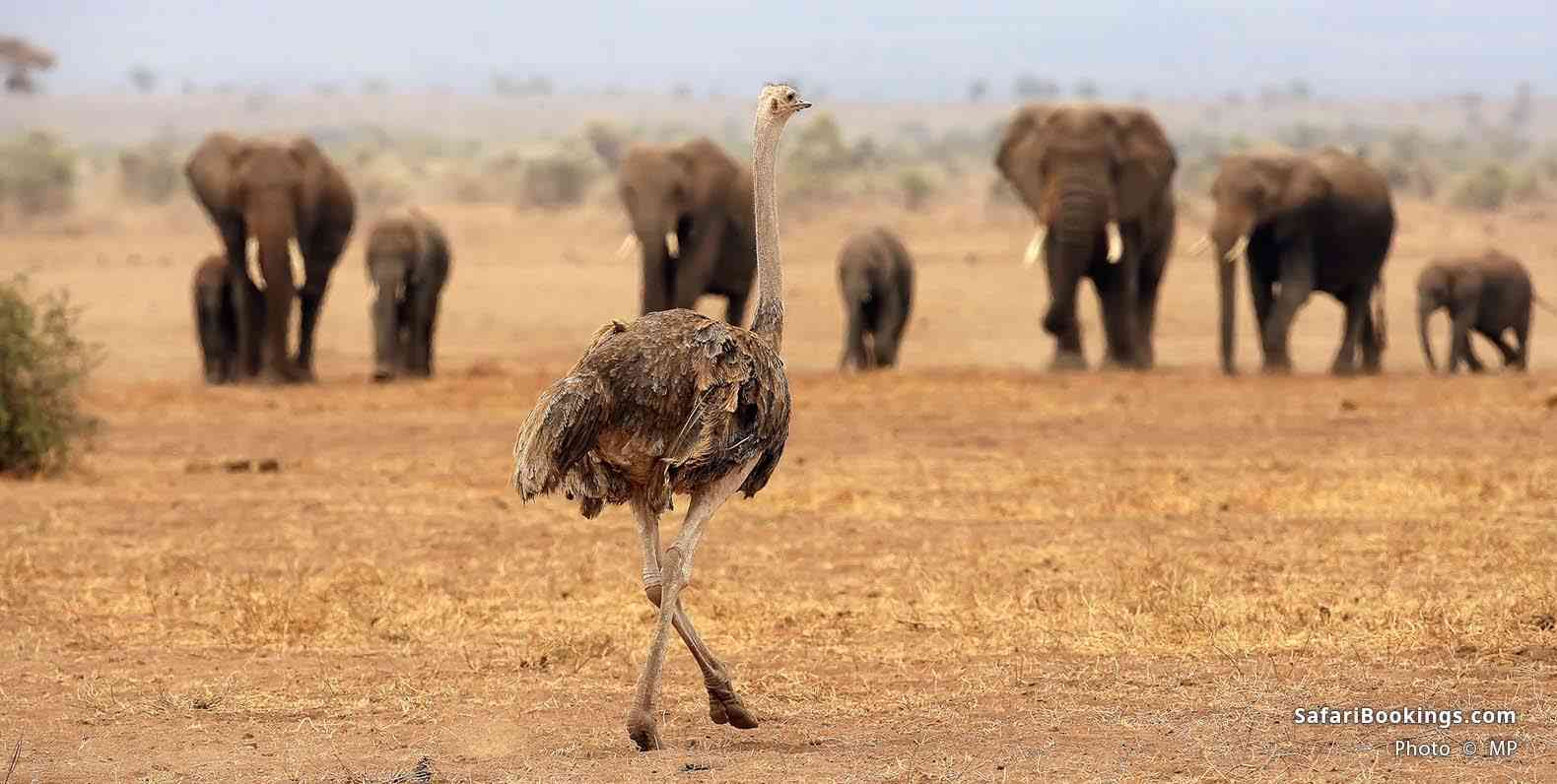 As for the landscapes, so too for wildlife. There’s nothing to choose between the two countries for the classic safari wildlife experience. Both Kenya and Tanzania are fantastic for big cats, the Big Five, and a full suite of prey and herd animals, among them zebras, giraffes and wildebeest. When it comes to elephants and big cats, populations are generally larger in Tanzania, but Kenya’s parks tend to be more compact, and kilometers between the parks significantly fewer.

There are, of course, differences when you zoom in to look a little closer. Kenya’s arid zone is where you’ll find all sorts of desert specialists, from the birdlife (the Somali ostrich is an old safari favorite) to desert-adapted mammals such as the gerenuk, the Beisa oryx and the Grevy’s zebra. 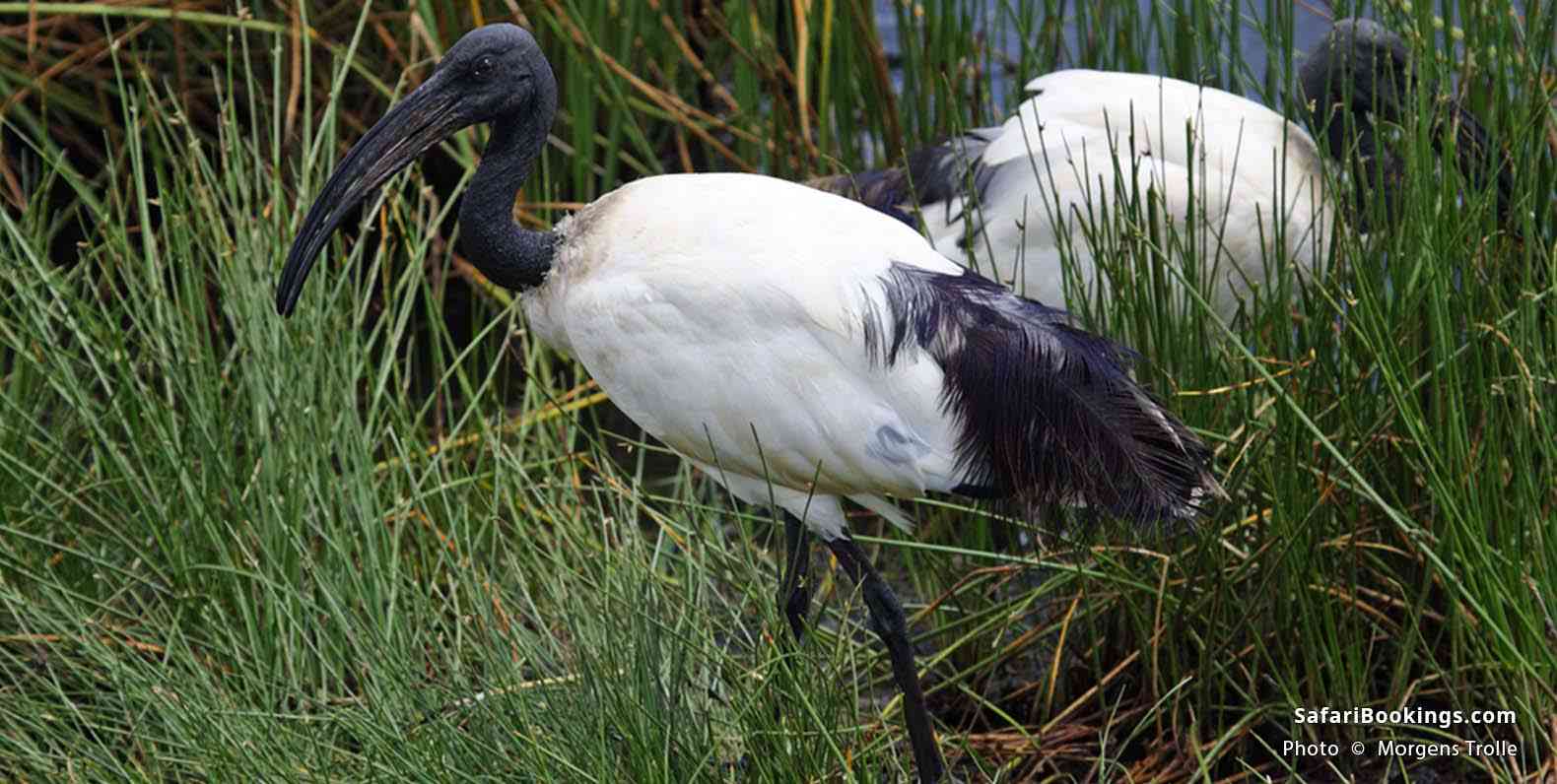 Then again, for forest animals it really has to be Tanzania. Tanzania is the best place in Africa to see chimpanzees, as well as numerous other primate species. Birders also have many more opportunities to see forest birdlife here compared to Kenya. 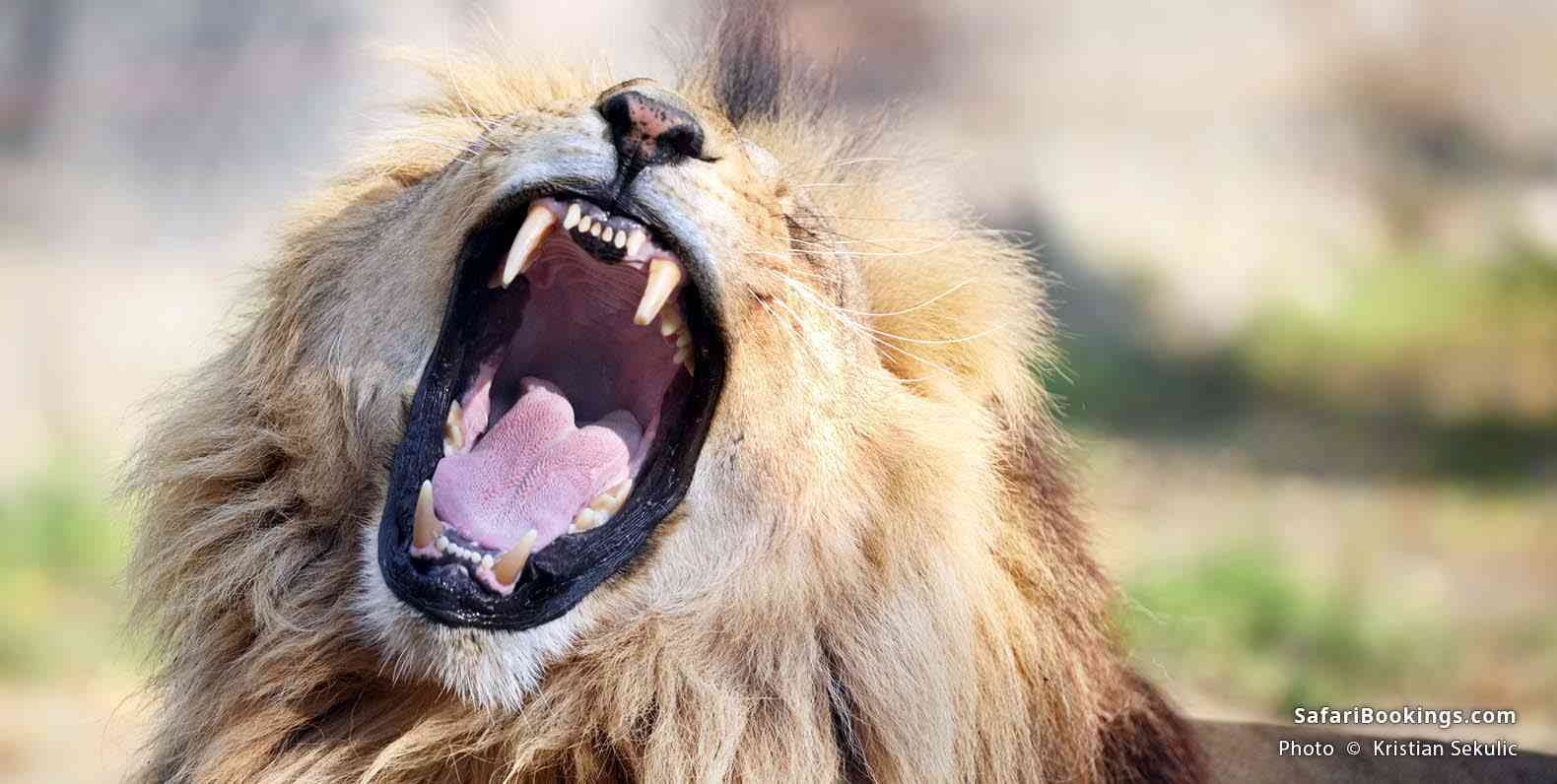 Unless you’re planning on joining up with the great migration (which requires careful planning – please see below), the best times for visiting Kenya and Tanzania are pretty much the same. The main safari season in both countries begins in late June and runs through to October. It’s during these months that you can expect the best weather and the best conditions for seeing animals, regardless of where you go. Rains and road conditions can be a problem in both countries from November through to April or May. Remember, however, that the birding is often excellent in these months. 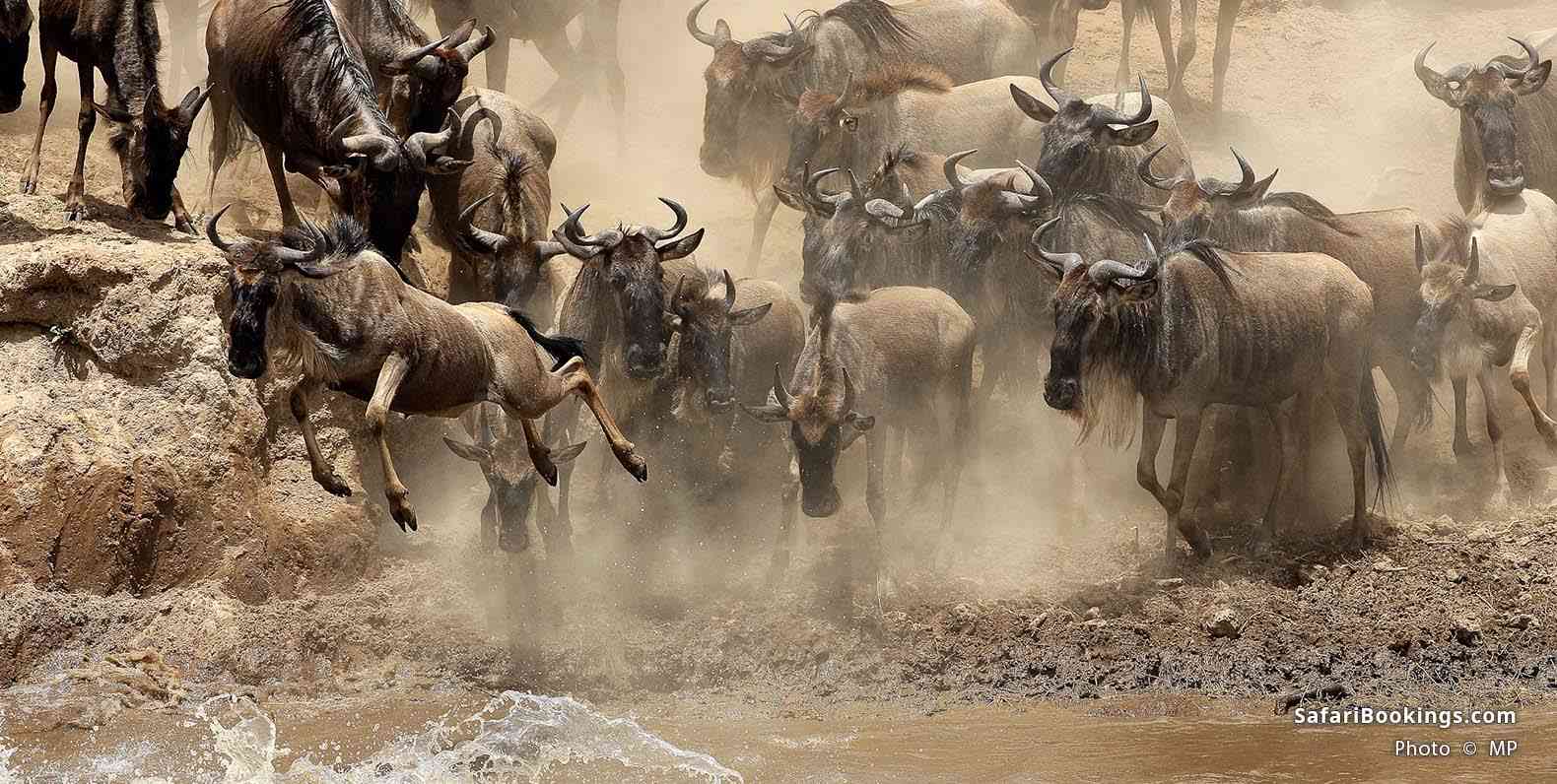 Timing is important when considering whether to see the great migration in Tanzania or in Kenya. As a general rule, the migration is in the Serengeti, on the Tanzanian side of the border, from October through to July or August, and in Kenya’s Masai Mara the rest of the year.

Given that we’re talking about gloriously unpredictable wild animals, that’s not the whole story. Precise dates for where you’ll find the massed herds of zebras, gazelles and wildebeest (and the predators that stalk them) at any particular time can be difficult to predict, and can vary from one year to the next.

All that can be said with any degree of certainty is this. In a normal year the migration spends more months of the year in Tanzania. The best river-crossing scenes are usually in Kenya. And the best vantage points are usually more crowded in Kenya. 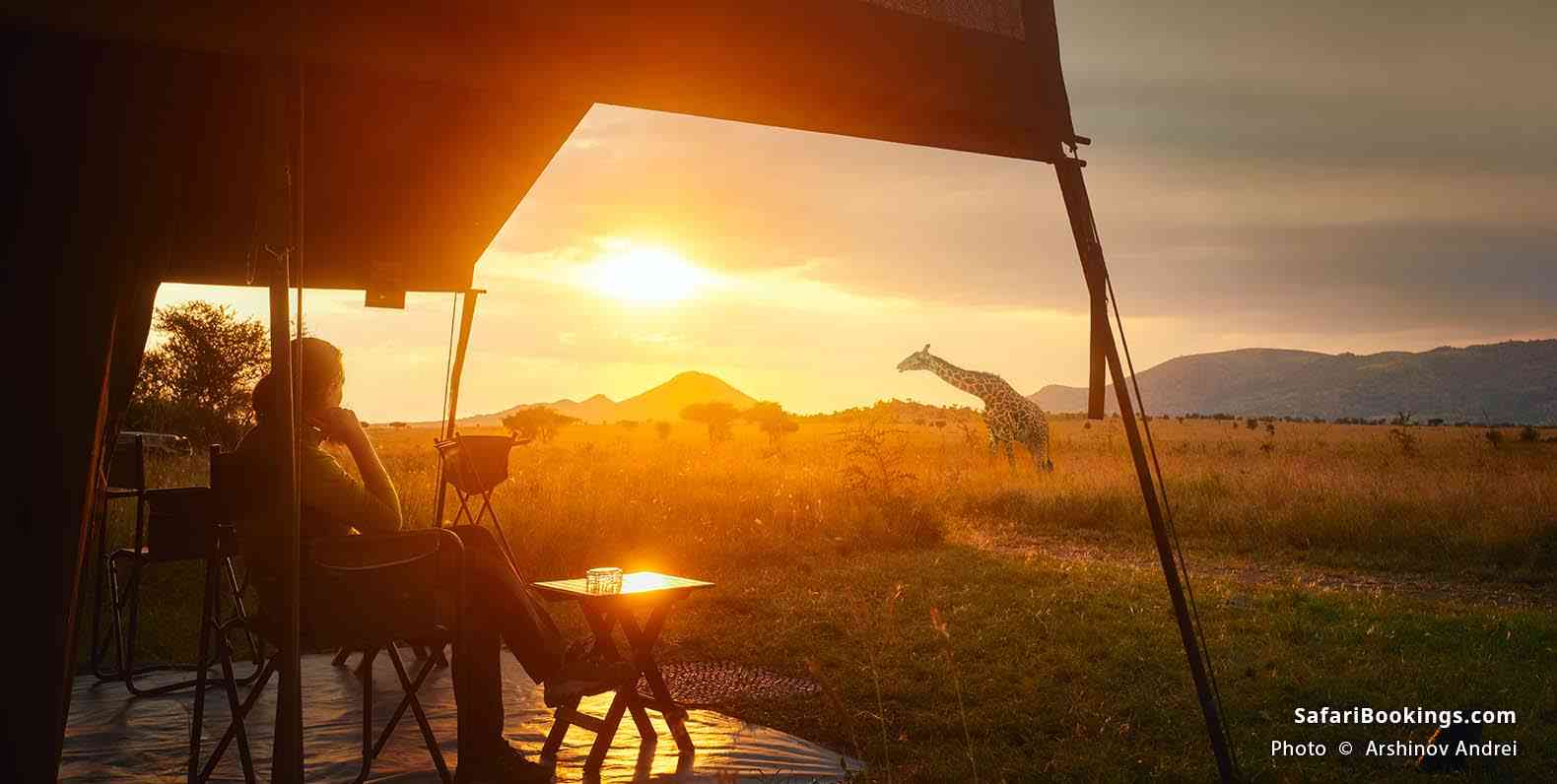 Both Tanzania and Kenya have excellent accommodation, from hotels and guesthouses to lodges and tented camps. And there’s no overall reason to choose one over the other based on possible places to stay. This applies across all budgets – both countries have outstanding places to stay no matter where you sit on the safari price spectrum.

One minor difference is Kenya’s growing community and private conservancy accommodation, especially in the Masai Mara, up north on Laikipia Plateau, and, to a lesser extent, around Amboseli National Park. Because access to these conservancies is only for those with a confirmed reservation in one of a handful of upmarket lodges or camps, it usually makes for a more intimate and exclusive safari experience. 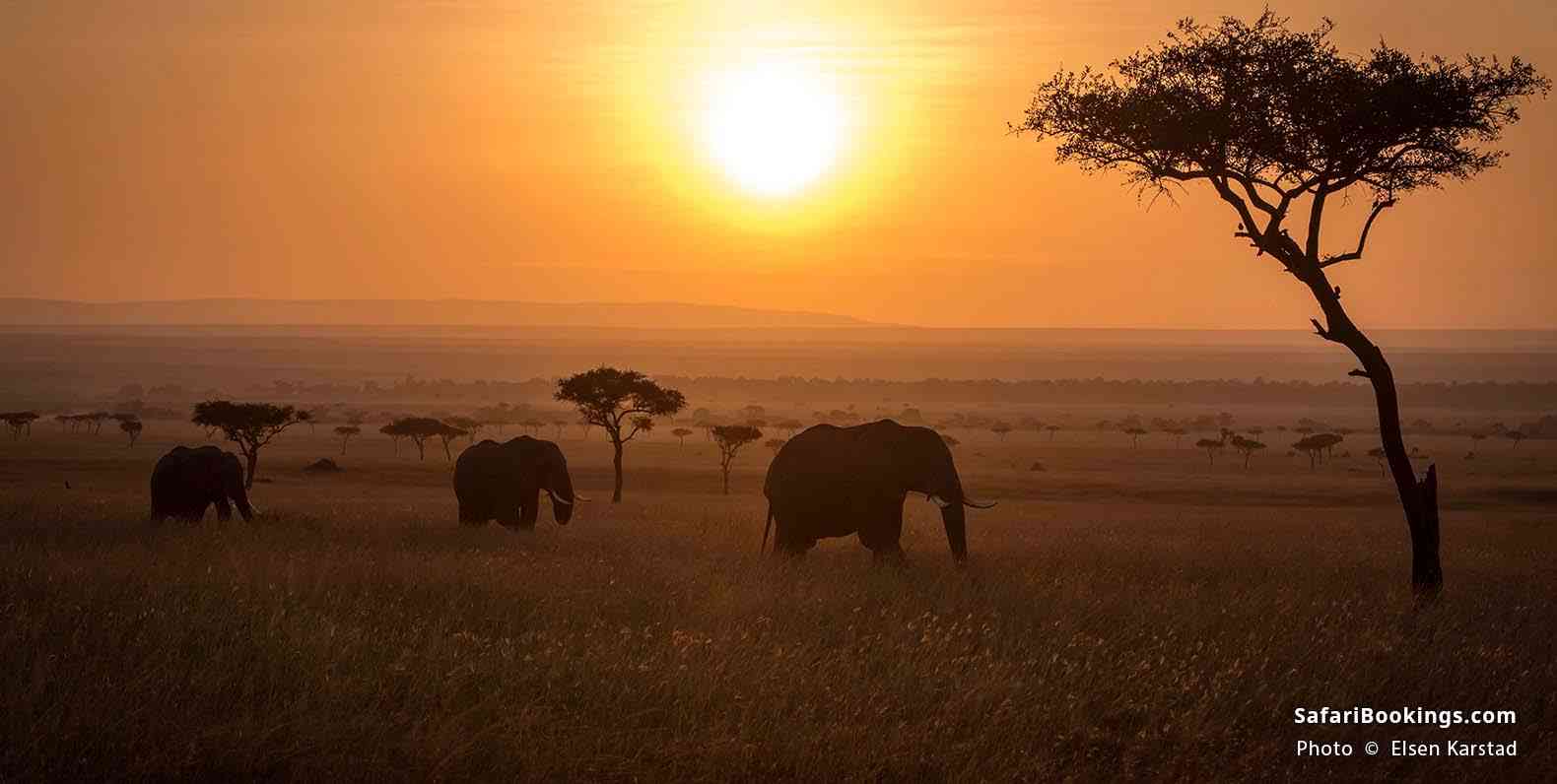 Like accommodation, you probably wouldn’t choose one country over the other based on the money you’re likely to spend. That’s because prices are broadly similar across the two destinations. Tanzania may on average be slightly more expensive than Kenya. The average cost of a safari ranges from around US$250 to US$750 per person per day in Tanzania, while the equivalent figure in Kenya is US$150 to US$700. But any differences are marginal, and both offer great value for your safari money. 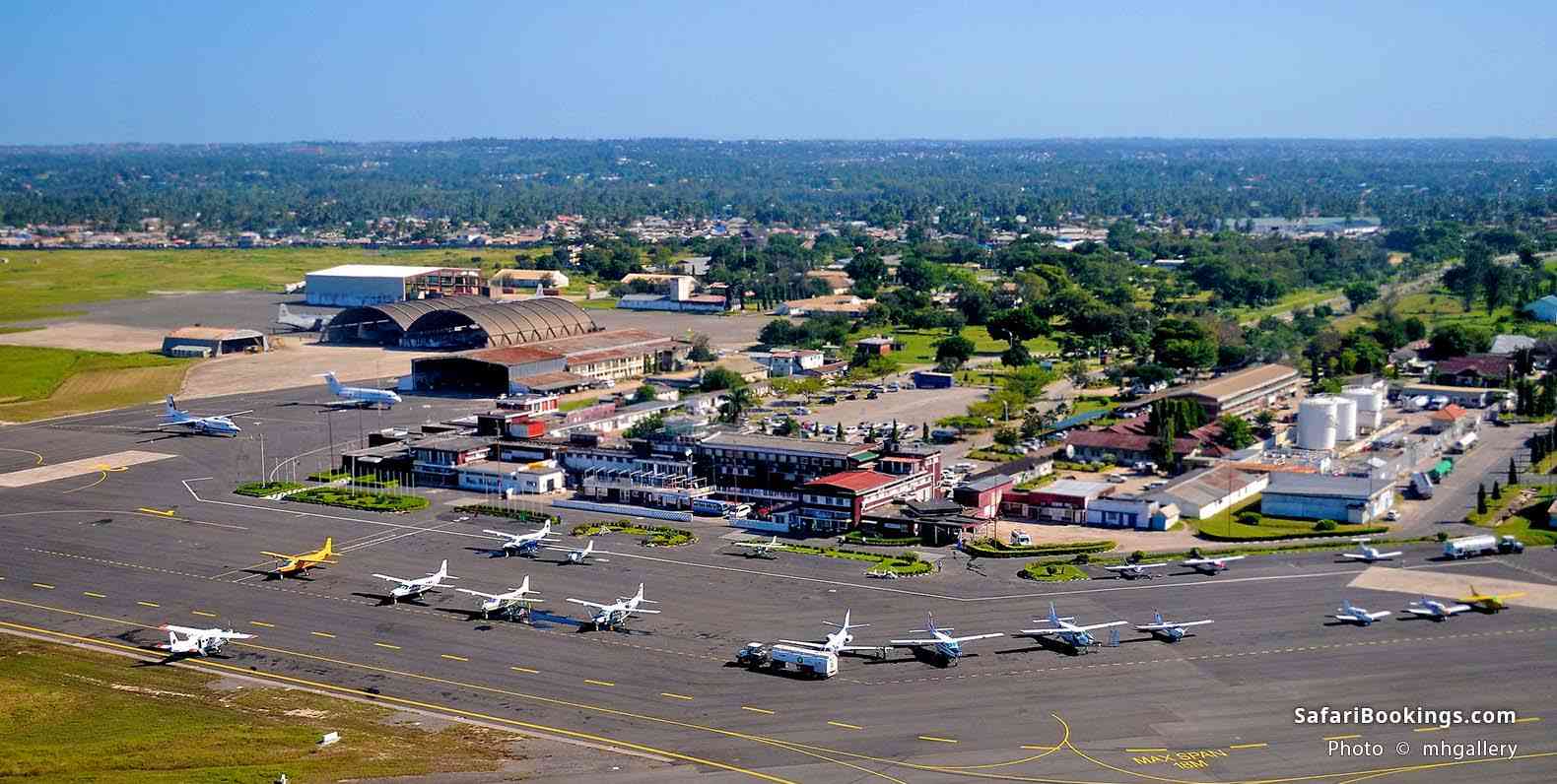 Nairobi is East Africa’s busiest hub, and it’s undoubtedly easier (and usually cheaper) to fly into Kenya’s capital than it is to reach Mt Kilimanjaro Airport (near Arusha) or Dar es Salaam. That said, it’s a question of degree and the difference between the two is rarely a deciding factor in choosing where to go on safari. 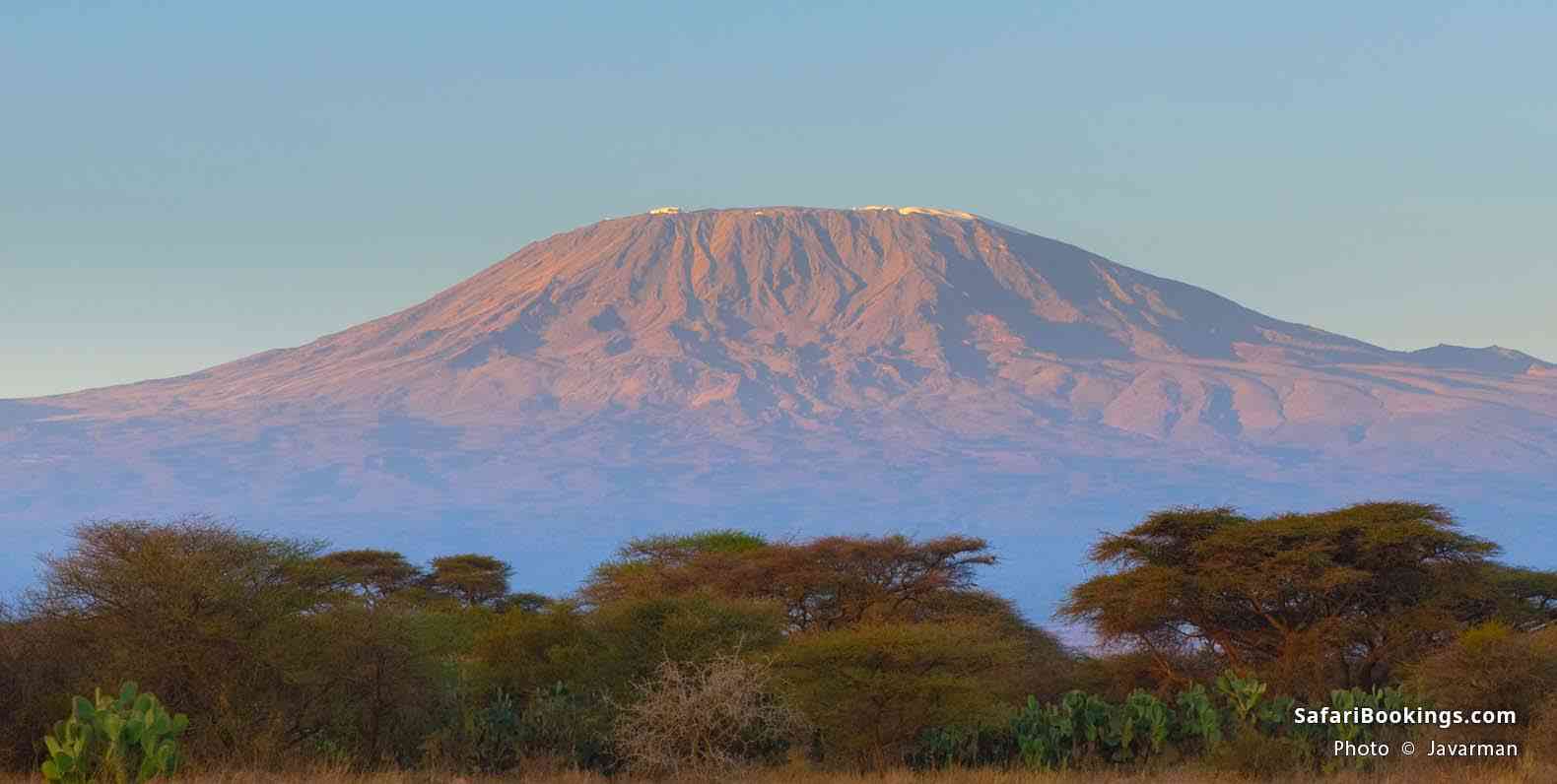 Which is better for a safari, Kenya or Tanzania? Why choose? If you can, visit both!

Places to Visit in Africa