The climate of Selous can be described as warm to hot and humid. Being so close to the equator, temperatures are relatively consistent throughout the year. The period of October through March consists of the warmer months, while June to August are cooler.

The Wet season occurs from November to May. It rarely rains all day long.

In the Wet season, high temperatures are common, along with great humidity. Afternoons are usually around 29°C/84°F and nights drop to 22°C/72°F. 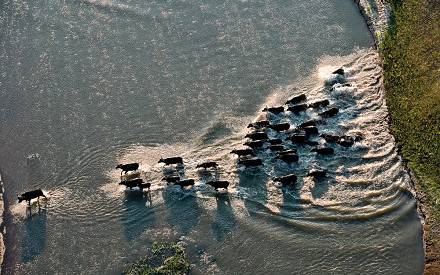