The Kalahari Desert is a large semi-arid sandy savannah in Southern Africa. One of the most interesting Kalahari Desert facts is that it is not a desert in the strictest sense of the word, as it receives too much rainfall - between 5 and 10 inches annually.

However any rain filters rapidly through the vast expanses of sand, leaving nothing on the surface, turning the Kalahari into the "thirstland". The name “ Kalahari” is derived from the Tswana word Kgala, meaning "the great thirst", or Kgalagadi, meaning "a waterless place".

The Kalahari is home to a number of game reserves. These include:

1. Is the Kalahari Desert Hot or Cold? 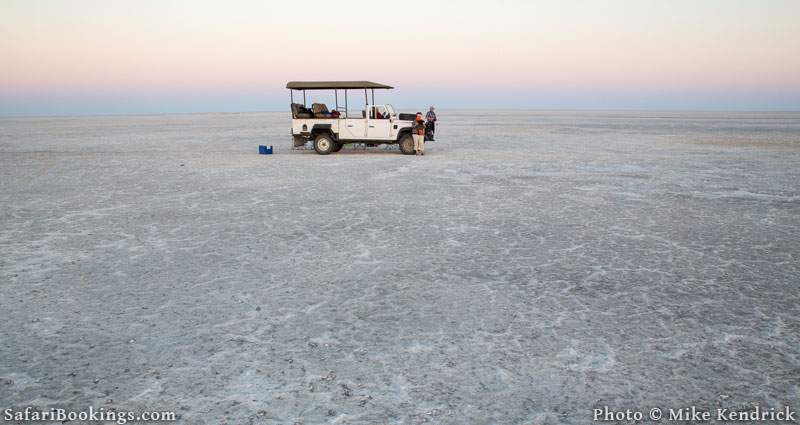 The temperatures in the Kalahari Desert are extreme, with summers being very hot while winter temperatures can go below zero degrees Celsius at night. This is a result of the Kalahari’s relatively high altitude and predominantly clear, dry air.

2. What Is the Temperature Range in the Kalahari Desert? 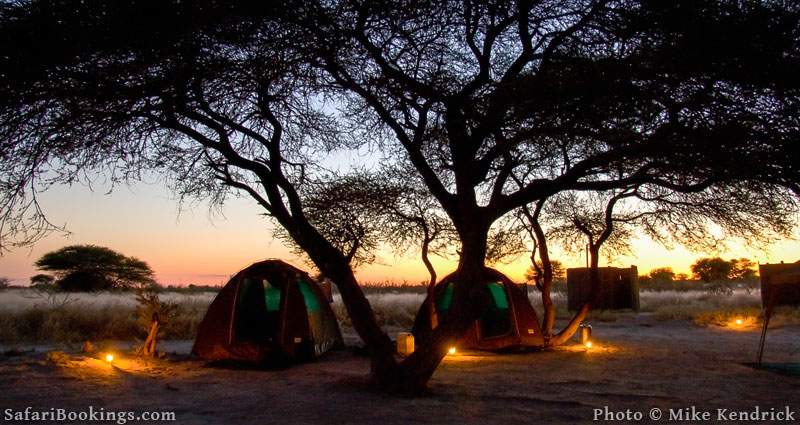 3. How Large Is the Kalahari Desert? 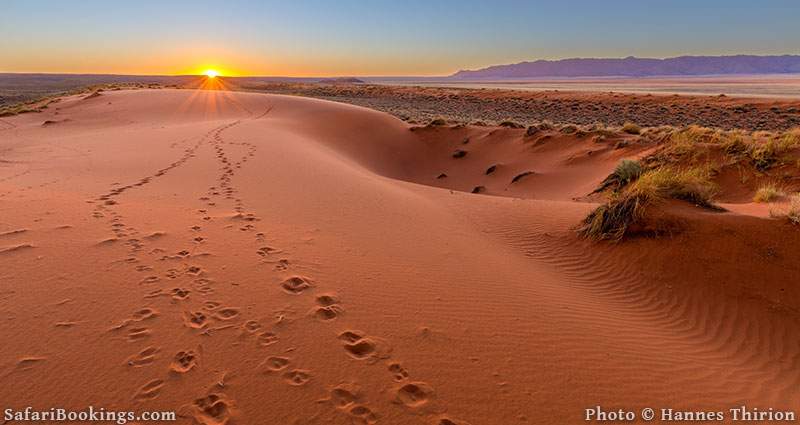 4. Why Is the Kalahari a Desert? 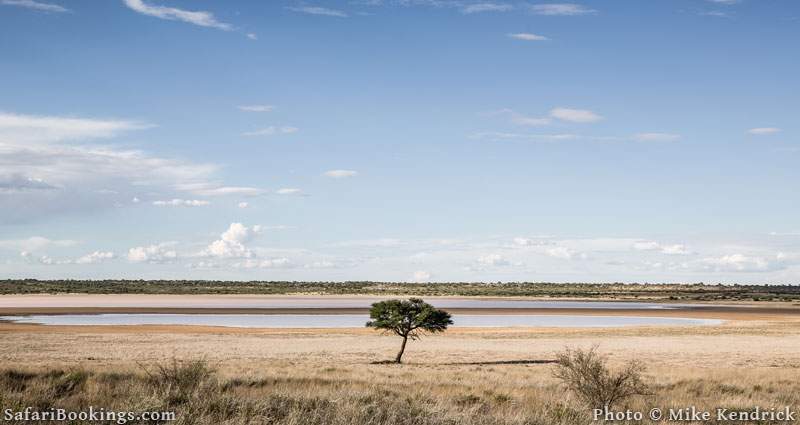 One of the most surprising Kalahari Desert facts is that it is not a desert in the strictest sense of the word. It is a semi-desert. The driest areas receive 110–200 mm (4.3–7.9 in) of rain per year and the wettest can receive more than 500 millimetres (20 in) in very wet years.

Traditionally, an area is classified a desert if it receives less than 10 inches (250 millimetres) of rain annually. A more accurate definition of a desert is a region in which “the evaporation rate is twice as great as the precipitation”. This is true for the southwestern half of the Kalahari. The northeastern portion, however, receives much more rainfall and, climatically, cannot qualify as a desert; and yet, it is totally lacking in surface water. This is because rain drains instantly through the deep sands here, leaving the substrate completely devoid of moisture.

5. What Countries Make up the Kalahari Desert? 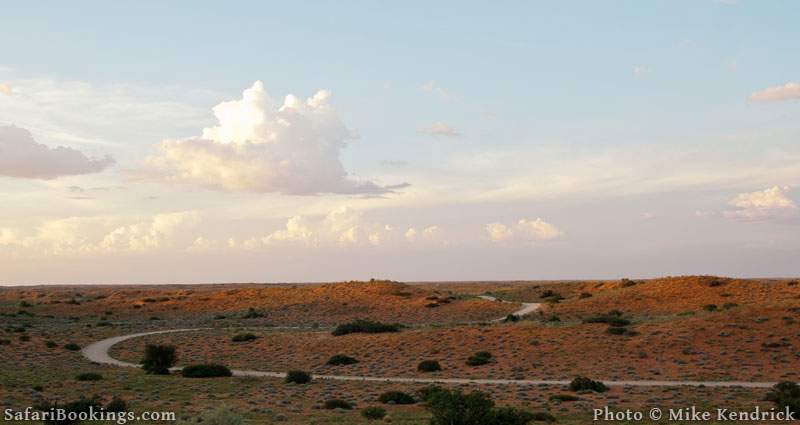 The Kalahari Desert covers much of Botswana, the eastern third of Namibia and the northernmost part of the Northern Cape Province in South Africa.

6. What Wildlife Can Be Found in the Kalahari Desert? 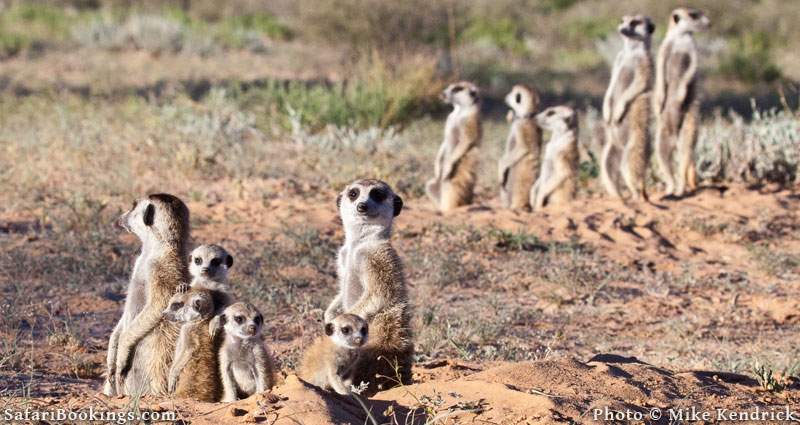 The wildlife found in the Kalahari Desert has to be able to survive the arid conditions. The wetter north has a richer and greater variety of wildlife than the dryer south.

Arid-adapted game includes springbok, gemsbok (oryx), wildebeest, kudu, steenbok and duiker. The Kalahari is home to desert specialties such as meerkat, bat-eared foxes, cape fox and brown hyena. One of the more unexpected Kalahari Desert facts is that all three African big cats can be found here –cheetah, leopard and the famous black-maned Kalahari lions. 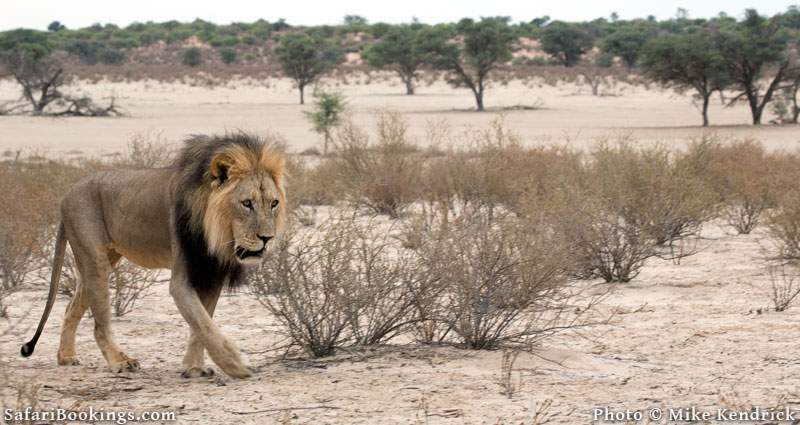 Birdlife includes the secretary bird, Kori bustard, ostrich and a variety of birds of prey, including the martial eagle, giant eagle owl, falcons, goshawks, kestrels and kites. The landscape is dotted with huge nests of sociable weavers, built precariously on trees and telegraph poles.

Many reptiles also live in the Kalahari, including Cape cobras, puff adders, and numerous lizard species. Remarkably some amphibians are also able to survive here, including the bushveld rain frog and the tremolo sand frog. It is incredible to hear the frog chorus commence as soon as the rains arrive.

7. What Kinds of Plants Are in the Kalahari Desert? 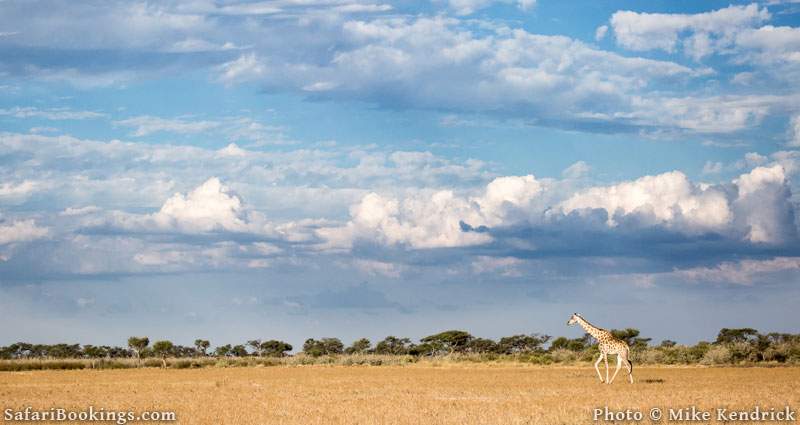 The dryer south-western Kalahari Desert has few trees or large bushes—just scattered drought-tolerant shrubs and grass tussocks. Hoodia cactus grow here, used for thousands of years by the San people to ease hunger and thirst. Other edible plants found here include tsamma melons and gemsbok cucumbers – used by both animals and humans.

The central Kalahari, with more rain, has scattered trees (several species of Acacia) and more shrubs and grasses. In the wetter north and east, there are woodlands mainly made up of camelthorn acacias. Endemic to the Kalahari, the camelthorn is a crucial part of the desert ecosystem, producing nutrients that encourage other plants to grow around its base and providing shade for animals. Other trees that grow in this area include shepherd's tree, blackthorn and silver cluster-leaf.

8. What Type of Desert Is the Kalahari? 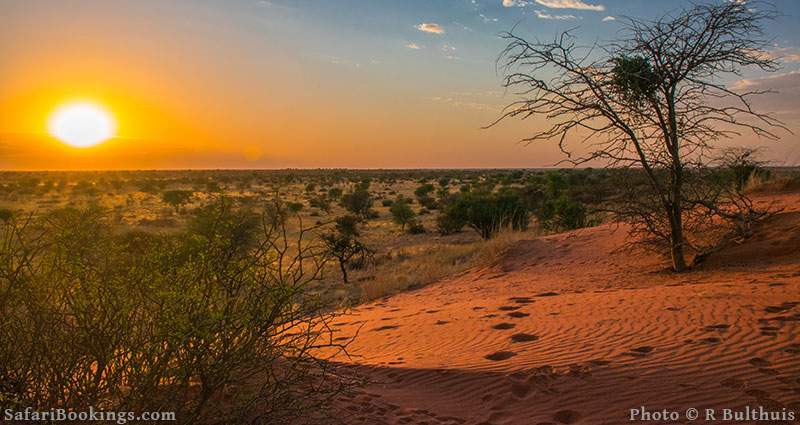 The Kalahari Desert is a large semi-arid sandy savannah. Even where the Kalahari "desert" is dry enough to qualify as a desert in the sense of having low precipitation, it is not strictly speaking a desert because the ground cover is too dense.

9. How Is the Kalahari Related to African Deserts? 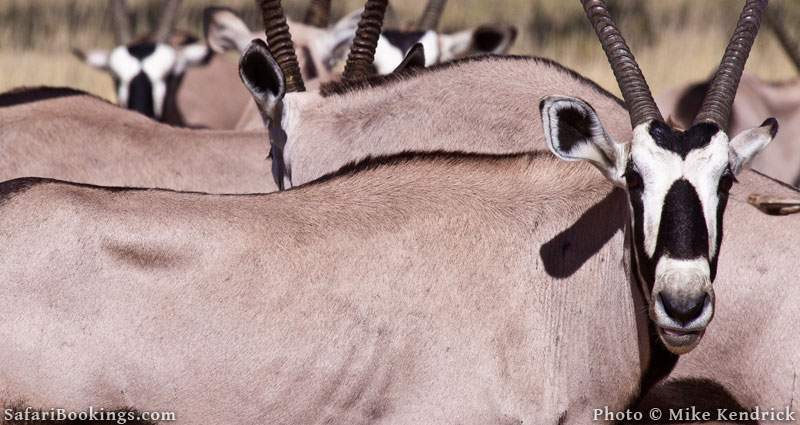 The Kalahari is the southernmost desert in Africa. It is the sixth biggest desert by area on Earth and the second biggest in Africa after the Sahara. In the southwest it merges with the Namib, the coastal desert of Namibia.

10. Where Is the Kalahari Desert Located on a Map? 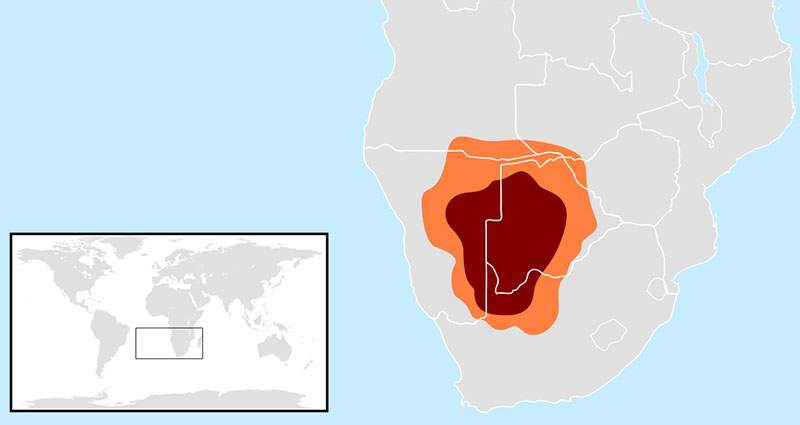 The Kalahari Desert is located in Southern Africa, covering much of Botswana, the eastern third of Namibia and the northernmost part of South Africa’s Northern Cape Province.

Places to Visit in Africa