Top 10 Best Things to Do in Victoria Falls

Admiring the world’s largest waterfall tops most people’s list of things to do in Victoria Falls. However, there are many other activities on both the Zambian and Zimbabwean sides of the Zambezi River. The banks of Africa’s fourth-longest river attract a range of wildlife. The tourist industry dates back to the early 1900s, and offers a variety of activities, from cruises to safaris. 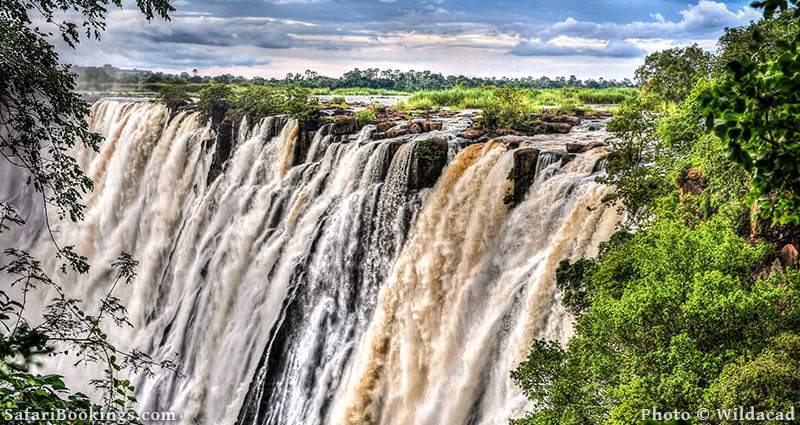 Seeing the world’s largest waterfall is quite simply one of the planet’s greatest travel experiences. Witnessing the watery spectacle should begin your itinerary of Victoria Falls activities. It can be seen from across the spray-filled ravine on the Zimbabwean side of the border or from the eastern viewpoints on the Zambian side. This barrage of churning water is 100m/328ft high and 1.7km/1mi wide. Locals call it Mosi-oa-Tunya, ‘the smoke that thunders’, an appropriate name for a sight that fills spectators with excitement and awe.

Water levels in the Zambezi, which feeds the falls, are normally at their lowest in October and November, at the end of the dry winter period. To see the falls at their strongest and loudest, visit between February and May, after the summer rains. Christmas is also busy here, as are the winter months from June to August, when many people visit the region for wildlife watching.

Take a boat trip to this tiny piece of land clinging to the precipice of Victoria Falls. Its palm trees emerge from the mist. David Livingstone, the Scottish missionary and explorer, stood here in 1855. He named the falls after Queen Victoria. Today, the area is a Unesco World Heritage Site. Explore the island, its trees bending beneath the constant spray, to appreciate why this roaring cascade made the list of the Seven Natural Wonders of the World. Fancy a cucumber sandwich in the mist? Afternoon tours include high tea. 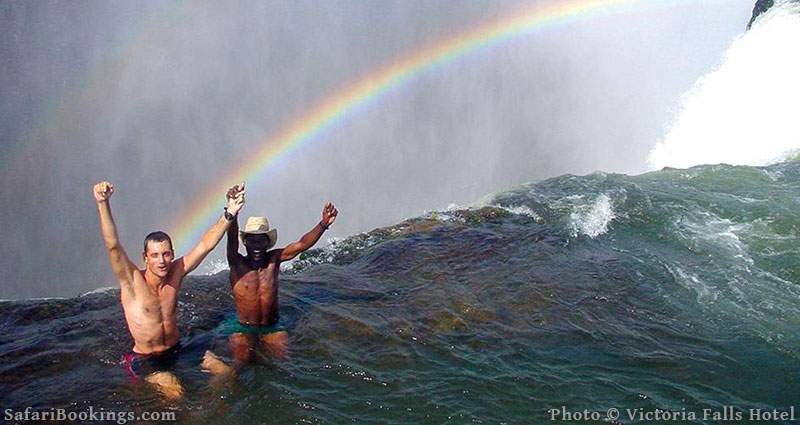 From Livingstone Island, brave souls and adrenaline lovers can continue towards the mighty roar of the falls. Pick your way over rocks and through streaming water to finally come to a boulder. From here you can prepare to leap enthusiastically into Devil’s Pool, on the pulsing lip of the falls. Across the abyss, on the far side of the chasm formed by the falls, tourists wave from a viewpoint in Zimbabwe. Here on the Zambian side of the river, take a deep breath and hurl yourself into the white water, egged on by the grinning guide. Resurface and sit on the rocky ledge known as Devil’s Armchair. Millions of litres of water plummet downwards, and the spray rises hundreds of metres into the air. 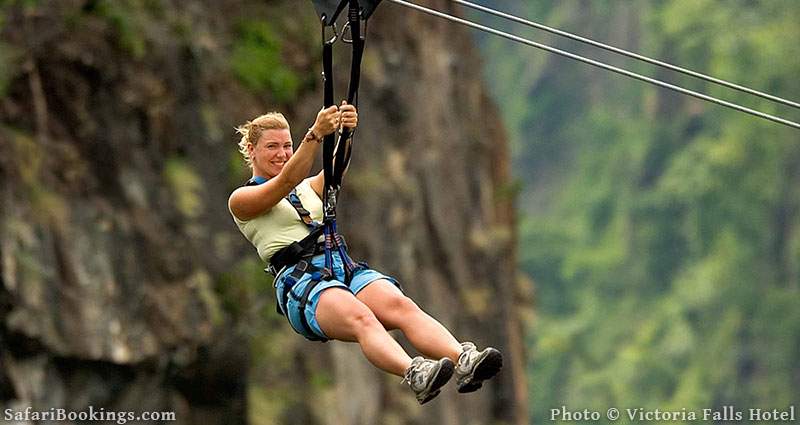 There is a wide range of fun and adventurous things to do in Victoria Falls, including river boarding, zip lining, gorge swinging, fishing, canoeing and elephant-back safaris. The Zimbabwean Government is planning to develop Victoria Falls town, with controversial ambitions to build a new theme park. For now, much of the action is still in Zambia. Lodges and tour operators in and around the town of Livingstone can fill a few days with Victoria Falls activities. Options include a one-day white-water rafting trip tackling Zambezi rapids such as Devil’s Toilet Bowl and Oblivion, which live up to their names. There’s also microlighting in a small private aircraft, and, of course, putting in hammock time at a riverside bush lodge. 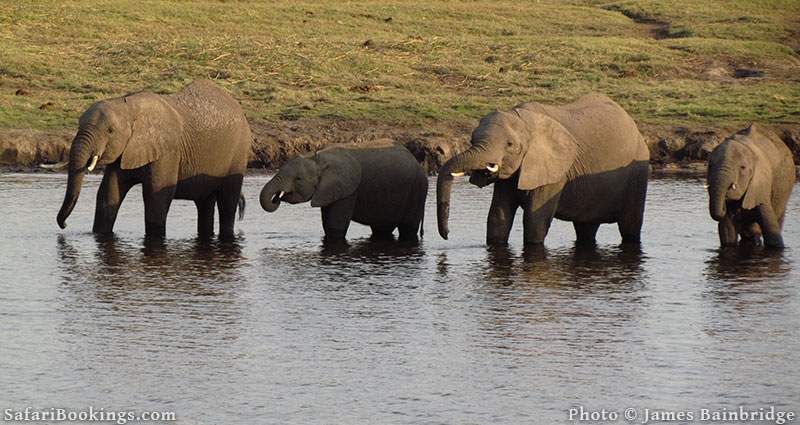 Of all the things to do in Victoria Falls, one of the most essential activities is a cruise on the Zambezi. With a morning coffee, or sundowner (drink of choice while watching the sunset), in hand, you can watch hippos snorting. The two-hour cruises explore the channels, islands and savannah-lined shores of the Upper Zambezi. The falls are a dramatic dividing line between the river’s upper and middle sections. On the wildlife-focused trips, you might spot crocodiles, herds of elephant bathing in the river and African fish eagles wheeling overhead. Rhinos, buffaloes, giraffes and antelopes may also be seen lapping in the shallows. There are many different boats and packages, so it’s worth shopping around. 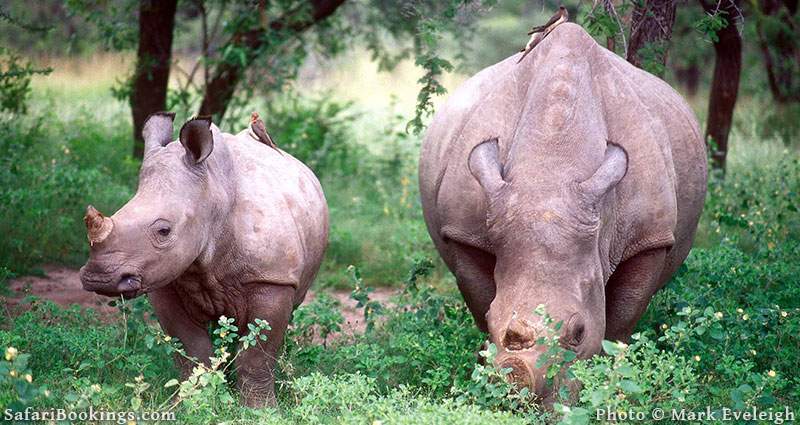 7. Cruise into the Past 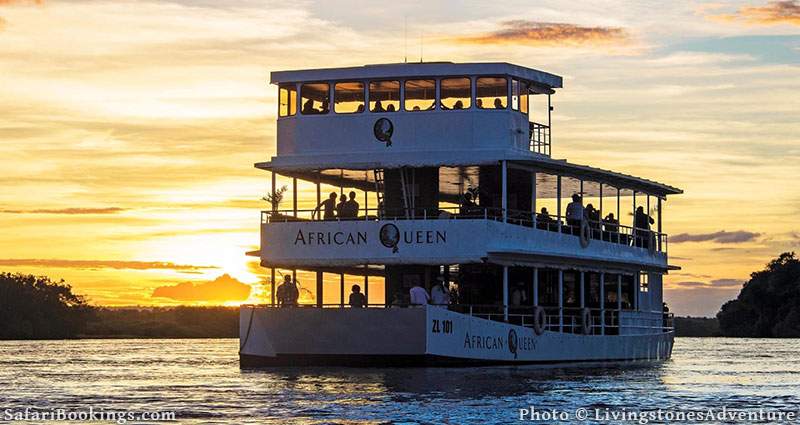 The African Queen, a triple-deck, 21m/70ft sailboat, and the smaller African Princess resemble the classic riverboats of a bygone era. Sipping a cocktail as sunset tints the Zambezi pink, you may feel a nostalgic connection to the early tourists, who began flocking here around 1905. Book through Livingstone’s Adventure to enjoy breakfast, lunch or, best of all, the golden hour on board. 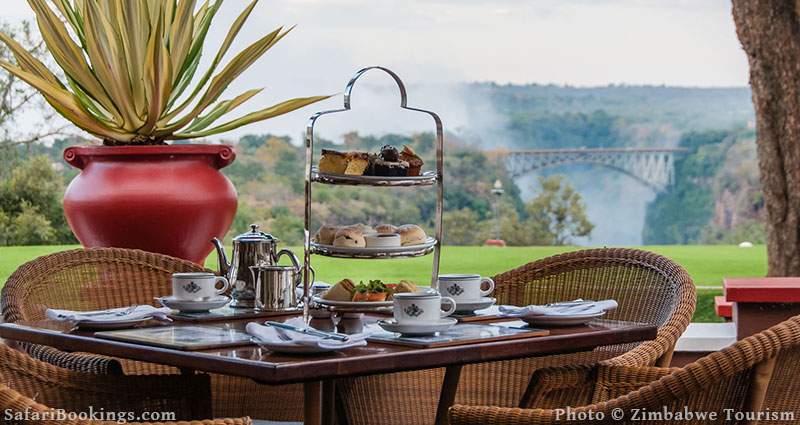 In Victoria Falls town, it is well worth visiting (or even checking into) the hotel of the same name. The British built this gracious old pile in 1904 to accommodate workers on Cecil Rhodes’s never-realised Cape-to-Cairo railway. Enjoy a cocktail or high tea on the veranda, with views of the falls and Rhodes’ Victoria Falls Bridge. It’s a lazy way to appreciate the Zambezi, and a good way to recover from Devil’s Pool.

9. Cultural Things to Do in Victoria Falls 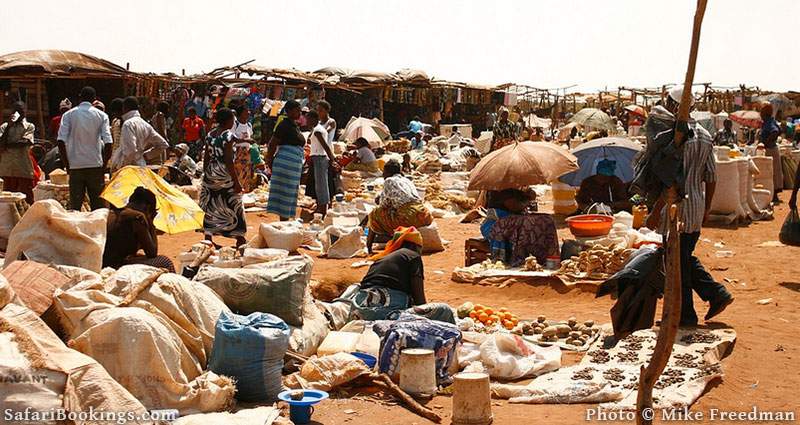 Visiting the area is not just about the falls and river-based activities. Livingstone and Victoria Falls are African towns in their own right. Both are inhabited by the indigenous Tokaleya who consider the falls sacred. Meet (and haggle with) them at Livingstone’s Maramba Markets, where stalls sell everything from craftwork to popular snack mopane worms. It’s possible to organise a guided visit to a traditional Tokaleya village.

The Livingstone Museum, Zambia’s largest museum, includes an exhibition of letters, photos and artefacts relating to David Livingstone. The Scotsman encountered Victoria Falls on his six-year journey down the 2,500km/1,553mi-long Zambezi. This made him the first European to traverse a significant chunk of Southern Africa. The river rises in marshy northern Zambia and crosses eastern Angola. It runs along Zambia’s borders with Namibia, Botswana and Zimbabwe to Mozambique, where it empties into the Indian Ocean. Such was Livingstone’s religious zeal that he regarded the falls as simply an inconvenient obstacle on his journey. 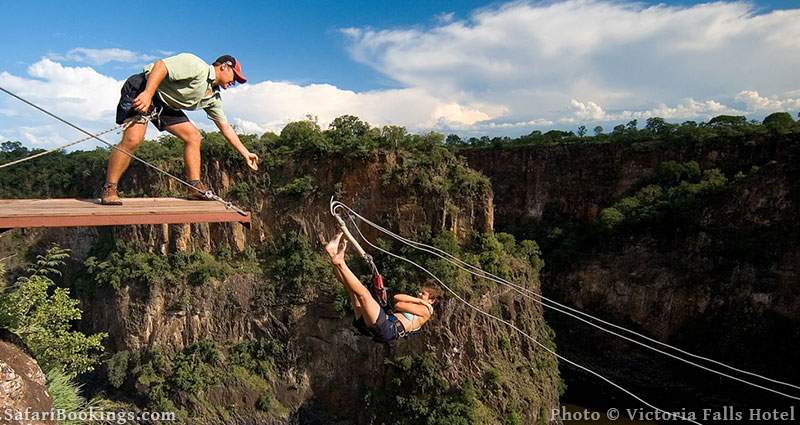 Add extra drama to the falls by hurling yourself 111m/364ft from Victoria Falls Bridge. The steel landmark arches high above the frothing Zambezi and crosses the international border. If that sounds a little too hair-raising, take the bridge tour or the 300m/984ft zip line. There’s also the bridge swing, consisting of an upright 80m/262ft freefall followed by an arc alongside the falls.

SafariBookings is the largest online marketplace for African safari tours. Easily compare offers from 3,611 specialized tour operators. Make decisions like a pro by using and guides.
More About Us