Isalo National Park has a dry tropical climate. There is little rainfall but most rain falls in the Wet season months from November to April. Temperatures are very uniform throughout the year and average at 29°C/84°F. The hottest months are November to March and at this time the humidity is high.

It hardly ever rains in the Dry season months. Daytime temperatures average at 27°C/81°F and the humidity is low. Nights cool down a lot to an average temperature of 14°C/57°F.

Although this is the Wet season, it doesn’t rain a lot. The first rain will come as a relief. Daytime temperatures average at 32°C/90°F. 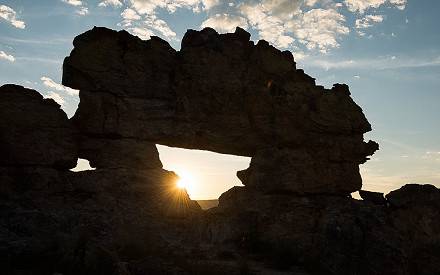