How the Ruaha Carnivore Project is saving Tanzania’s Lions

Mention the word safari, and most people would instantly think of lions – it’s hard to imagine a wild African landscape without them. Yet these kings of the jungle are fighting for survival – they could be extinct within the next 30-40 years.

Conservationists on the ground are working hard to protect these vulnerable predators at risk from habitat loss, poaching, trophy hunting and human-wildlife conflict. I went to meet the Ruaha Carnivore Project in Southern Tanzania to learn about their challenging and inspiring work.

Ruaha – Land of the Lions 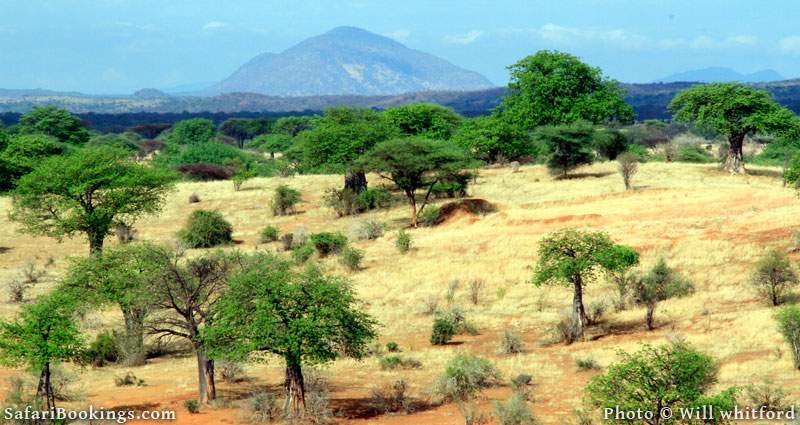 We’re parked up by a thorny acacia where a lioness is taking shelter from the scorching heat, panting incessantly. Our guide Dulla looks puzzled, “I don’t recognise this one,” he whispers. “She’s heavily pregnant and I think she’s new to this area.” Most of the lion prides in this park are well known by guides and rangers. They’ve been documented for nearly ten years through the work of Ruaha Carnivore Project (RCP), part of Oxford University’s WildCRU team.

Dulla starts entering information about our lion sighting on his tablet, which includes:

We note her bulging belly, dark swollen nipples (a consequence of her pregnancy) and a strange nick on the edge of her ear. Lions are identifiable by their whisker patterns in the same way that humans are by their fingerprints – each individual has a different pattern. We try to take photographs but the thorns and scrub in which she’s resting obscure her face.

Tourism and conservation working together

This might seem a strange task for tourists on a game drive. But our lodge, the beautiful Jabali Ridge, owned by safari operators Asilia Africa, supports Ruaha Carnivore Project in their research. In total, RCP has trained some 30 guides from ten lodges in the park to collect data and photographs of the lions. With such a vast area to cover, the more eyes on the ground, the better. 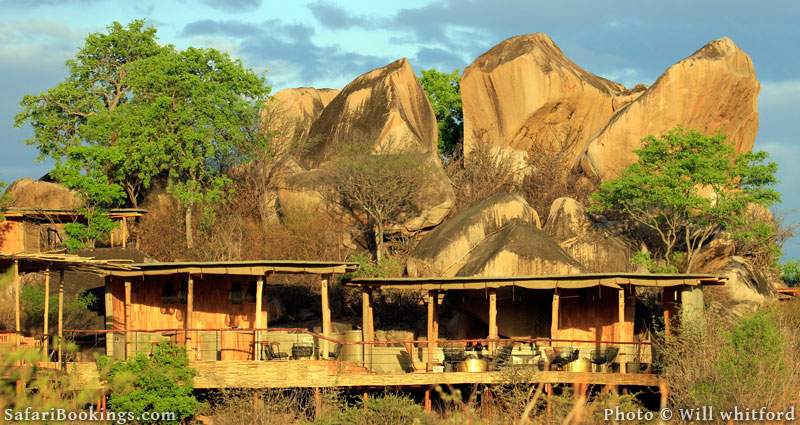 The next day, I visit RCP’s base camp in Kitisi Village outside the national park. Ana Grau, RCP’s Assistant Field Operations Manager, shows me spreadsheets of all the information sent by guides and by their team. A map reveals the territories of the 28 recorded prides and red patches on ‘hot maps’ show locations of the most common sightings. Similar charts and maps apply to cheetah, leopard, wild dog and hyena. 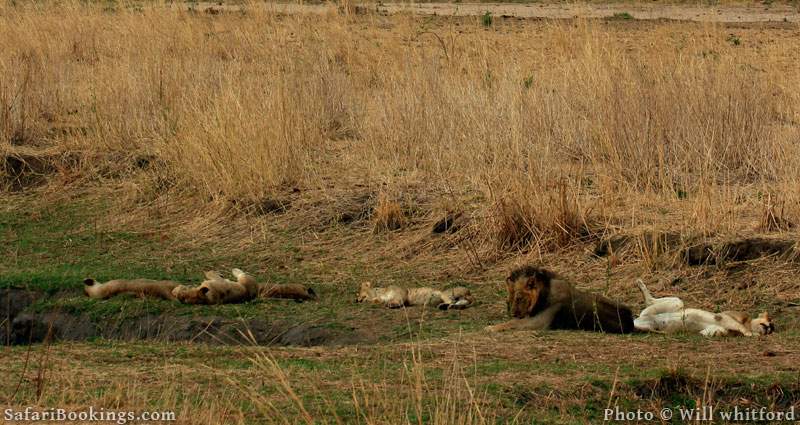 But the lions don’t just stay within the park – there are no fences here. They prowl onto neighbouring village land where other prides live too. And this is where conflict develops between lions and local people whose livestock is their lifeblood.

Village life and the Barabaig tribe

Kitisi is a sprawling village of mud-brick houses spread along a dusty terracotta-coloured road. As we drive, the road becomes indiscernible and we pass homesteads scattered far and wide, often miles from their nearest neighbours. This is one of 12 villages supported by RCP: in total, they’re home to around 24,000 people. 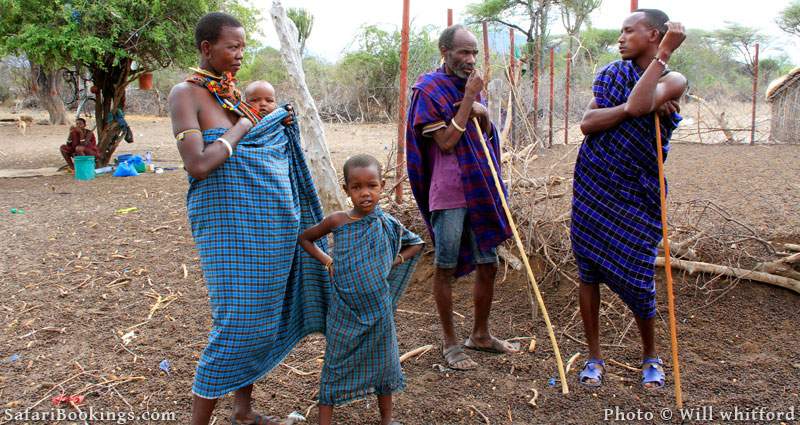 Many are Barabaig, traditionally a secretive, nomadic tribe considered to be outsiders. As pastoralists, they would move around the country seeking fresh grazing for their cattle. But with Africa’s population booming, space is becoming ever scarcer and the Barabaig have fewer places to go. They have little education or health care, nor veterinary care for their herds, and they live without electricity or running water.

BenJee Cascio, RCP’s Lion Defender Manager, tells me about the Barabaig’s cultural hatred of lions: they are the enemy that kills their cattle, their only source of wealth. As a rite of passage, men have traditionally killed lions to become warriors. After a kill, it’s party time, when the new warrior is bestowed with gifts in lively celebrations involving the whole community. Hunts and poisonings have been commonplace too, in retaliation for lions killing cattle or for protection of their livestock.

With assistance from the Maasai Lion Guardians of Kenya, RCP now has a team of 13 trained lion defenders. They’ve become respected role models not for killing the big cats but for saving livestock. They track lions, notify villagers when the predators are around and scare them away. They even return cattle that have gone astray in the bush. And they help to build new, lion-proof wire bomas (cattle enclosures) or strengthen the more traditional ones made of branches and thorns. 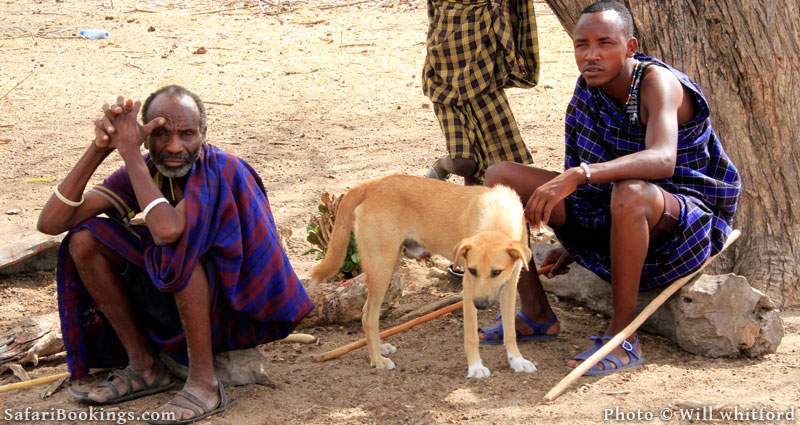 Through these actions, livestock killings have reduced by a staggering 60%. No wonder these guys have become local heroes.

Changing age-old traditions takes time however and hunts still occur, particularly in revenge for livestock lost to lions. Part of the lion defender’s role is to discourage or divert these adrenalin-fuelled hunts. It is perhaps the most difficult part of the job, taking all their powers of persuasion. But even here, they’re making an impact.

“Before we started, around 60 lions a year were being killed by the Barabaig,” BenJee explains. “This year, just four were killed.”

And they celebrate this too. In a clever twist, instead of the dances that would have taken place after a kill, the RCP now throws a party for the Barabaig when they haven’t had a hunt for a month.

For communities like the Barabaig or the Maasai to support conservation, they need to see that protecting wildlife is directly linked to a genuine benefit that will help relieve the poverty of their lives. In another clever move, the Ruaha Carnivore Project has done exactly this in their community camera trap initiative. 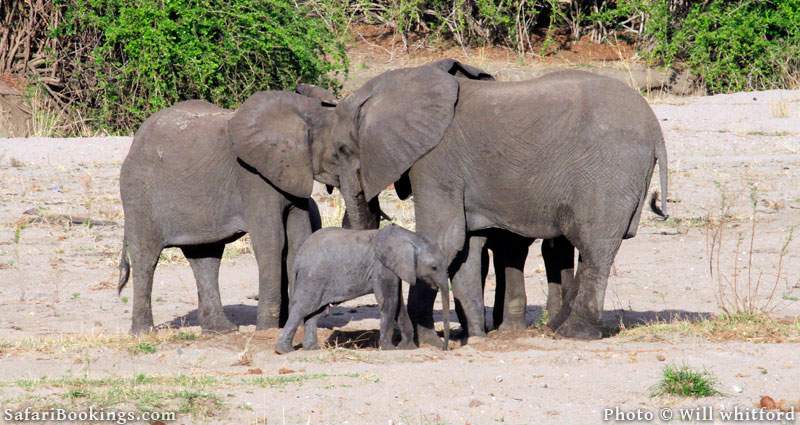 Amy Dickman, Ruaha Carnivore Project 's founder from WildCRU, explains how they had set up camera traps to learn more about the wildlife that visits the villages. Initially, the Barabaig mistrusted them: many were stolen or damaged. So the team set up an innovative competition using an escalating points system for the animals photographed: a lion is worth 15,000 points compared to a harmless dikdik worth 1000. Village committees collate the photographs and the one with the highest points over a three-month period wins. Their prize is $2000-worth of educational, healthcare or veterinary materials of their choice, along with one of their much-loved parties to celebrate.

Education is central to Ruaha Carnivore Project's community work. They provide meals in primary schools which have massively increased attendance and attainment – it’s difficult to learn on an empty stomach. They’ve arranged twinning programmes for several schools that provides educational materials for the children. They fund children through secondary school and university, and have held wildlife DVD screenings to over 30,000 people. And they take locals into the park to see the wildlife from a different perspective. “They never knew lions could be gentle,” Amy tells me. 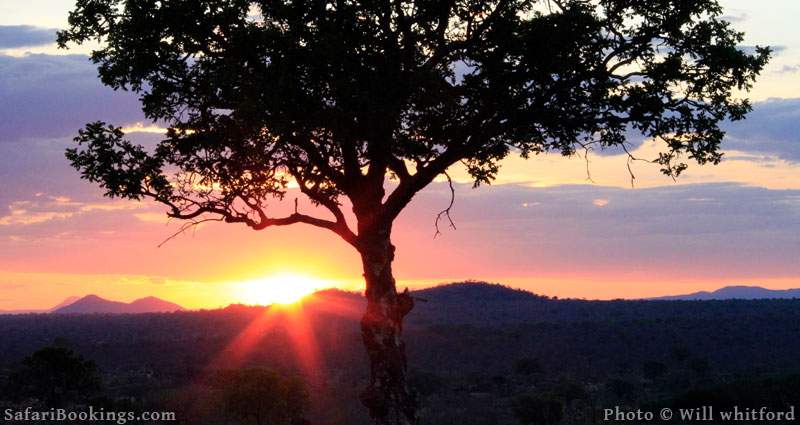 Before I leave, I ask Daudi, one of the lion defenders, what he enjoys most about his job. “I love what it brings to our community,” he replies. “All the good things like schools and roads and the benefits that come from stopping lion hunts.”