Hwange experiences a mild to warm climate. The warmest months are September to March, while May to August are the coolest. The Dry season occurs in April through October and brings fine, fair weather. The Wet season happens from November to March, and consists of showers in the afternoon followed by clear, sunny skies. It can sometimes lightly shower for days at a time. Winter corresponds to the Dry season and summer to the Wet. They are at opposite times to those seasons in Europe and North America. 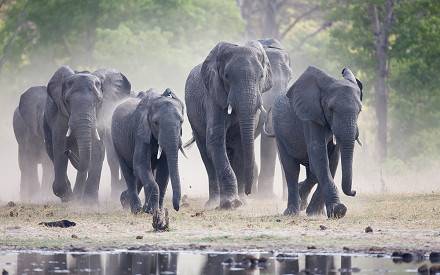