The elephant population in Hwange is one of the largest in the world. The big herds congregating around the waterholes at the end of the Dry season is a sight to behold. All of the Big Five are present and easily spotted, with the exception of black and white rhino as numbers are low.

Hwange is one of the few places in Zimbabwe to see giraffe. Unusual antelope to look out for include greater kudu, gemsbok, sable and roan antelope. Spotted hyena is commonly seen at dawn and dusk, and the population of wild dogs is one of the largest in Africa.

The middle and end of the Dry season (from July to October) is the best time for wildlife viewing in the park. During these months vegetation is thinner and animals gather around predictable water sources. At this time it is quite common to see a large variety of animals drinking at the artifical waterholes, and there is always a chance to witness a kill. 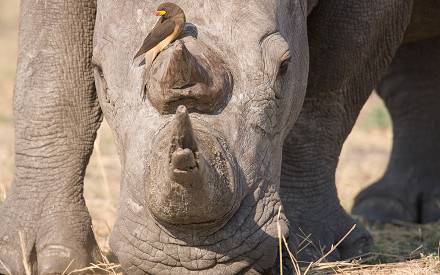