10 Beautiful Islands Off the Coast of Africa

When people think of Africa, they most likely imagine the savannahs, jungles and deserts of the main continent. Yet the islands off the coast of Africa are some of the most spectacular in the world, with stunning beaches, a host of marine wildlife, architecture and cuisines influenced by numerous cultures and hinterlands of lush hills and volcanoes. Here are ten of the most beautiful. 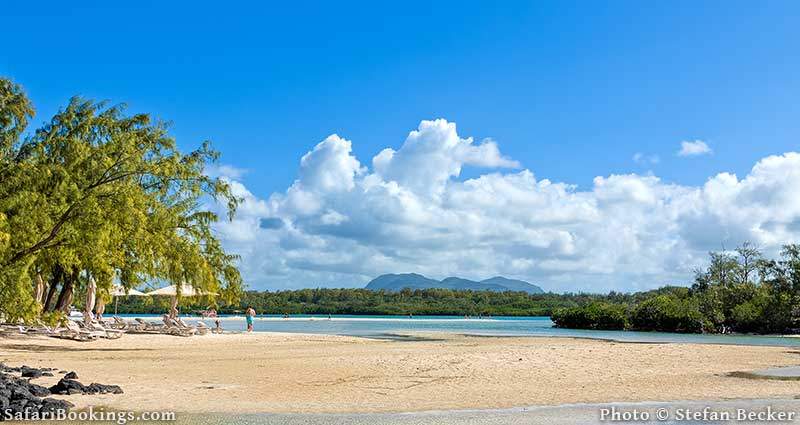 An island bursting with color, Mauritius is so much more than a beach destination (though its white-sand shores are indeed beautiful). With rich, green rainforests, craggy mountains, silvery waterfalls and a diverse and delicious foodie scene, there’s plenty to enjoy when you’ve had your fill of beach time. Mauritius is also one of the best places in the world for windsurfing and kitesurfing. 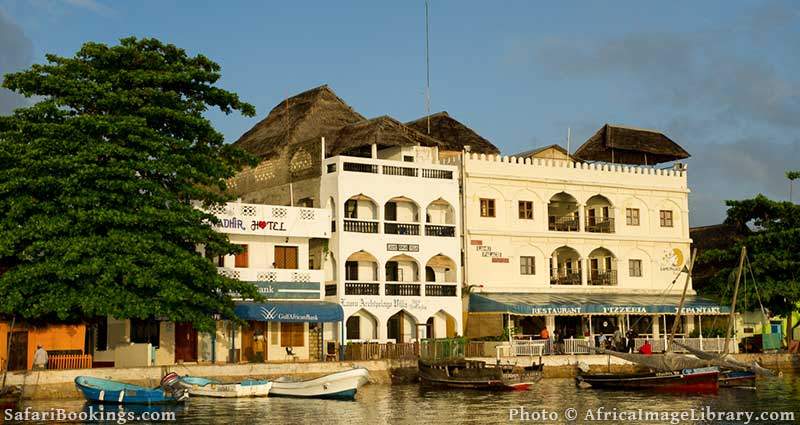 Lamu is one of the oldest Swahili settlements in East Africa. Just off the coast of Kenya, it’s a peaceful island, free of cars and surrounded by the Indian Ocean. History buffs should spend some time in Lamu Town, which is full of old Swahili architecture, with buildings made of mangrove timber and coral stone, and huge, carved wooden doors. 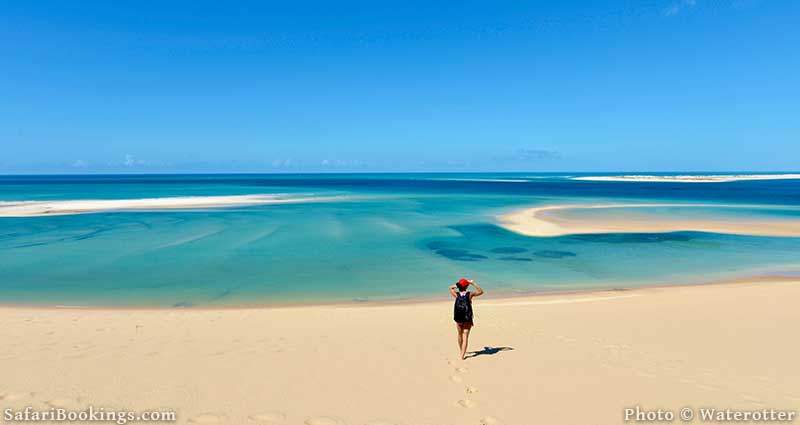 Swim with dolphins, explore the protected coral reefs and ride horses down the beaches of the islands that make up the Bazaruto Archipelago in southern Mozambique. These are some of the most beautiful islands off the coast of Africa. For ocean lovers, it’s a dream: you might be able to swim with dolphins, whale sharks, turtles or manta rays and spot humpbacks cruising along the coast or even rare dugongs. 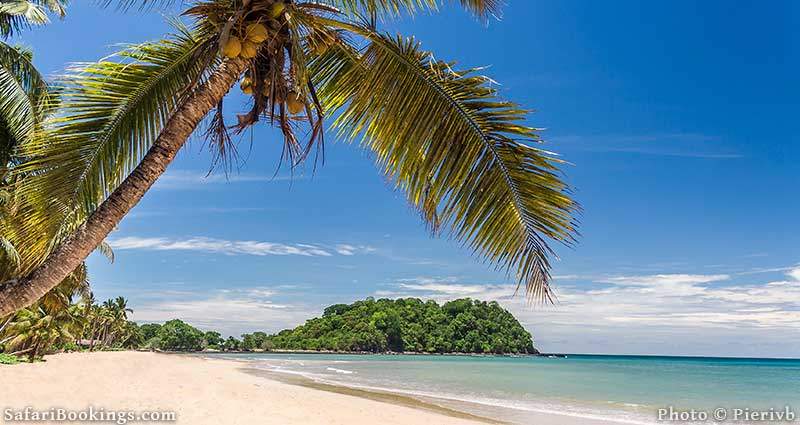 Nosy Be is the perfect place to wind up a wild journey through Madagascar, seeking out the famous lemurs, fossa and aye-ayes. The volcanic island is just 8km/5mi off the northwest coast of Madagascar and is the country’s most popular beach resort. Inland, you’ll find vanilla plantations and crater lakes. 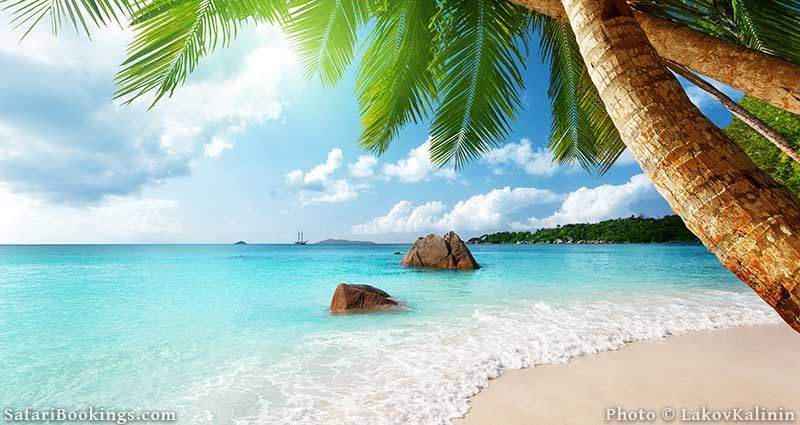 It’s tricky to pick a top Seychelles island, but Praslin National Park, which is home to the UNESCO-protected Vallée de Mai with its huge coco de mer palms, might tip the scales a little. Praslin also has plenty of beaches to enjoy, such as Anse Lazio, regularly cited as one of the best beaches in the world and great for snorkeling. There are also lots of accommodation options from the super high-end to the more reasonably priced. 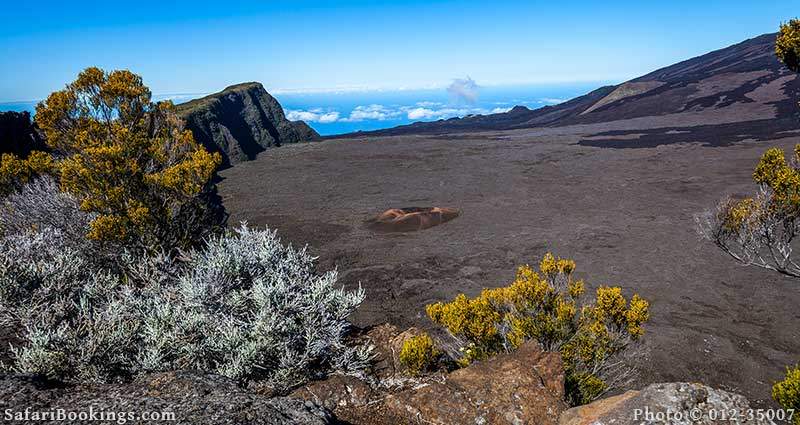 Undoubtedly one of the most beautiful islands off the coast of Africa is Réunion. It is a French region, which makes it part of the European Union and its inhabitants are French citizens. Perhaps Réunion’s most famous feature is the Piton de la Fournaise, an active volcano that can be hiked (when it’s not erupting!). There are many other hiking trails across the verdant island, waterfalls off which to zipline, lava tunnels to explore, sandy beaches and delicious dishes to sample, from the Réunion carri (curry) to French pastries. 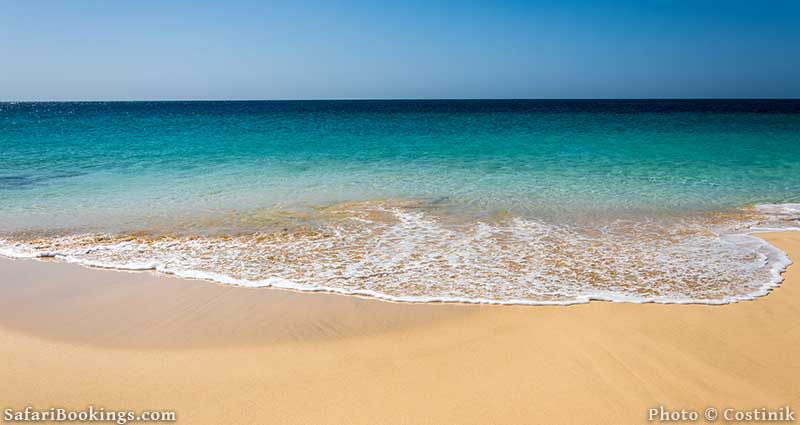 Cape Verde, in the North Atlantic Ocean, due west of Dakar, is made up of ten islands. The most popular is Sal, which has no shortage of golden beaches. The island gets its name from its old salt trade and you can go and see the salt flats, which have been out of operation since the late 1980s. The main town is Santa Maria, which has a long beach and lots of restaurants and bars to try out. 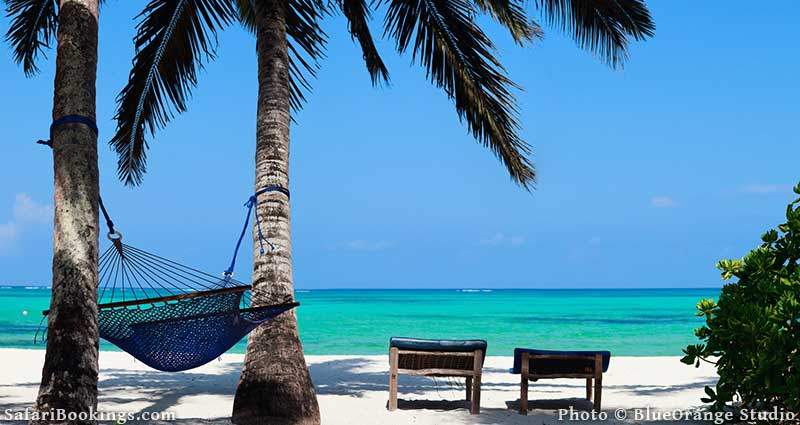 Just off the coast of Tanzania, Zanzibar is one of East Africa’s most well-known beach destinations and ideal for post-safari decompression. As well as beautiful beaches, the island is known for its historic Stone Town, a UNESCO World Heritage Site – it’s a mixture of Ottoman, European, Indian and African influences, such as its series of ornate wooden doors, mosques and the Old Fort. 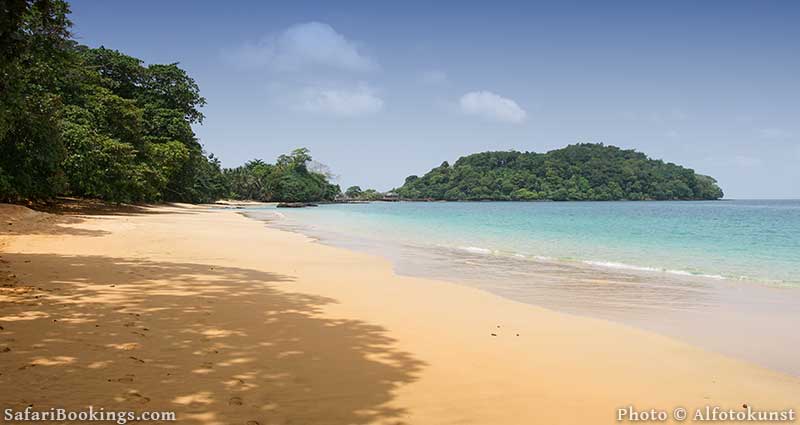 One of the two islands that form São Tomé & Príncipe, Príncipe is the smaller and the most untouched, with just 7,000 inhabitants. Of all the islands off the coast of Africa, Príncipe is the one on the cusp of international recognition: a recently-opened luxury eco-resort has begun attracting more travelers to experience the island’s lush jungle and quiet beaches. One to visit now. 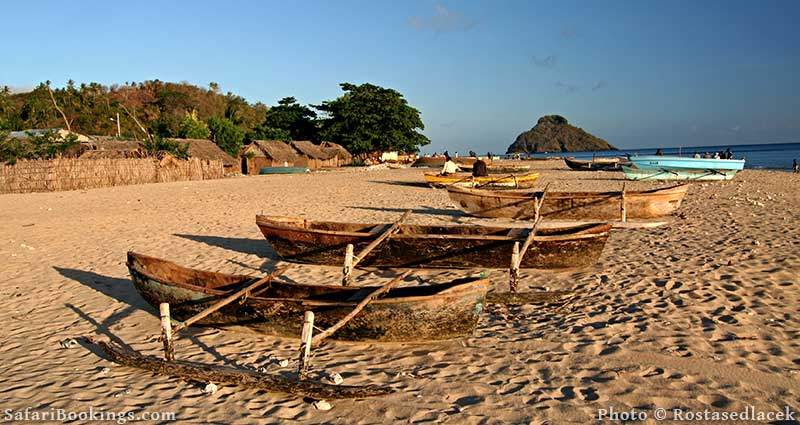 The smallest of the three major Comoros islands, Mohéli is home to the country’s only national park – Mohéli Marine Park. Here, visitors can snorkel with the turtles and tropical fish that live along the coral reef. Whales and dolphins also frequent these shores. The island is still far off the tourist circuit, so it’s perfect for those looking to escape the crowds.

SafariBookings is the largest online marketplace for African safari tours. Easily compare offers from 3,573 specialized tour operators. Make decisions like a pro by using and guides.
More About Us