Walking with the Maasai: A Conclusion

After five of the most memorable weeks of my life, my walk across a part of Kenya’s Maasai lands has come to an end in the forested hills just to the north of Aitong. Over the past few weeks my local Maasai guide and friend, Josphat Mako, and I have met people with stories that even Hollywood couldn’t conjure up.

We’ve met religious leaders, poachers, warriors, conservationists, doctors, activists, scientists, traditional healers, artists, politicians, vision seekers, TV personalities, tourist industry representatives, shepherds and house wives and a host of others. All have been generous with their time, hospitality, expertise and, most especially, their stories (and almost all of them have been patient enough to allow me to photograph them). Over these weeks we’ve climbed mountains, pushed our way through forest undergrowth, strolled over savannah grasslands and been soaked in thunderstorms. And we’ve seen animals on almost each and every day. Two of the most memorable walking days saw me stride for hours over grasslands teeming with zebra, wildebeest, giraffe and more. On one of those days as we walked hyenas lopped just ahead of us for what seemed to be hours at a time. 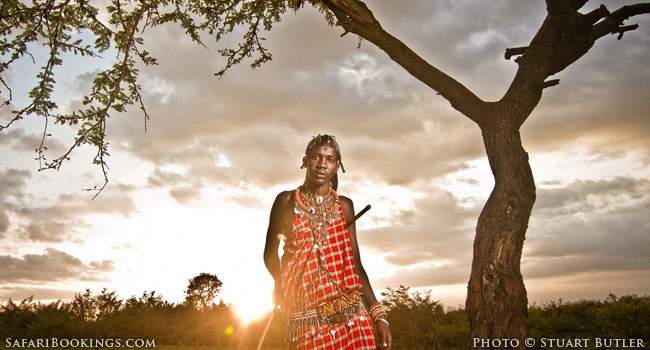 But how to sum up all that we have seen and experienced? I didn’t set out exclusively to find ‘old’ and traditional Maasai life. Instead I wanted to get a broader sweep that showed me how the Maasai live today around the Mara. It was a good job that I had this attitude because it very quickly became apparent that the old ways were almost gone. Again and again I heard that Maasai culture was “dead” or “finished”. I often felt I was ten years too late doing this walk. As it is the old ways do still hang on, but only just and in a few more years it’ll likely be gone forever and in its place a new Maasai culture will emerge.

The old Maasai culture wasn’t the only thing that was going. For me one of the big reasons for doing this walk was for the sheer pleasure of walking with the animals. And almost every single day we did walk with lots of animals. We often walked through the middle of the day. This was both because I would normally be talking with people in the mornings and for safety (and yeah, okay, because I’m lazy and couldn’t be bothered to get out of bed..). When we started out neither Mako or I wanted to stumble into lions, elephant or buffalo on foot but we did both expect it to happen. After five weeks, as we reached the first fenced in fields of crops around Aitong, I felt a little depressed. This was both because this fantastic experience was finally over, but also because in all that time, and over all those miles, something hadn’t happened. We had not once bumped into a single big cat. 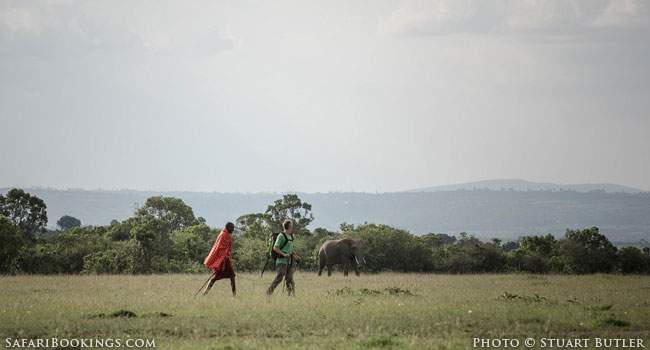 We had only once met an elephant on the trail. And only a handful of buffalo had stared over at us. If you’re on a driving safari with expert guides who have a rough idea where such creatures are then you will leave the parks and conservancies of Kenya thinking that wildlife is abundant. If you walk in random directions for thirty-five days and don’t see any of these creatures then like me you will suddenly realise just how depleted these grasslands really are. Three days before the end of our walk I spoke with an old dorobo man who told me how in his youth he saw lions, rhino and more almost everyday. He said how he had seen the wildlife numbers drop significantly over his lifetime, but even he was shocked and saddened to hear that we had not seen a single lion as we walked. 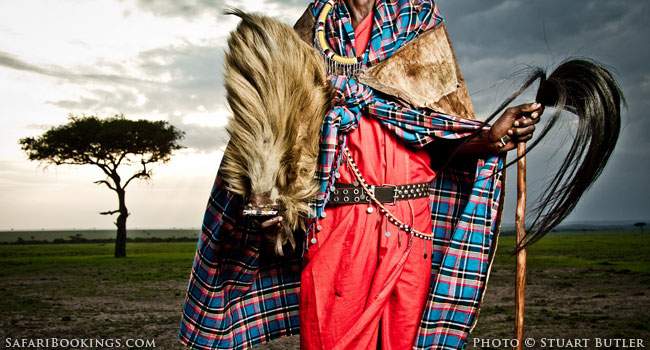 My pessimism for the future of East Africa’s wildlife was only heightened when it came to walking over the conservancies. I’m a huge fan of what they are doing. They have revolutionised African conservation. They are quite probably the future of conservation in Africa. Except that by walking in straight lines across them I suddenly realised that the areas of land I had previously thought were enormous were in fact very small. Too small. I could walk clean across some conservancies in a few hours. For all the good work they are doing I realised that they were not big enough to really reverse the wildlife decline. If we really want to save the wildlife and the Mara ecosystem then the conservancies need to grow and multiply and they need to do it fast or there will be nothing much left to protect.

And now I move onto the next stage of this project. For the next nine or ten months I will be hard at work putting together the books, photo exhibitions and speaking tours. When I started out I had no real idea what the completed books and exhibitions would look like. But as I walked a basic structure came to mind. Chapter names and subjects appeared and I even have a working title for the book: Once we were Lions.

Why have I potentially chosen that name for the book? Talking to people over the past few weeks I couldn’t but help get the impression that the older generations regarded the current generation as somehow inferior. They referred to them as the ‘Nairobi Maasai’ or the ‘digital Maasai’. One old man described them as “chickens”. By contrast, he said that those who remembered the days of warriorhood, those who recalled the excitement of the lion or ostrich hunt, those who knew the fear and exhilaration of the cattle raid and the ‘glory’ of being a moran, well, they had been “lions”. 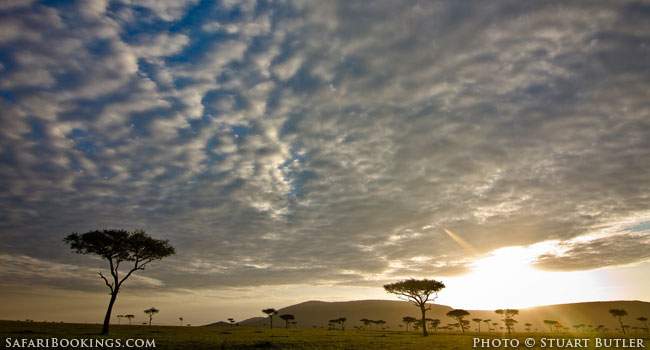 Although the walk is now over I haven’t yet (thanks to other deadlines) finished updating the blog on the project website. For the next few weeks I will continue to update this with brief versions of some of the stories we gathered and tales of the people and animals we met. After that, as I start to properly edit the pictures, I will be regularly updating the gallery and, as we get to the back end of the year I will (I hope!!) start to post information on the European and East African speaking tours, the progress and publication details of the books and the latest news on gallery exhibitions. So, do please continue to follow this projects progress on www.walkingwiththemaasai.com and like the Facebook page.

Finally, a huge thank you to Josphat Mako, Patrick Koyati and Peter Drango for being guides, drivers, translators and cooks extraordinaire – and most especially for being good friends. Also thank you to all the conservancy and lodge managers who so generously helped.