The wild coasts of Madagascar take in some of Africa’s most remote and beautiful beaches, which shouldn’t come as a surprise. Madagascar has more than 5,000km/3,100mi of coastline, including many islands. Yes, there are resorts where the beaches can get crowded, but these are the exception. Coral reefs protect many beaches in Madagascar from the open ocean, beachfront developments are rare, and, for the most part, the beaches lie at the end of long and empty roads or tracks, where there’ll usually be no one else around. There are so many beaches to choose from – these are our favorites. 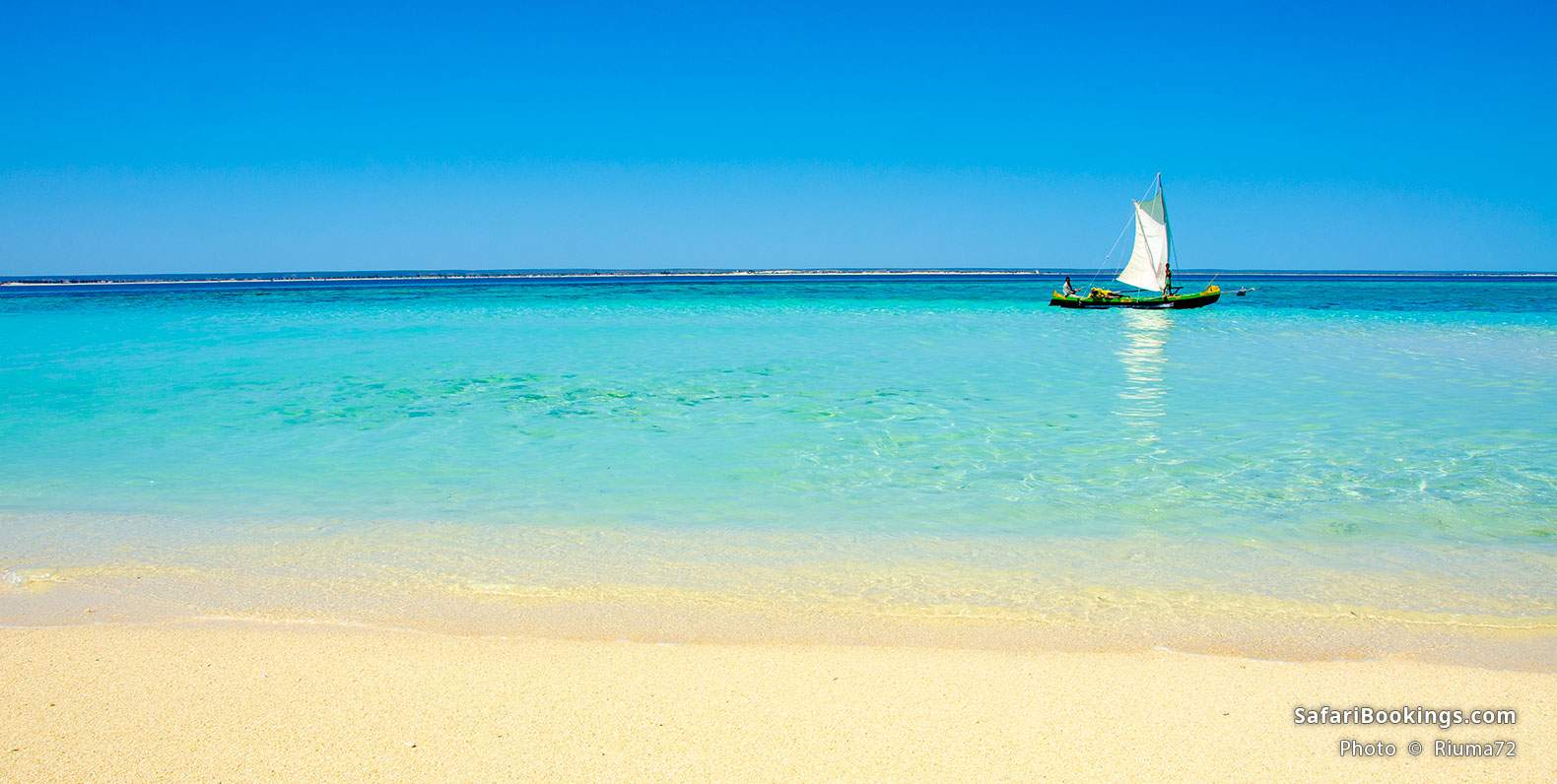 Beach scene with fishing boat at Anakao in Madagascar

The beach at Anakao, in Madagascar’s far southwest, seems to go on forever. There’s enough infrastructure here to make things accessible and comfortable, but it never gets in the way and it never spoils the view. That includes some low-key resorts, a few beach shacks selling food, a dive-and-snorkel outfit, and a man with a boat who’ll take you out to see humpback whales from July to September. 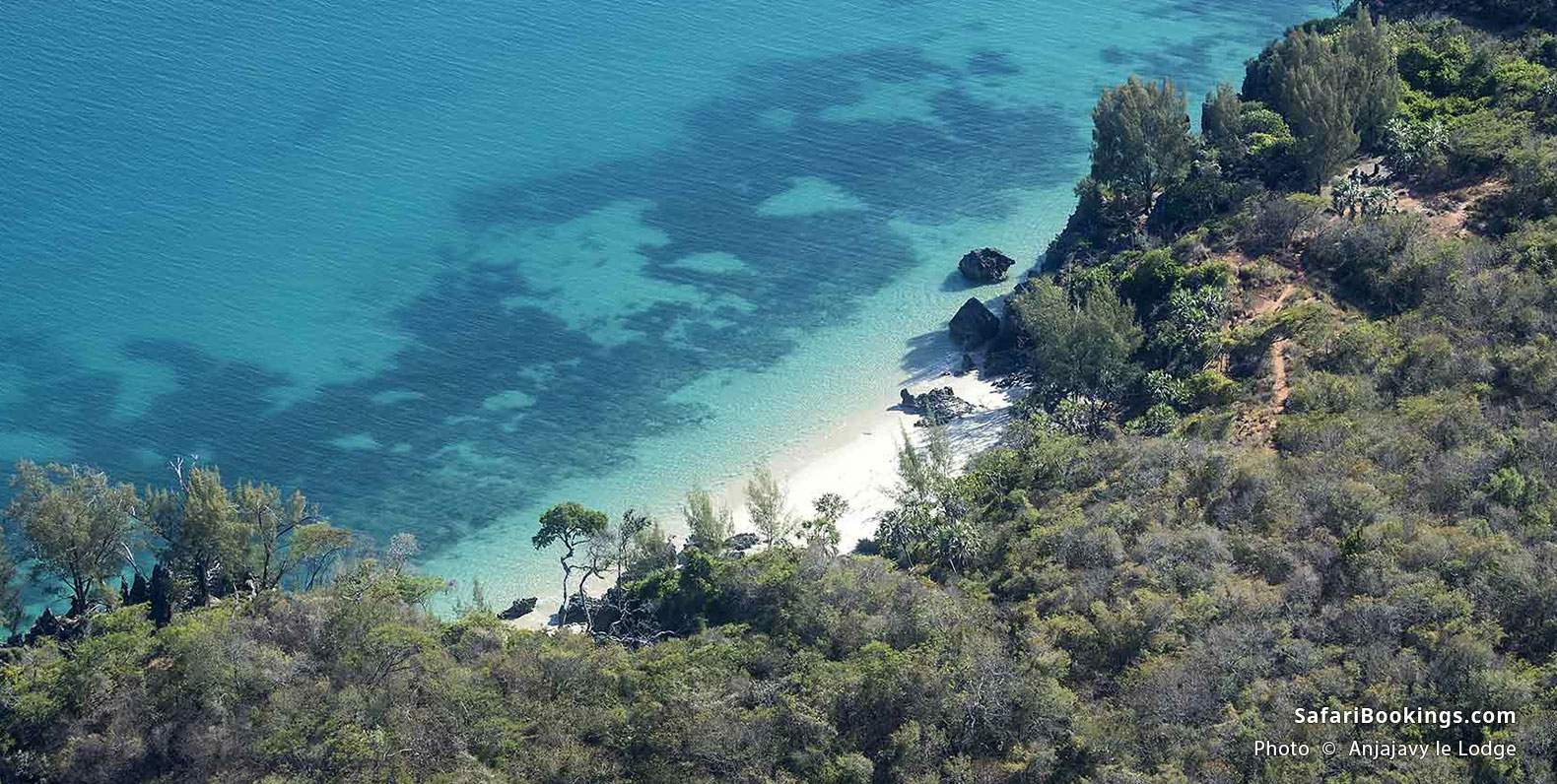 You can only reach the Anjajavy Peninsula in a private plane or boat, and it’s as close to an exclusive idyll as you can find in western Madagascar. It’s impossible to choose one beach here. The peninsula is littered with all kinds of beaches for all kinds of tastes, from secluded coves accessible only by boat to longer stretches of sand backed by palm trees like some Indian Ocean cliché. Whichever you choose, the constants are elemental features of deep-blue sea, deep-green forest and fine sand with very few footprints. 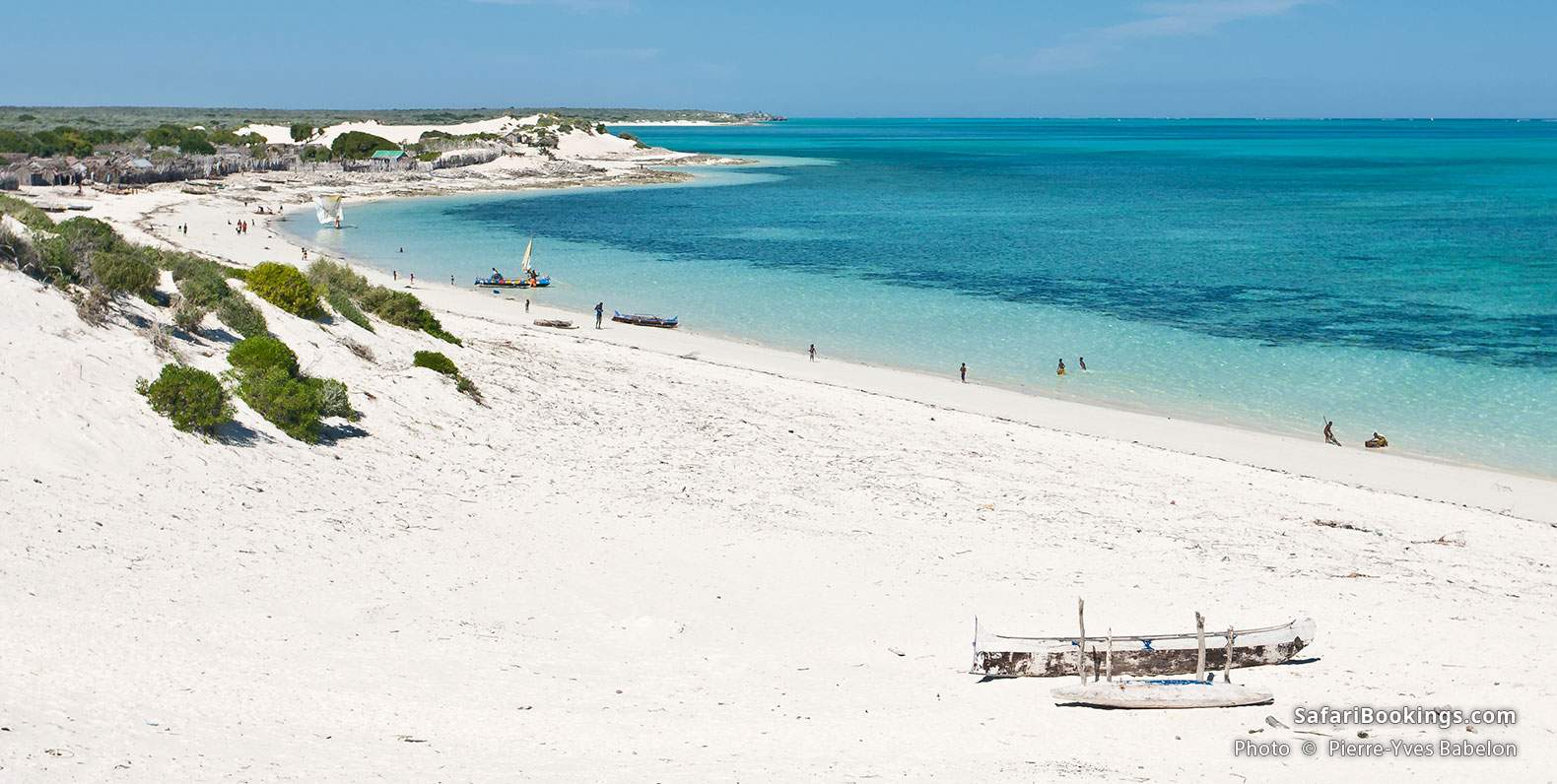 The lagoon of Salary, southwestern Madagascar

If you want to capture the essence of southwestern Madagascar’s long, empty coastline, spend a few days at Salary. The only resort here sits high on a headland and has fabulous coast and ocean views. This is Madagascar’s ultimate big-sky destination. There’s so much to do, from boat rides, to snorkeling and diving out on the reef. But your most enduring memory of being here may just be the sand between your toes and the ocean breeze in your hair on long walks along the beach. 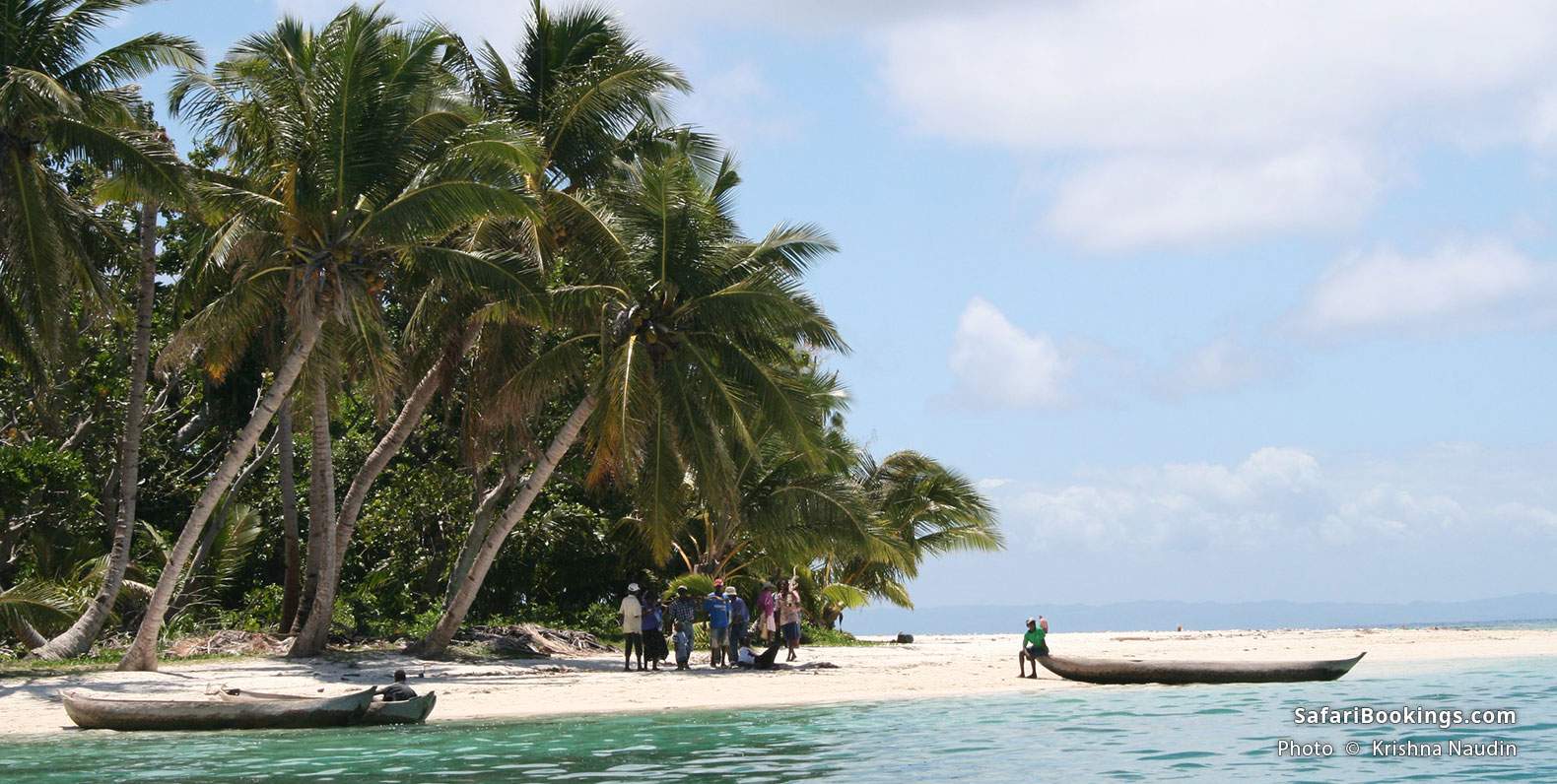 This small island off the east coast has some of the most beautiful beaches in Madagascar, perhaps even anywhere in the Indian Ocean. The water – turquoise, azure, transparent – laps gently along quiet shores where palm trees lean out over the sand, just as they’re supposed to in the tourist brochures. Quiet pathways lead through forests. The sun sinks over an endless horizon. Bliss! 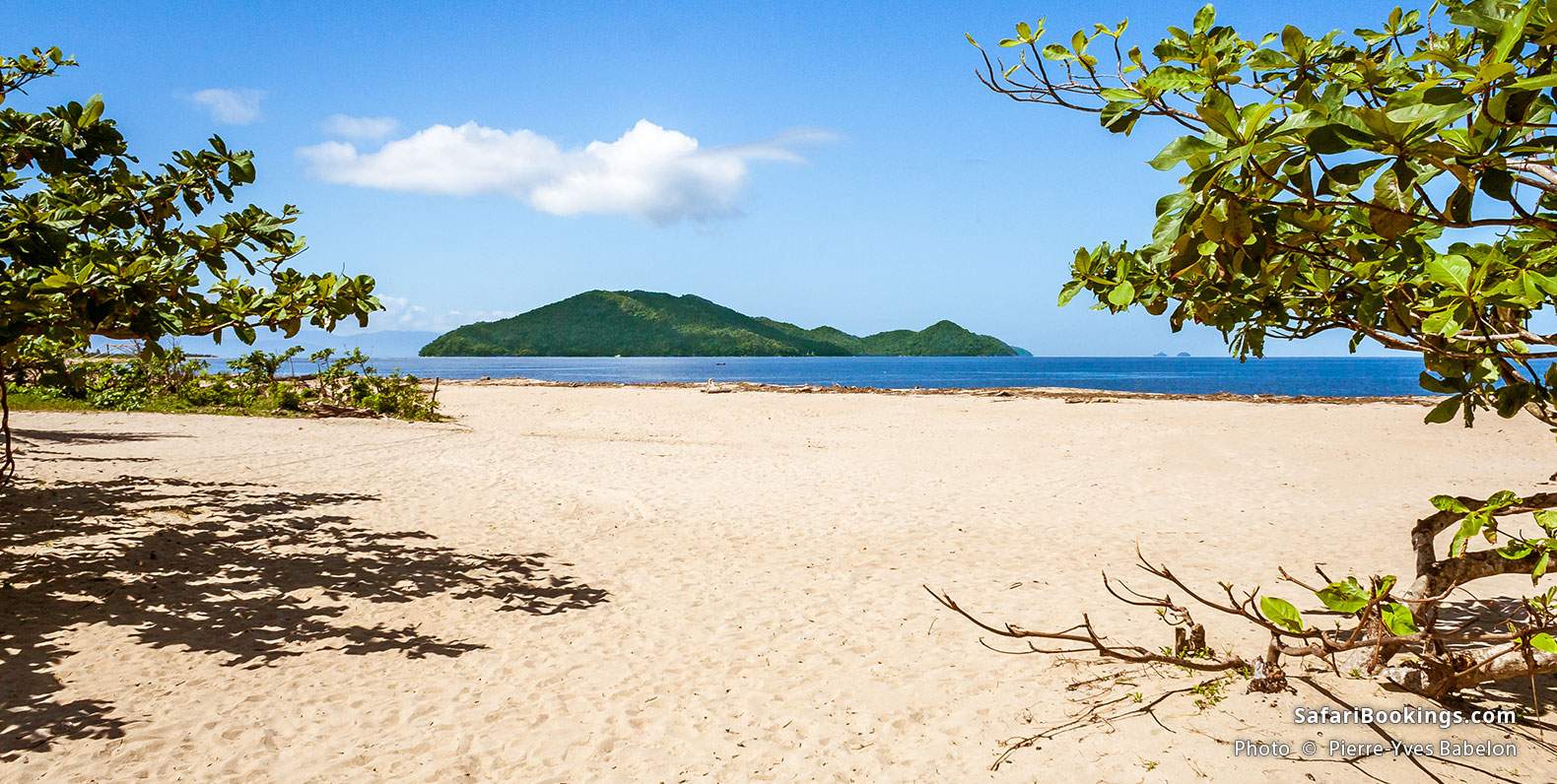 The island of Nosy Mangabe, seen from the beach of Maroantsetra

So much more than just a pretty face, Nosy Mangabe belongs to Masoala National Park and has a backdrop of mountains and forests. The beaches of Antongil Bay have the usual pristine sands, inviting waters and impressive trees (in this case, canarium rising from gigantic buttresses). There’s also a shipwreck, and there are moments when the sound of waterfalls is all that competes with the sound of jungle birds singing. Watch for lemurs and listen for aye-ayes in the forest. 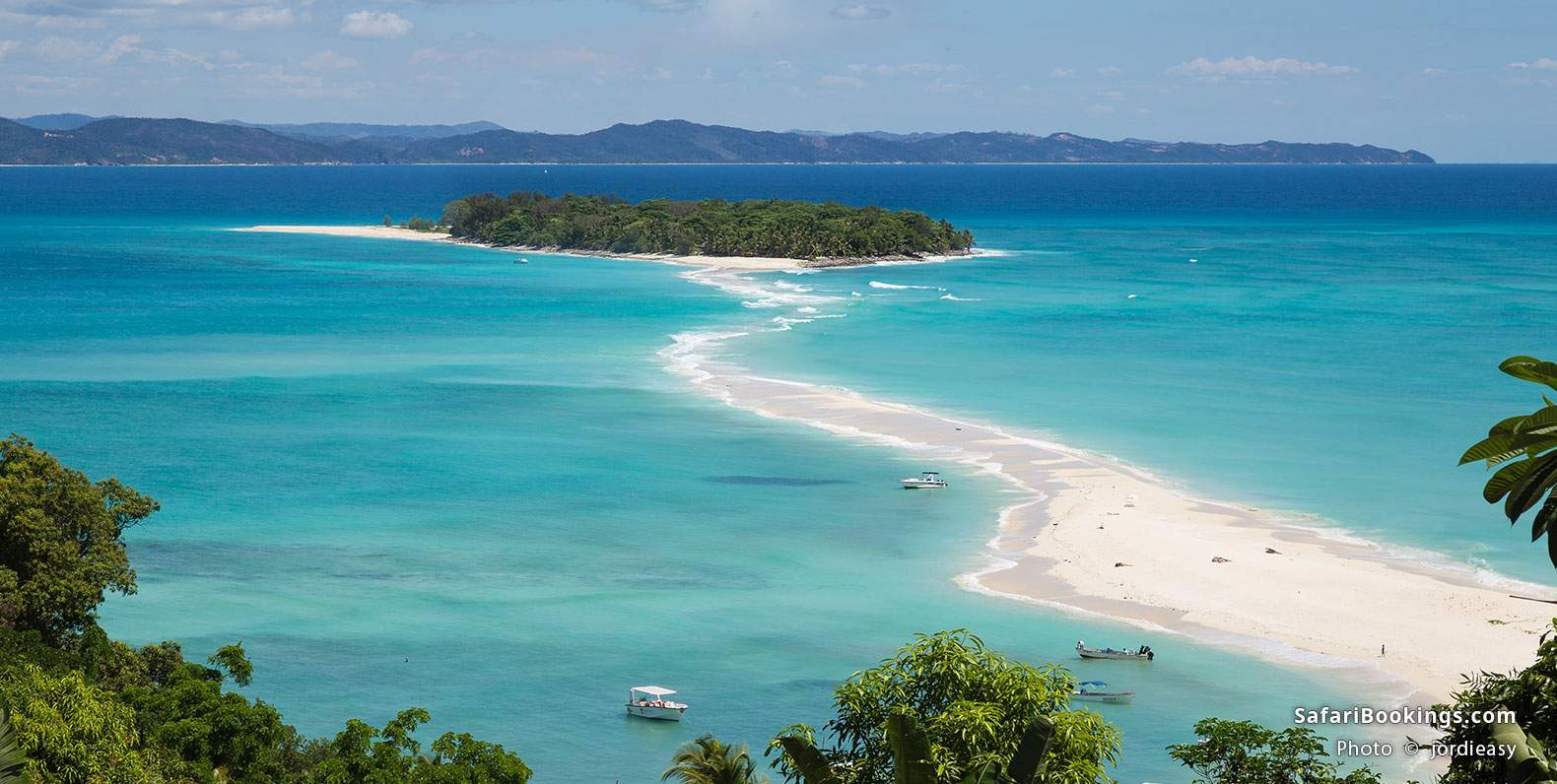 There’s something magical about the two islands of Nosy Iranja, off Madagascar’s northwestern coast. A sandbar connects Nosy Iranja to the mainland and you can walk out to the islands at low tide. It’s surreal and exhilarating, and like walking on water all at once. 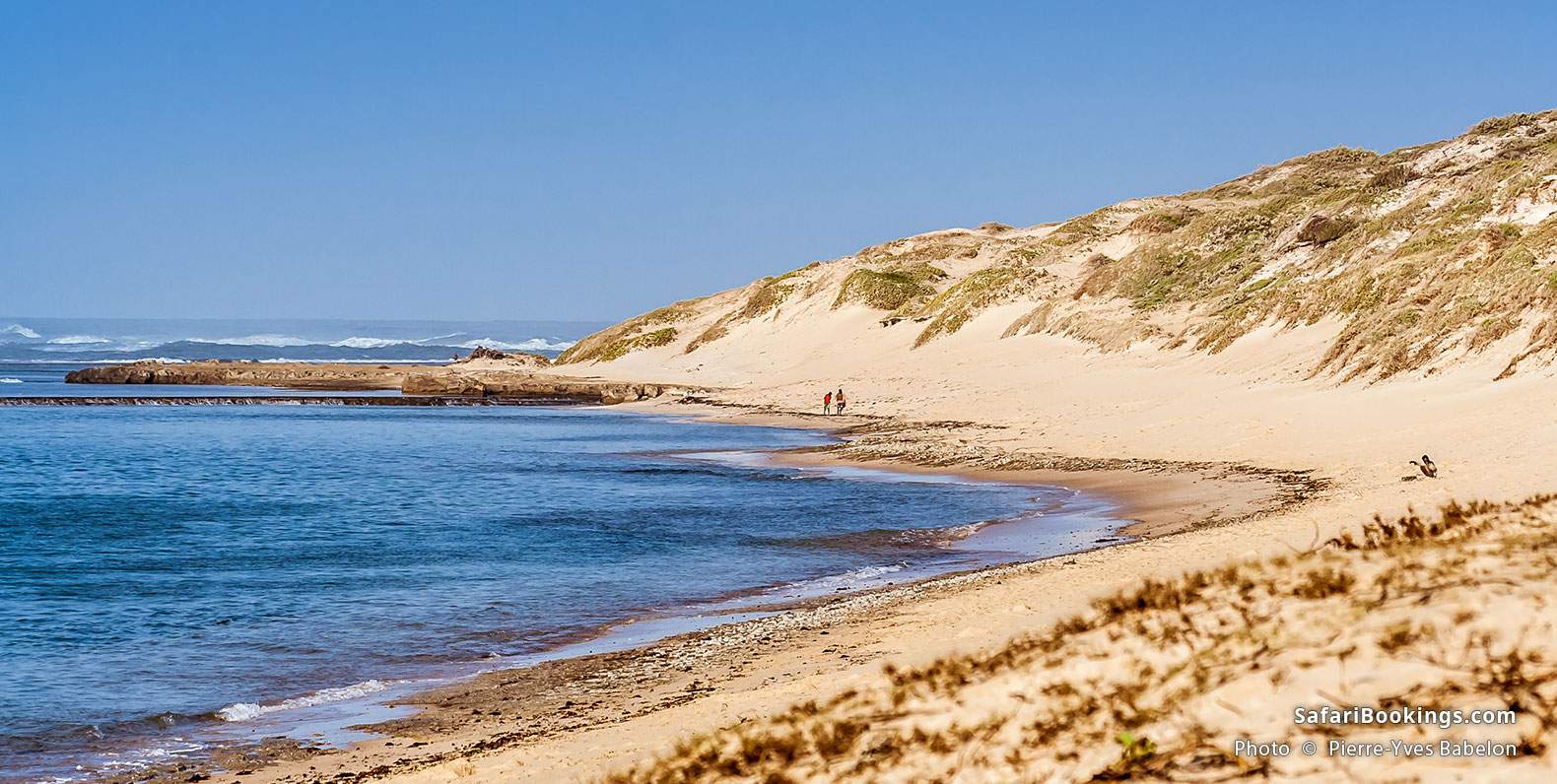 The wild beach of Faux Cap, near Madagascar's southernmost tip

You’ll feel like you’ve arrived at the end of the earth when you reach Faux Cap, close to Madagascar’s southernmost tip. If you stand on the sand here and look south, there’s nothing between you and Antarctica, and all you’ll hear is the sound of wind and waves. Sir David Attenborough once made this area famous as he searched for signs of the long-extinct elephant bird here, and its eggshells still crunch beneath your toes. 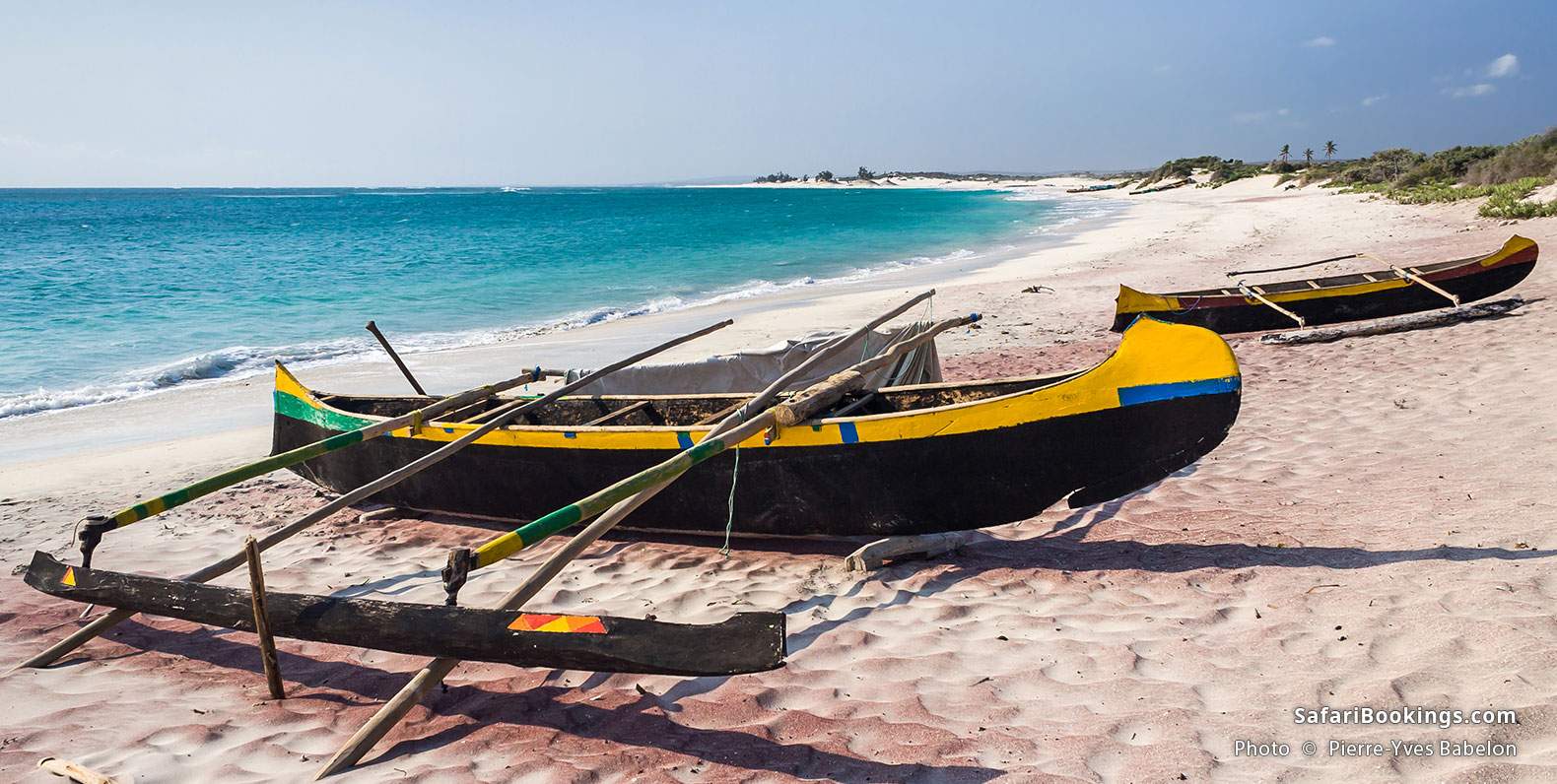 Fishing canoes on the beach of Itampolo, southern Madagascar

At the southern end of southwestern Madagascar’s Great Reef coastline, Itampolo can feel like a desert island at the outer reaches of the known world, or part of some Robinson Crusoe–esque fable. The paved road peters out close to here, and the coast and ocean both stretch out from here and onwards into eternity. 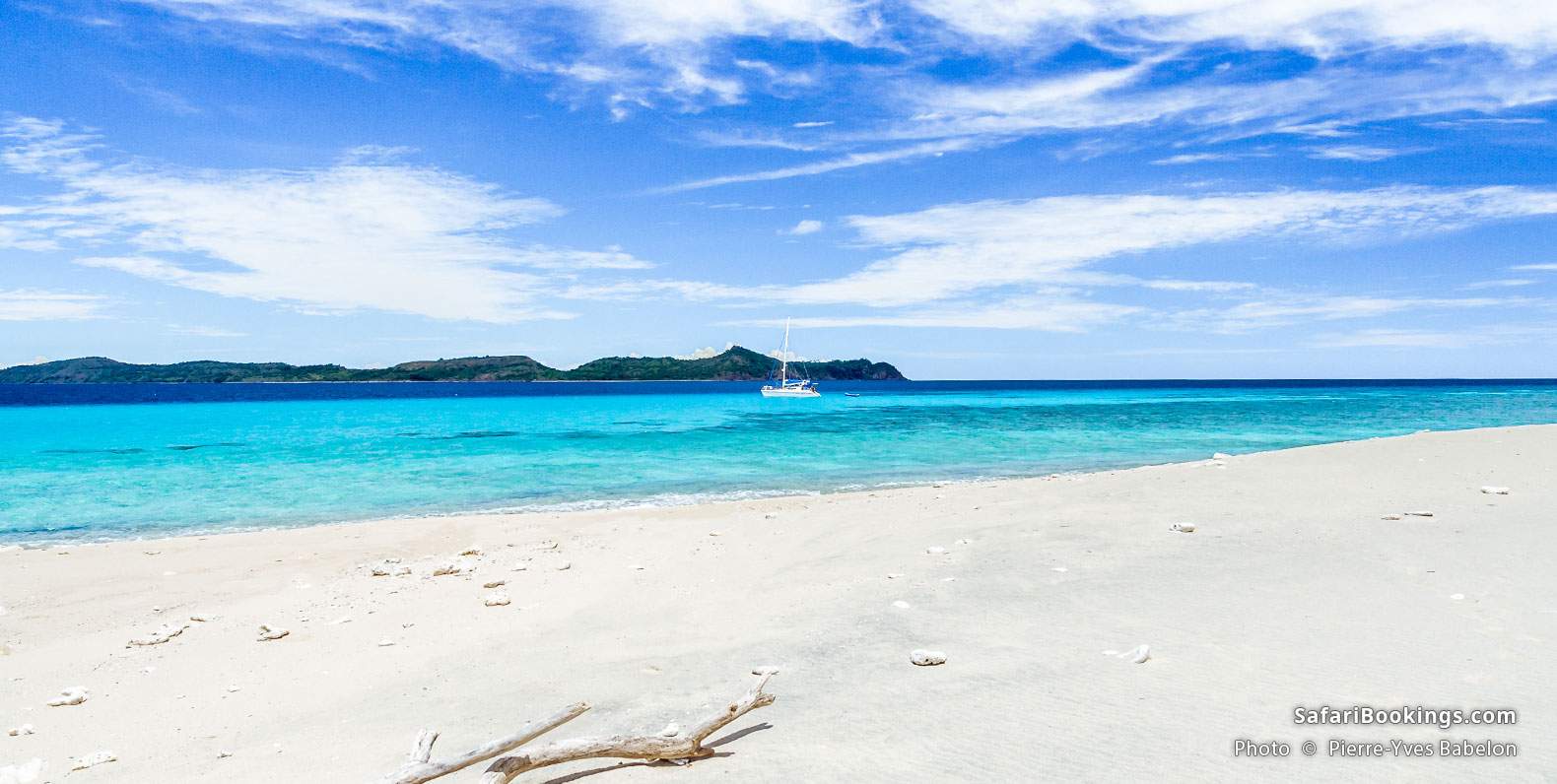 White sand beach in the Mitsio archipelago, north of Madagascar

Off the northwest tip of Madagascar, the island archipelago of Nosy Mitsio is protected from the crowds of nearby Nosy Be by open stretches of water and the lack of tourist developments. It’s a fabulous diving and snorkeling destination, and the small beaches here have a sense of isolation that is rare up in Madagascar’s north. 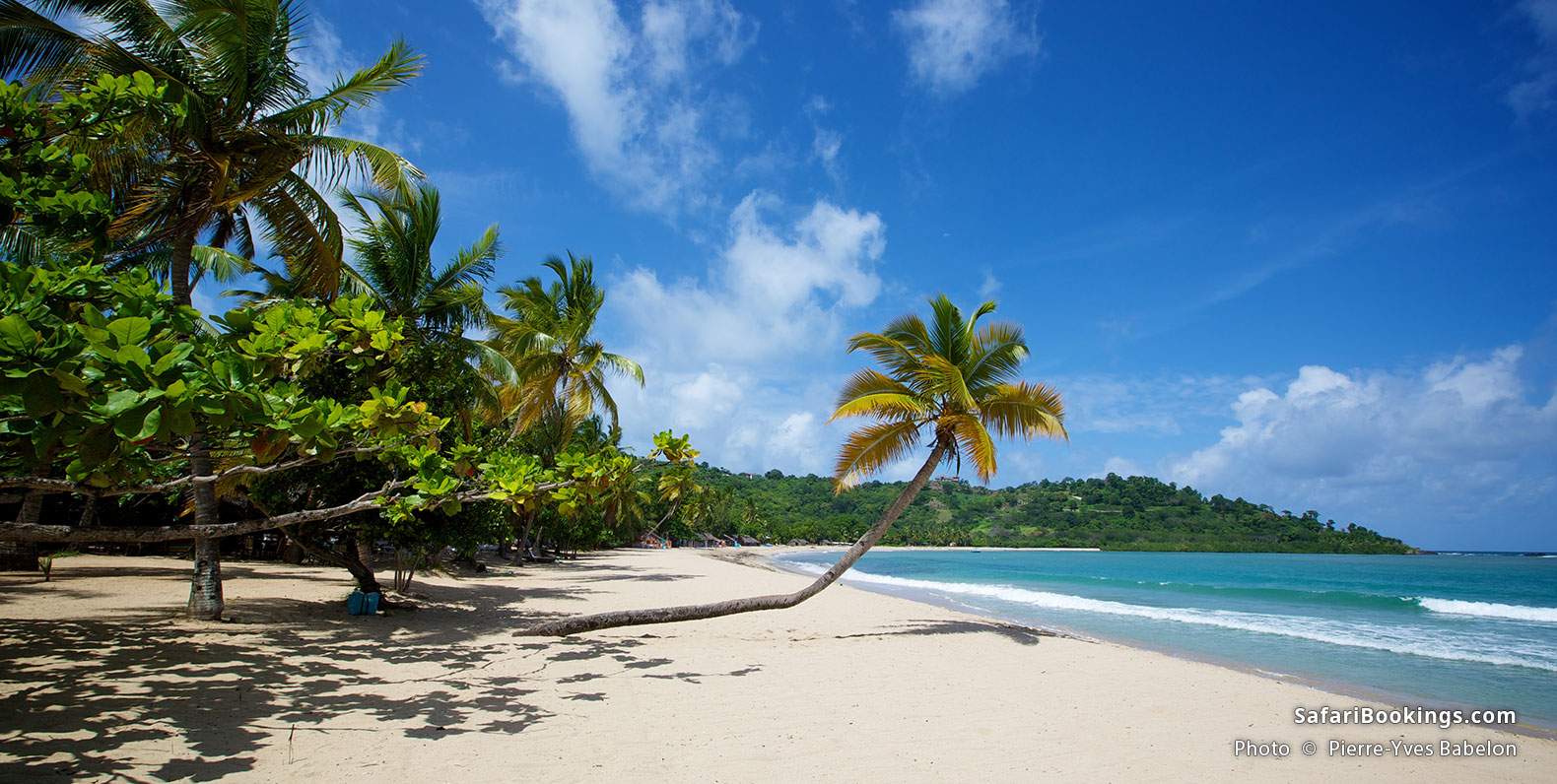 Overhanging palm tree on the white sands of Andilana Beach

Nosy Be may be the slightly overwhelmed poster child for busy Madagascan beach resorts, but there’s a reason why that’s true: the beaches here are stunning. If we had to pick one, it would be Andilana, on the northwestern tip of Nosy Be. Its appeal is simple. People come here for the powder-white sand, crystalline waters and incredible sunsets.

› All Parks & Reserves in Madagascar 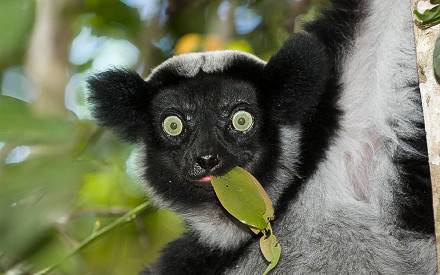 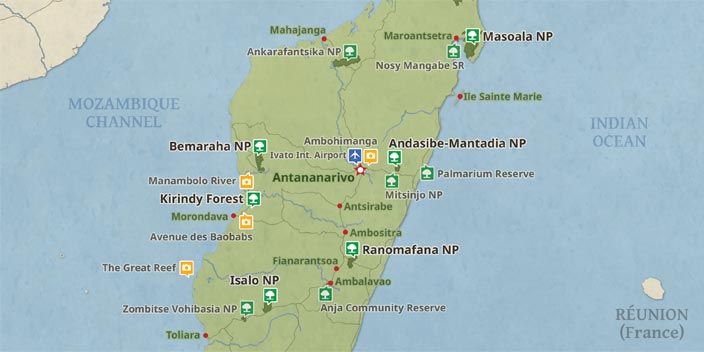