Best and Most Stunning Lakes in Tanzania

From sparkling freshwater lakes with white sandy beaches to inhospitable soda lakes housing thousands of strutting flamingos, Tanzania’s lakes are as diverse as they are beautiful. Some of these lakes are easily incorporated into a regular safari, while others are only ever visited by intrepid travelers looking for an off-the-beaten-track adventure. Read on for our choice of the 10 most magnificent Tanzanian lakes. 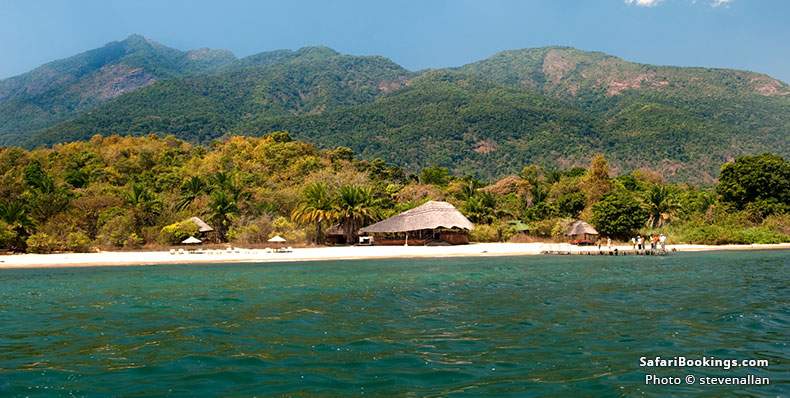 Lake Tanganyika is impressive on paper. It is the longest freshwater body in the world. It is also the second-deepest and, by volume, the second-largest lake on earth. It is at least 3 million years old and fed by more than 50 rivers. Great statistics, but more importantly, it must be one of the most beautiful lakes in the world. Crystal-clear waters are hemmed in by steep jungle-clad mountains on either side of the Rift Valley. The main tourist attractions on the lake are Gombe and Mahale Mountains National Parks, known for their habituated chimpanzee communities. Together with Katavi National Park, a classic savannah wildlife destination, they make up Tanzania’s remote Western safari circuit. 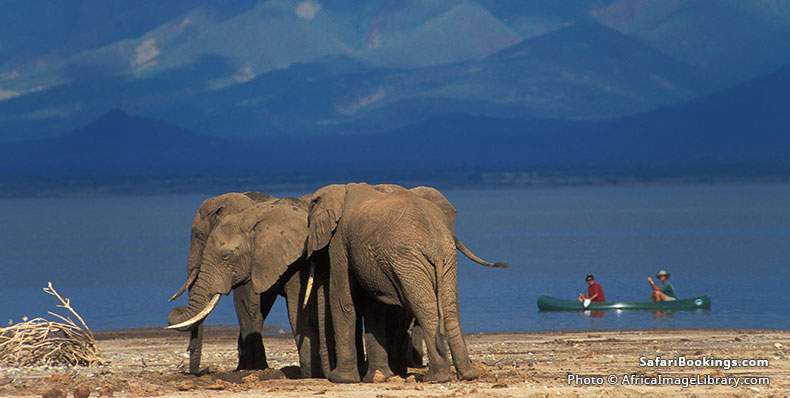 Lake Manyara is a shallow alkaline lake at the base of the Western Rift Valley escarpment. The lake is partly protected within Lake Manyara National Park, known for its scenic beauty, fantastic birding and excellent wildlife viewing. You won’t miss the elephants walking along the lake shore. Also look out for lions. For reasons not yet fully understood, you’re as likely to see them in the trees as on the ground here.

Tours That Include Lake Manyara 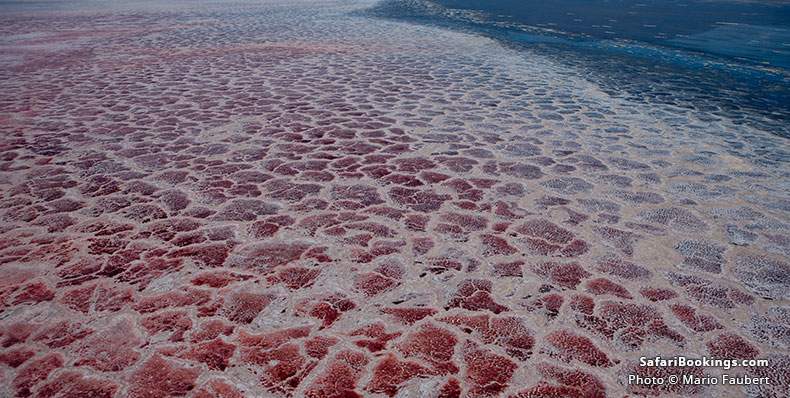 Lake Natron is located in an extremely hot and arid region at the base of the active volcano Ol Doinyo Lengai. Hauntingly beautiful, but not your regular picture-perfect scene. The shallow caustic waters are covered by a crust of volcanic ash and salt, with numerous hot springs bubbling on the surface. Interestingly, the lake has a pink hue due to microorganisms that thrive on the salt. While this environment is too inhospitable for most life-forms, Lake Natron is the only known breeding ground for lesser flamingos in East Africa. The flamingos feed on these organisms, which in turn give them their distinct pink coloring.

Tours That Include Lake Natron 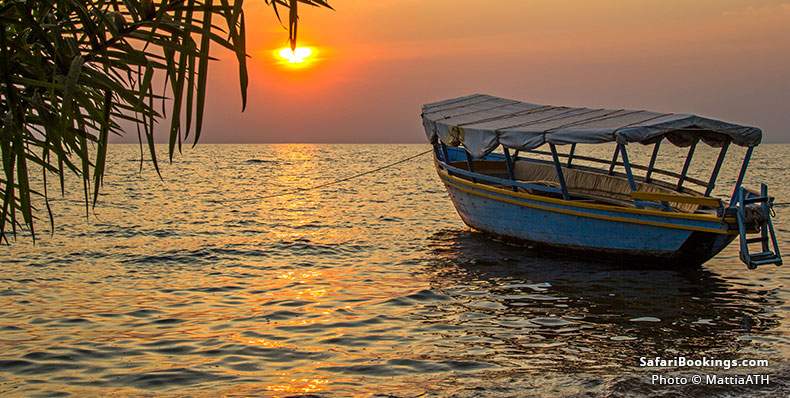 At almost 70,000km²/27,025mi² (about the size of Ireland), Lake Victoria is Africa’s largest lake by area. This vast expanse of water straddles borders with Kenya, Uganda and Tanzania. The best place to see the lake in all its glory is in Rubondo Island National Park, a chimpanzee sanctuary and the largest island park in Africa. The chimps can be hard to find. But the island is a great place to spot the semi-aquatic sitatunga antelope, and otters can often be seen frolicking in the water.

Tours That Include Lake Victoria 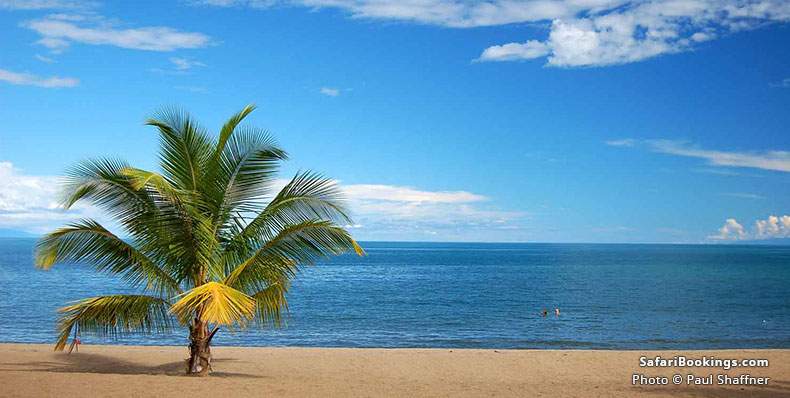 Shared between Tanzania, Mozambique and Malawi, this 585km-/365mi-long Rift Valley lake is better known as Lake Malawi. Perhaps because the Malawian side of the lake is much more popular with travelers. There is very little tourist development on the Tanzanian portion of the lake, except for the lovely Matema Beach. You won’t see much terrestrial wildlife here, but the birding is great. Of particular interest are the pairs of African fish eagles. If you don’t see them swooping over the lake catching prey, you’ll hear their distinctive calls, often referred to as the ‘Sound of Africa’. 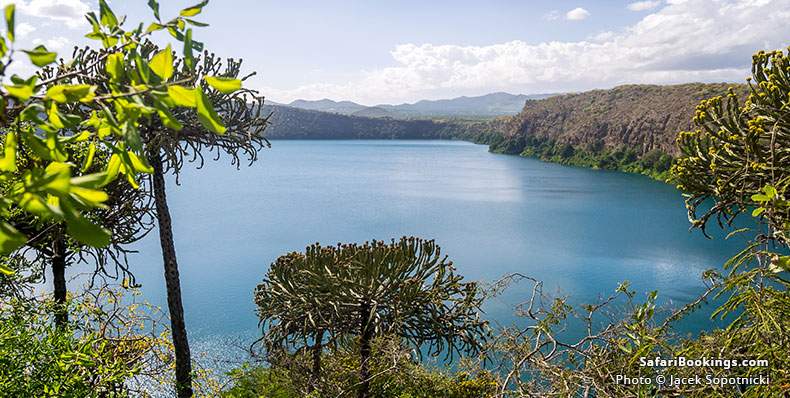 Straddling the Kenya–Tanzania border, this ancient circular crater is close to 100m/330ft deep. It is fed by underground springs originating from Mt Kilimanjaro. Depending on the seasons, the water color changes from emerald green to deep turquoise. The forested walls are alive with bird song, and on a clear day Mt Kilimanjaro forms a dramatic background to this idyllic scene. 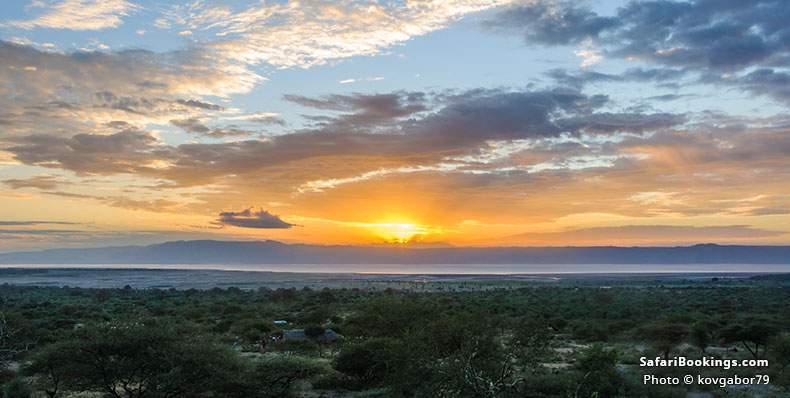 Lake Eyasi is a shallow soda lake on the southern border of the Ngorongoro Conservation Area. The size of the lake is highly variable depending on rain and evaporation levels. There is a fair amount of birdlife around, including big flocks of flamingos. However, the main reason people visit the area is to interact with the traditional Hadza people, Tanzania’s only remaining hunter-gatherers.

Tours That Include Lake Eyasi 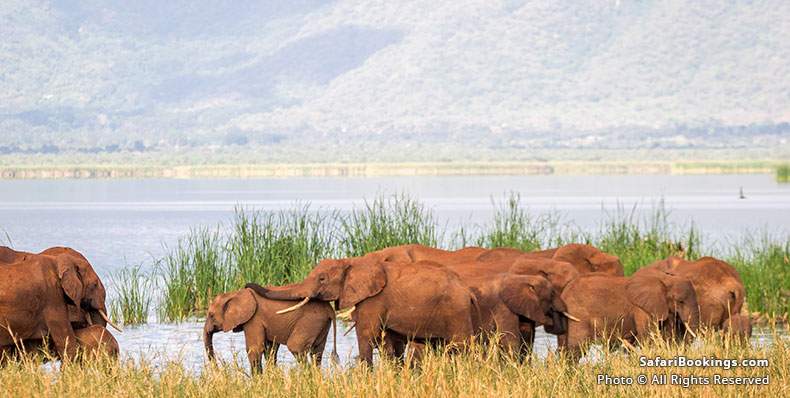 Lake Jipe straddles the border between Kenya and Tanzania. The best way to appreciate its fabulous setting is from a boat. Ask one of the local fisherfolk to take you out in a dugout canoe. Mountains rise up in every direction. The Pare Mountains, Chale Crater and, on a clear day, Mt Kilimanjaro all tower over the surrounding plains. The lake teems with crocodiles and hippos, and the birdlife is as good as can be expected. Furthermore, the northern shore borders the unfenced Tsavo West National Park in Kenya, so you might even spot elephants or any other thirsty animals approaching the lake. 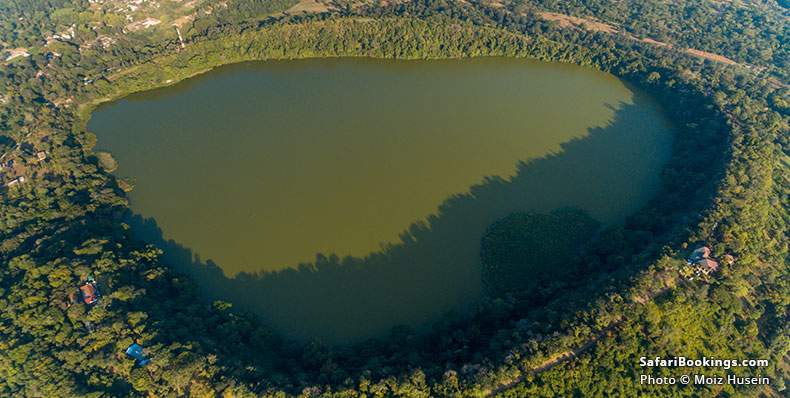 Lake Duluti lies only 10km/6mi outside Arusha, the main gateway to Tanzania’s Northern safari circuit. The small volcanic crater lake is worth a day visit, but a stay at the luxurious Lake Duluti Lodge is even more rewarding. Activities include hiking, canoeing and bird watching. On a clear day, Mts Meru and Kilimanjaro are visible from the lakeshore.

Tours That Include Lake Duluti 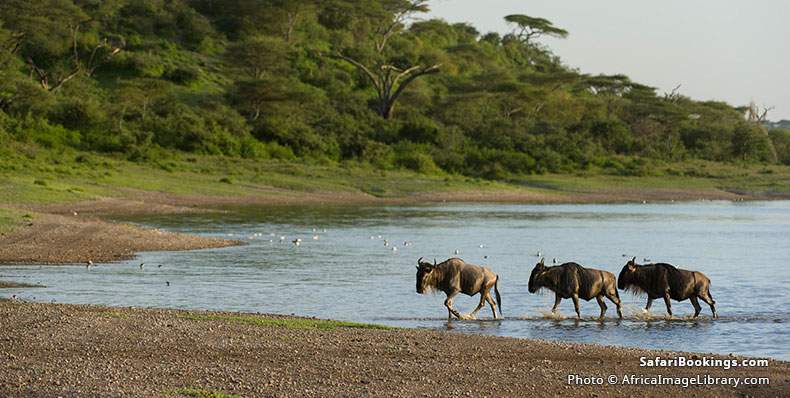 Lake Ndutu is located on the border of the Ngorongoro Conservation Area and the Southern Serengeti. The Ndutu region is renowned for its incredible wildlife viewing throughout the year. However, the area is particularly rewarding around January and February, the wildebeest calving season. Up to 8,000 wildebeest are born here daily, resulting in a lot of predator action. When the wildebeest continue their great migration, you might see big herds crossing the lake, a sight not dissimilar to the Mara River crossings.

Tours That Include Lake Ndutu