The Status of Gorilla Conservation in Africa

A wistful smile erupted across the face of Veronica Vecellio, “When I watch them move about the forest, just living their life and performing their natural behaviour, it still gives me goose bumps. Even after all the years I’ve been working with them.

” I’d come to meet Veronica, an Italian scientist, at her office at the Dian Fossey Gorilla Fund in the Rwandan town of Musanze, in order to learn more about the conservation status of everyone’s favourite ape in the mist: the mountain gorilla. 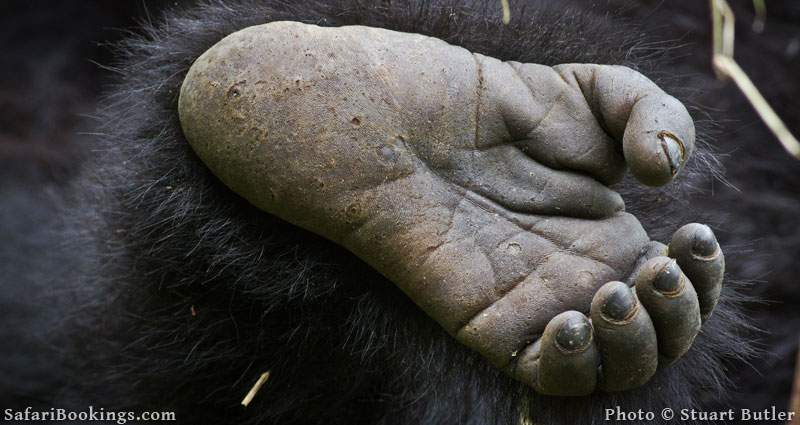 How Endangered are Mountain Gorillas? 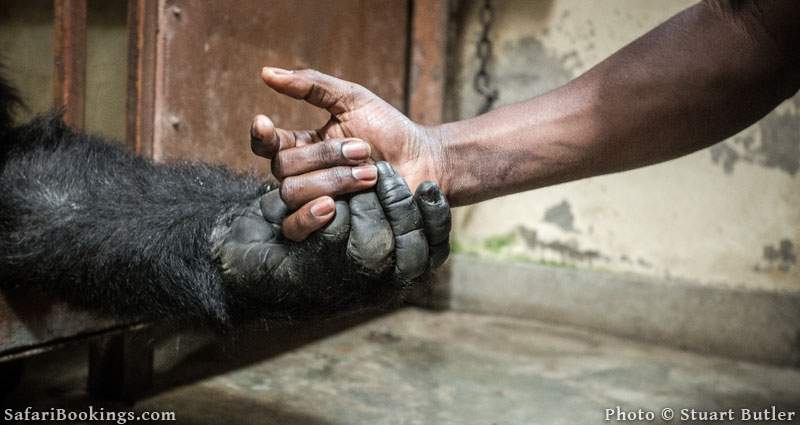 What is the future for Mountain Gorillas?

Hearing this low figure might make you gasp in shock, but I was interested to know if things were really as bad as ‘Critically Endangered’ and just ‘880 wild mountain gorillas’ initially sounds. Even so, 880 mountain gorillas is a worryingly low population total, but, as it turned out, it’s still an improvement on twenty to thirty years ago.

Indeed, when famed American primatologist Dian Fossey first arrived in the Virunga’s in 1966 to study the mountain gorillas, there was a very real possibility that through a combination of habitat loss and poaching, the gorillas were facing total extinction. However, in the years since, a combination of greater worldwide awareness, a growing number of international gorilla conservation programmes and, most importantly, the birth of gorilla watching tourism means that there are very few threats to the gorillas’ future survival in Uganda and Rwanda. 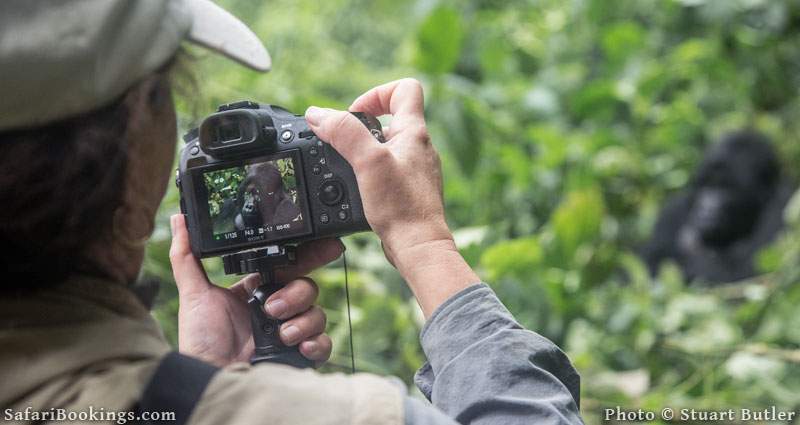 Due to severe unrest the situation in DR Congo remains a little more delicate. Ape populations in all three countries have risen rapidly over the past couple of decades. Another Virunga-wide survey is underway, and most people expect it to return a still higher gorilla population figure than the 2012 survey. Veronica explained to me that now, in Uganda and Rwanda at least, the biggest threat to the mountain gorilla populations comes not from habitat loss (there’s no way either government is going to chop down forests which generate such huge sums of tourist money) or poaching (by and large the human populations around the Virunga’s earn so much income from gorilla tourism related activities that nobody is likely to try and hunt the gorillas), but from a lack of genetic diversity and from the ever present threat of a disease outbreak wiping out the gorillas (the western lowland gorillas of western-central Africa have suffered massive population declines through outbreaks of Ebola). 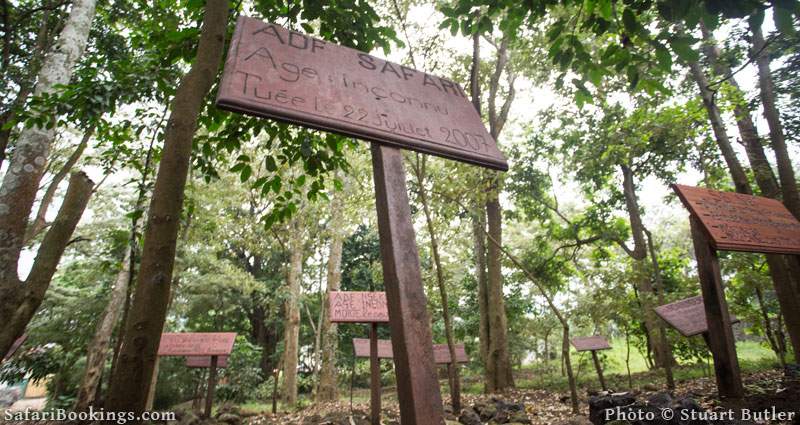 In fact, Veronica went on to tell me that the success of gorilla conservation in Rwanda over the past quarter of a century has brought its own set of problems, “The mountain gorilla population in Rwanda has now pretty much reached the parks carrying capacity and we’re seeing increased contact between gorilla groups. This has led to more fighting and more cases of infanticide.”

What can be done to Help the Mountain Gorillas’ Survival?

The solution to this lack of space is to plant more forest, but that’s easier said than done. Rwanda, which is still largely an agricultural society, is one of the most densely populated countries on Earth, and farms reach right up to the park boundaries. Park authorities, the Dian Fossey Gorilla Fund and other international gorilla conservation programmes want to expand Volcanoes National Park  by 3000 hectares over the coming years. 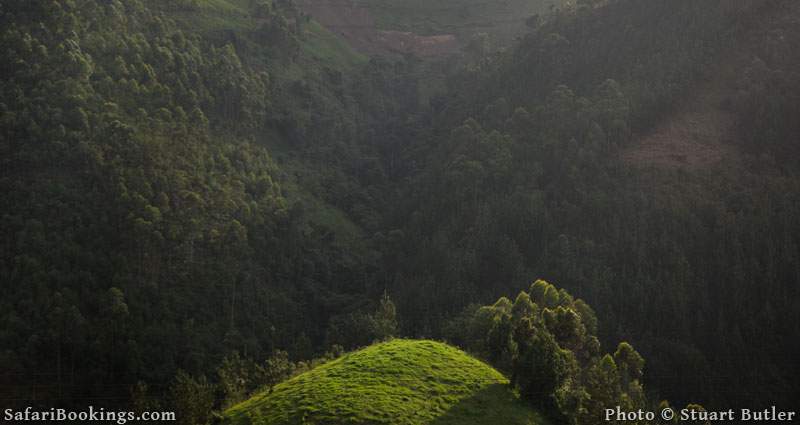 To do so they’re trying to buy land off the farmers in order to convert it back into forest, but with nowhere to go, few farmers are keen to sell. There are a few glimmers of hope though. Top-end safari and conservation company Wilderness Safaris has recently opened its first safari lodge in Rwanda. They managed to persuade farmers to sell them 43 hectares (many of these former farmers were then given jobs at the lodge) of former farmland. In the year that Wilderness has been on the site, they’ve removed most non-native plants and planted some 17,000 native forest trees. 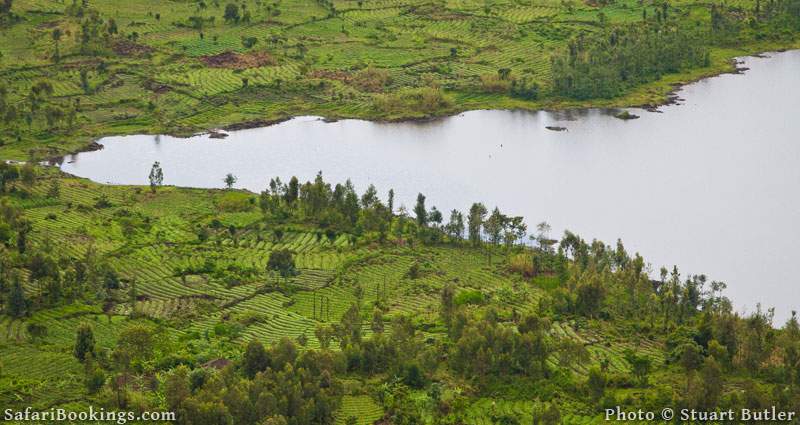 It’s only a start, but as I gently placed tree sapling number 17,001 into a hole in the ground, I reflected on the fact that in the space of fifty years, thanks to the determined efforts of groups such as Wilderness Safaris and the Dian Fossey Gorilla Fund, the mountain gorillas have gone from staring extinction in the face to having a brighter future.

SafariBookings offers a range of Gorilla Watching tours to Rwanda including: