South Africa, often described as ‘a world in one country’, is perhaps the most diverse of all African holiday destinations. The country’s incredible landscapes are made up of stark deserts, lush forests, grassy savannahs and jagged mountains. More than 20 national parks and hundreds of reserves protect a huge variety of wildlife. Throw in cosmopolitan cities, stunning beaches, award-winning wineries and an interesting melting pot of cultures and you’ve got a world-class tourist destination. While it is impossible to list all of the country’s treasures, here is a shortlist of the best places to visit in South Africa. 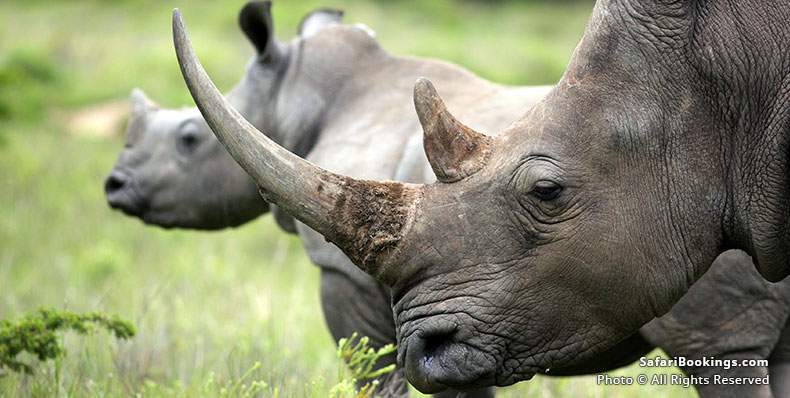 Kruger is South Africa’s most popular safari destination. Whether you’re on a tour or a self-drive safari, the country’s most iconic park is a great choice for a Big Five adventure. It is the size of a small country and is home to a huge variety of animals aside from the sought-after shortlist of lion, leopard, buffalo, rhino and elephant. And then there is the birdlife; with more than 500 species recorded, you’ll be able to rack up a significant list over a few days. 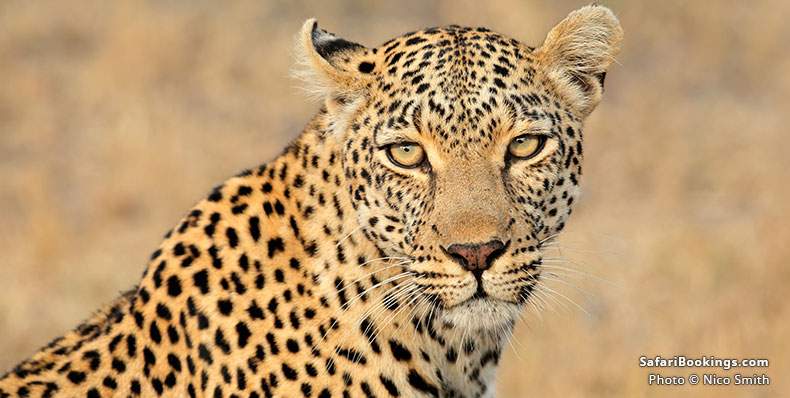 A more pricey but exciting alternative to the national park is Sabi Sands, a private game reserve with open borders to Kruger. The 650km²/250mi² tract of wilderness is dotted with stylish lodges offering superb service and fine dining. Game drives are conducted in open safari vehicles by knowledgeable guides, who will go off-road to secure close-up encounters of all of the Big Five, including the notoriously secretive leopard. 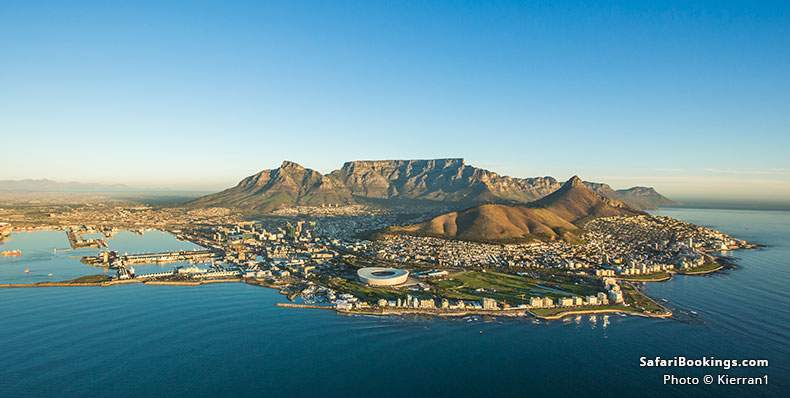 Cape Town is South Africa’s oldest and most beautiful city. Hemmed in between the sea and scenic Table Mountain, Cape Town is best known for its white sandy beaches, historic architecture, breathtaking viewpoints and charming vineyards. 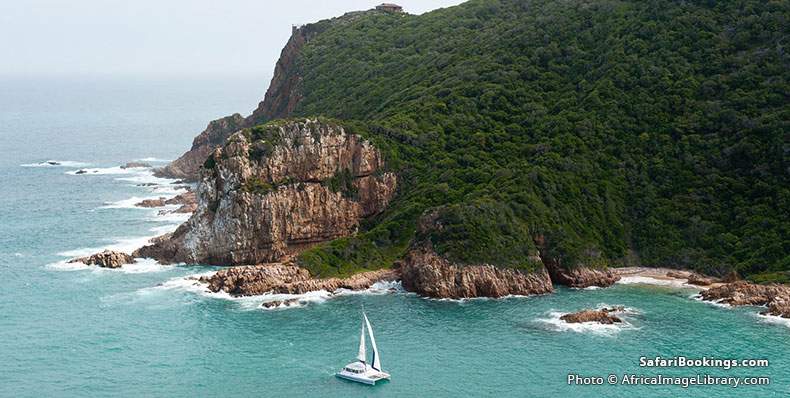 The 200km/125mi coastline stretching between Mossel Bay and Tsitsikamma is called the Garden Route in reference to its unique natural beauty. It features picturesque beaches, fairy-tale forests, majestic mountains, meandering rivers and lagoons brimming with birdlife. No wonder it is one of South Africa’s most popular tourist attractions. 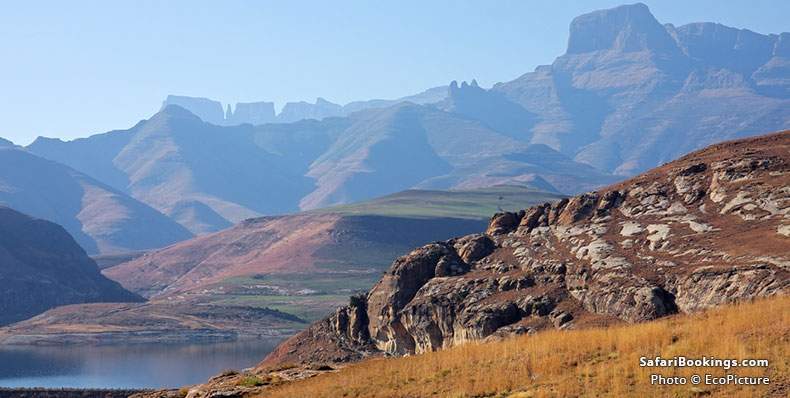 The Drakensberg is associated with some of South Africa’s most impressive landscapes. Boasting several dozen peaks topping the 3,000m/9,800ft mark, this is the highest African mountain range south of Kilimanjaro. The vast wilderness area, with its hidden valleys, deep gorges, undulating plateaus and ragged peaks, features some of the best hiking trails in the country. Scenic beauty aside, the abundance of San rock paintings in secret caves has given the area World Heritage status. 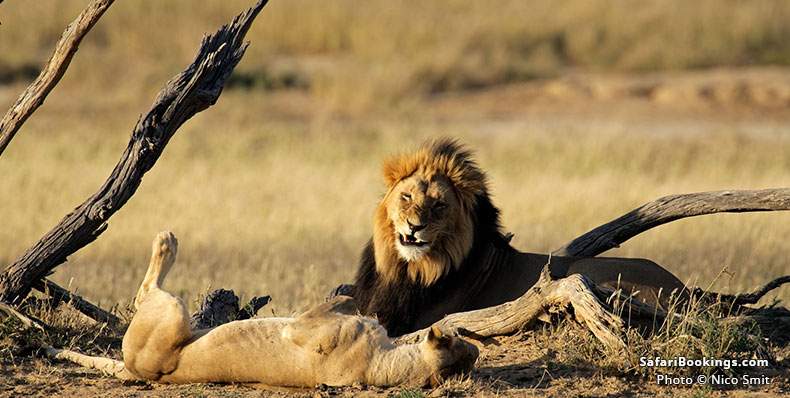 Straddling the border between South Africa and Botswana, Kgalagadi is a transfrontier park in the Kalahari desert region. The lifelines of the park are two ancient dry riverbeds that traverse an endless sea of red dunes. Migrating herds of springbok, wildebeest and gemsbok attract an unusually high concentration of big cats. Most notable are the Kalahari lions, known for their impressive black manes.

The Blyde River Canyon is the world’s third largest riverine gorge, after Arizona's Grand Canyon and Namibia’s Fish River Canyon. Known for its lush vegetation and incredible beauty, it is also the largest ‘green canyon’. To appreciate the vast scale of this natural phenomenon from above, drive along the scenic Panorama Route, stopping at well-known viewpoints such as the Three Rondavels and Pinnacle Rock. Or visit the geologically fascinating Bourke’s Luck Potholes for a different perspective from within the canyon. 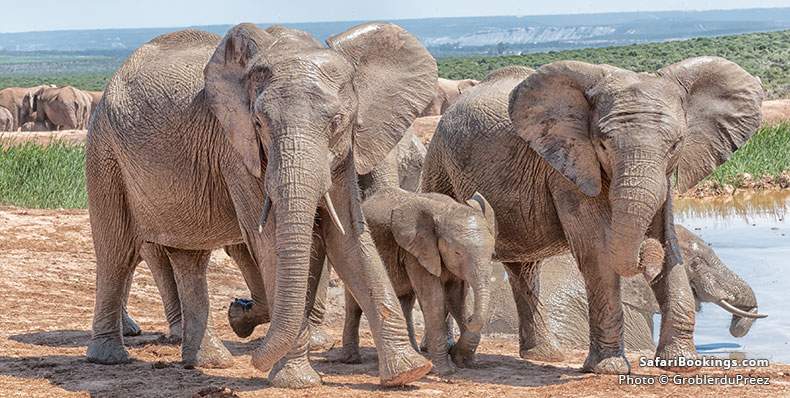 Addo makes for a perfect add-on to a self-drive road trip from Cape Town along the Garden Route. The park’s super-habituated elephants offer a thrilling opportunity to watch these giants close up. Other wildlife includes lion, black rhino, buffalo and the majestic spiral-horned greater kudu antelope. The endemic flightless dung beetles can often be seen rolling the balls of dung in which they lay their eggs. 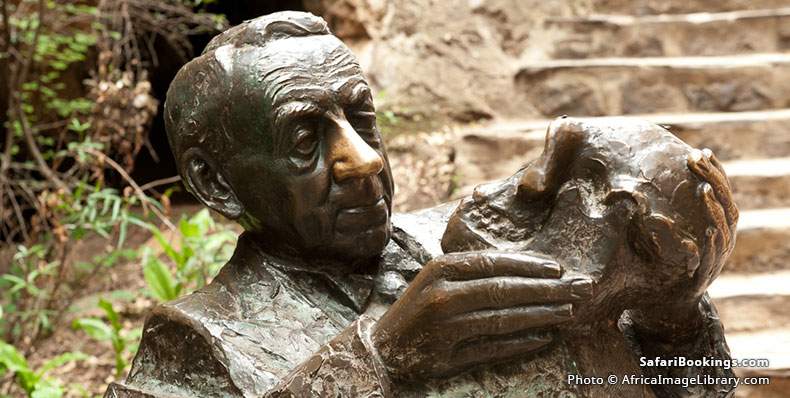 A Unesco World Heritage Site, the Cradle of Humankind is a paleoanthropological
site where more than half the world’s early hominid fossils have been found. Child-friendly self-guided tours start at the innovative Maropeng Visitors Centre. A tour of the nearby Sterkfontein Caves leads to a cavern where the most complete Australopithecus africanus skull ever discovered – the 2.5-million-year-old ‘Mrs. Ples’ – was unearthed in 1936. 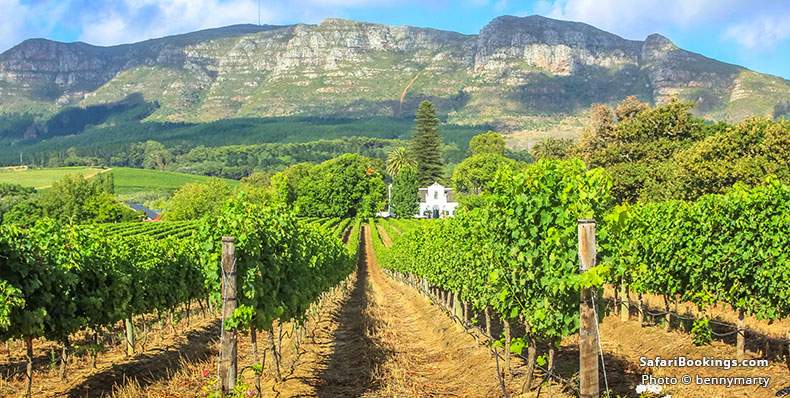 The area known as the Cape Winelands is home to hundreds of different vineyards and lies within easy day-tripping distance of South Africa’s most loved city, Cape Town. Expect majestic mountain scenery, historic colonial Cape Dutch architecture in beautiful estates, award-winning restaurants and the opportunity to taste and buy some of the country’s best wines. 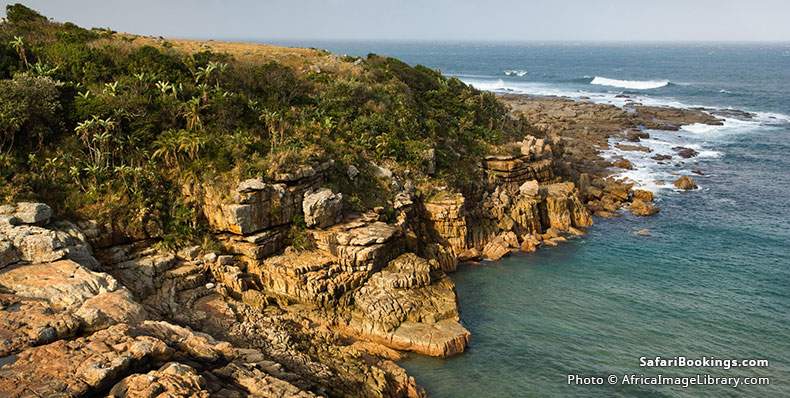 The appropriately named Wild Coast features some of the country’s most spectacular Indian Ocean beaches. This outdoor paradise with rugged cliffs, sheltered bays, mysterious shipwrecks and dense coastal forests will appeal more to outdoor enthusiasts than it will to those looking for a conventional beach holiday. Most of the land is communally owned by the local Xhosa people, many of whom still live a very traditional lifestyle. 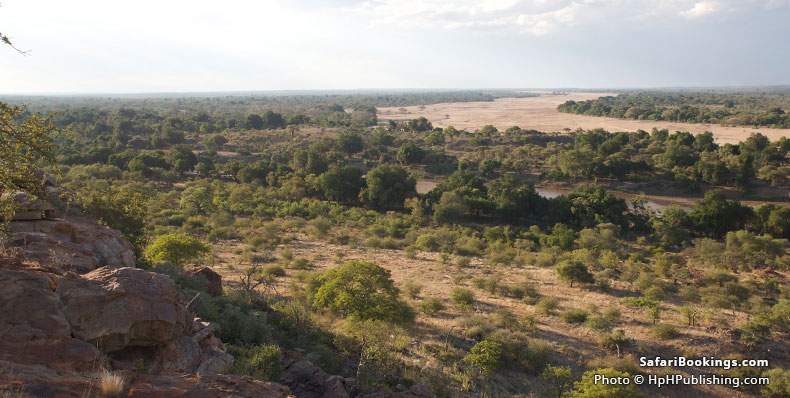 Mapungubwe is situated at the confluence of two mighty rivers where three countries meet: South Africa, Botswana and Zimbabwe. With its sandstone formations, impressive baobab trees and riverine forests, the park is a place of great scenic beauty; the perfect setting for day and night game drives. It is, however, the importance of the Mapungubwe Cultural Landscape that has given the park World Heritage status. No visit here is complete without a tour of the famous Iron Age site known as ‘Hill of the Jackals’, the remains of South Africa’s first kingdom dating back to 900 to 1,300 AD. 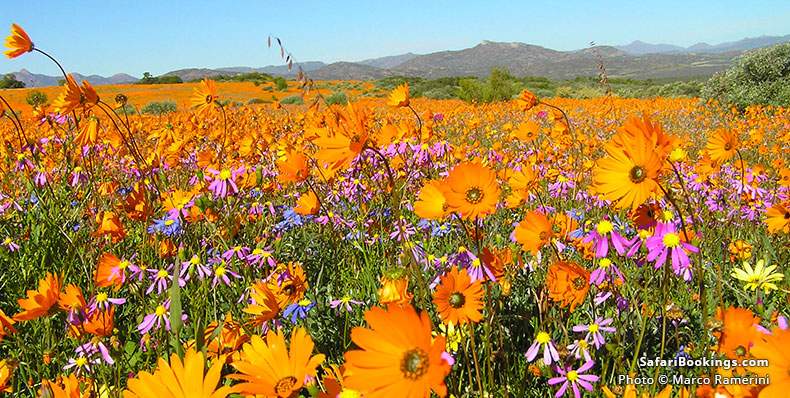 Namaqualand is a semi-desert in the remote coastal region of South Africa’s Northern Cape. Although a biodiversity hot spot with the world’s highest concentration of succulent plants, the area doesn’t look that impressive to the untrained eye most of the time. However, every year around August to September, the monochrome landscape transforms into a spectacular wildflower display with multi-hued carpets of daisies, violets, aloes and other flowers. 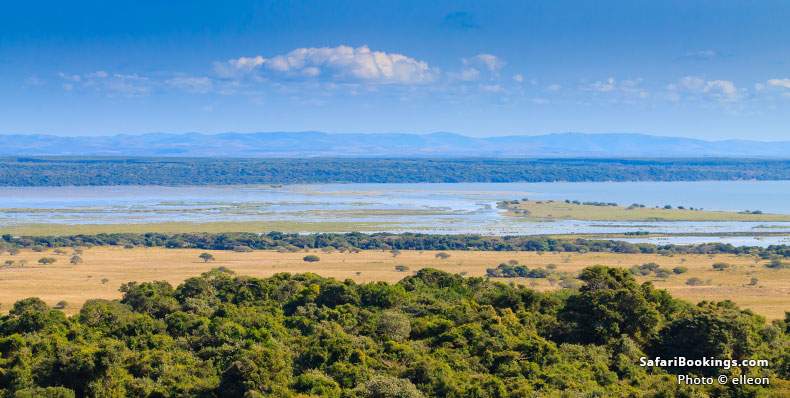 iSimangaliso Wetland Park is a patchwork of protected areas along the KwaZulu-Natal coast. At the heart of this diverse region is Lake St Lucia, a vast estuary densely populated with hippos, crocodiles and water-associated birds such as flamingos and pelicans. Sodwana Bay, with its beautiful coral reefs, is South Africa’s diving hot spot, and uMkhuze Game Reserve is an all-time favourite with photographers seeking out the excellent photographic hides. 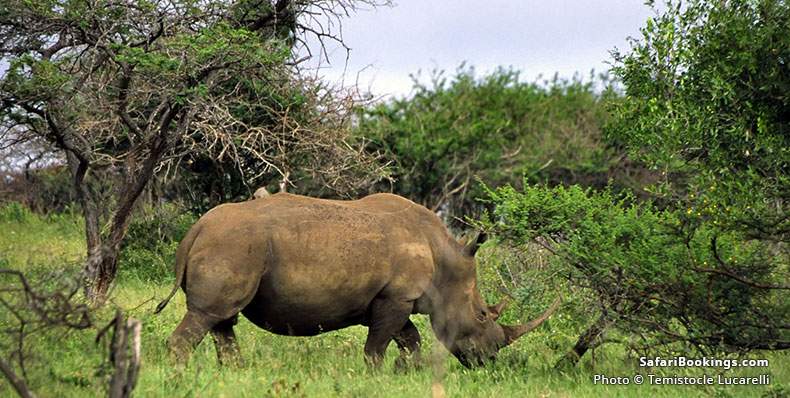 Hluhluwe-iMfolozi, one of South Africa’s oldest game reserves, is less than a three-hour drive from the hustle and bustle of Durban, South Africa’s second largest city. It was originally established as a sanctuary for what was the country’s last-remaining population of southern white rhino. The initiative has been overwhelmingly successful and it is now one of the best places in Africa to see this threatened heavyweight. Other animals you might spot here include giraffe, elephant, lion and a variety of antelope including the gracious nyala.