Africa’s Poaching Pandemic Is Wiping Out a World Heritage Site

Jeroen is co-owner of SafariBookings.com. His desire to feel connected powers his love of travel. He has traveled all over the world with his wife and two children.

The last decade has seen poaching in Africa, such as the illegal slaughter of elephants, accelerate across the continent at unprecedented rates. Independent researcher and watchdog estimates put the number of pachyderms butchered by poachers for their ivory at 25,000 to 40,000 animals per year. These brutal statistics make for grim reading, with entire elephant populations vanishing, and rates of decline that are quite simply unsustainable.

1. An Elephant Slaughter of ‘Genocidal’ Proportions 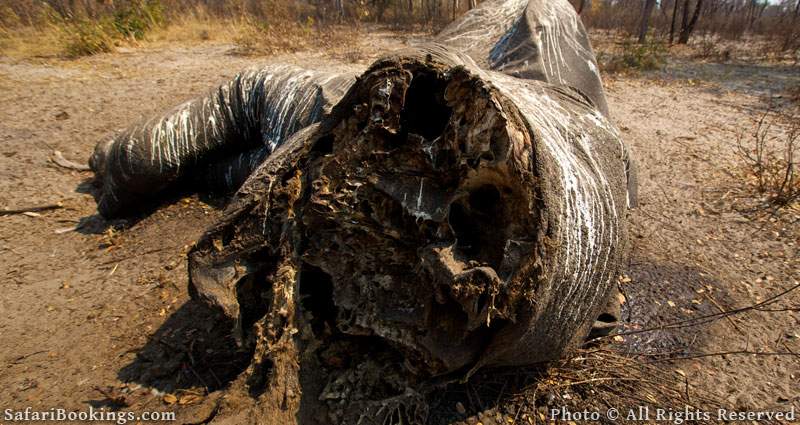 Worryingly, the worst of this butchery has taken place in Tanzania, which was identified by the Environmental Protection Agency’s in-depth November 2014 report, Vanishing Point, as the biggest source of illegal ivory worldwide. The combination of criminality and corruption in Tanzania was cited as the primary cause for the country losing more elephants to poaching than any other African nation. Along with Botswana, Tanzania’s elephant population has always been considered one of the continent’s largest. This makes the Tanzanian elephant statistics all the more tragic and terrifying.

Traffic – a wildlife anti-trafficking NGO – provided further damning evidence, stating that while Tanzania’s poaching numbers were “catastrophic”, they aligned with the Wildlife Trade Monitoring Network’s independently collected data on ivory flows from the country. The non-profit estimated that at least 45 tons of tusks made their way to the international ivory black market from Tanzania over the corresponding period, making it Africa’s largest source of poached ivory. 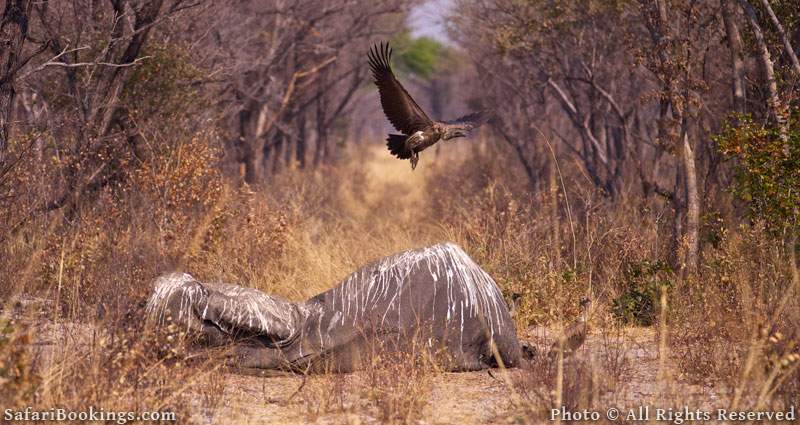 Paul G. Allen’s Vulcan Inc. funded the grandly named Great Elephant Census: an audacious Africa-wide census to try and ascertain robust numbers on African elephant populations. The hope was to better understand the impact of poaching in Africa and, more specifically, the elephant carnage occurring across Africa’s elephant range states. The aerial counts and population estimates – the largest wildlife survey in history – revealed Tanzania’s elephant population declined by 60% over the five-year period leading up to the 2014 census, making it the worst performing country in Africa.

Government data released upon culmination of the Great Elephant Census in 2015 provided further irrefutable evidence of industrial-scale, ivory poaching – the number of elephants in Tanzania crashing from 109,051 in 2009 to 43,330 in 2014. When an annual birth rate of around 5% is taken into account, the number of dead elephants is a staggering 85,181 in five short, blood-soaked years.

It is an open secret that corruption pervades every facet of the illegal ivory trade from the protected area to the port. It is quite simply impossible to butcher elephants on this scale, and traffic these huge numbers of tusks, without the complicity of government authorities at every level. The ivory trade is murky at the best of times, but when wealthy businessmen, politicians, corrupt officials and international criminal syndicates team up, you have all the ingredients for the perfect storm of illegal poaching in Africa.

Tanzania’s elephant losses were found to be at their worst in the southern sector of the country. The Ruaha–Rungwa, Malagarasi-Muyovosi and Selous-Mikumi ecosystems bore the brunt of the butchery: all three of these ‘protected’ landscapes lost over two-thirds of their elephants in half a decade. The “carcass ratio” (proportion of dead elephants expressed as a percentage of all living and dead elephants) indicated elephants were succumbing at four times the natural rate in these hard-hit reserves.

3. Selous: At the Epicentre of a Catastrophic Poaching Pandemic 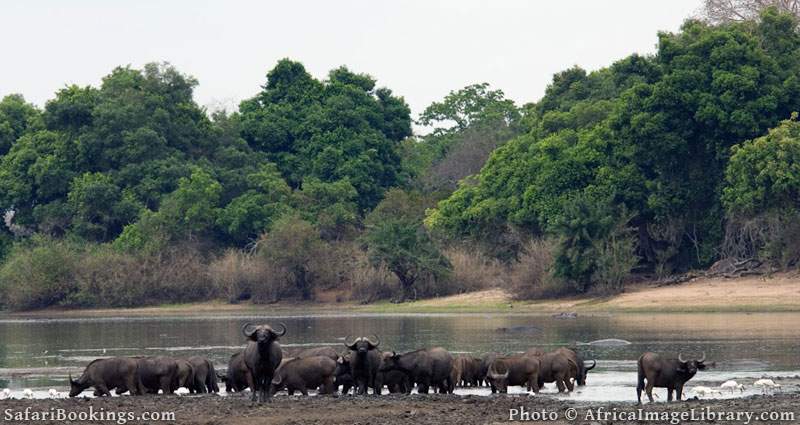 The 50,000 square kilometer Selous is one of the largest protected areas in all of Africa: an iconic game reserve long renowned for its abundant elephant herds and other big game. But the animal poaching in Africa has hit hardest in the Selous and wildlife – especially elephants – has borne the brunt of this unrelenting poaching pressure.

In 1976, this gigantic game reserve – larger than many countries – was home to an estimated 110,000 elephants, which was thought to be the continent’s largest single population at the time. In 1982, UNESCO recognized the game reserve and its plentiful pachyderms with a well-deserved World Heritage Site listing. Sadly, since then, rampant animal poaching has brought about a perilous decline in the Selous’ elephant and rhino populations with numbers plunging by nearly 90%.

Selous Game Reserve has been plundered with industrial-scale ivory poaching, decimating the once abundant herds. In fact, there are few places on the continent that can compete with Selous when it comes to the wholesale slaughter of elephants. The 1980s was a decade of perilous decline with elephants paying the ultimate price to supply an insatiable international ivory market. By 1989 elephant numbers in the Selous had plunged to 30,000 animals. During the 1990s and early 2000s, Chief Park Warden Kibonde, with assistance from various well-funded NGOs, orchestrated a commendable recovery with the Selous population rebounding to around 70,000 elephants by 2006. 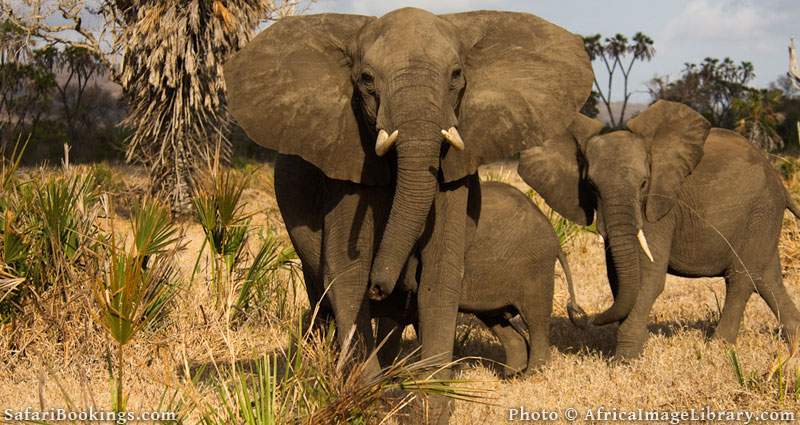 Unfortunately, that was the end of the good news for the grey giants of the Selous. According to Tanzanian government figures, the elephant population in the Selous ecosystem then declined sharply to 38,975 animals in 2009 before entering free-fall and crashing to 13,084 in 2014 (the last official census).

In late 2014, at the height of the most recent Selous poaching blitz, the Economist (reporting the views of several Tanzanian members of parliament) alleged that professional hunters and senior politicians were colluding to illegally kill elephants and ship tons of ivory to Vietnam and China. The accused strenuously denied involvement in anything illegal, labelling the claims as “unfounded and malicious”. Accusations and counter accusations swirled, and all the while elephants continued to pay the ultimate price at the hands of a rampant commercial poaching onslaught.

4. The Selous Be Dammed 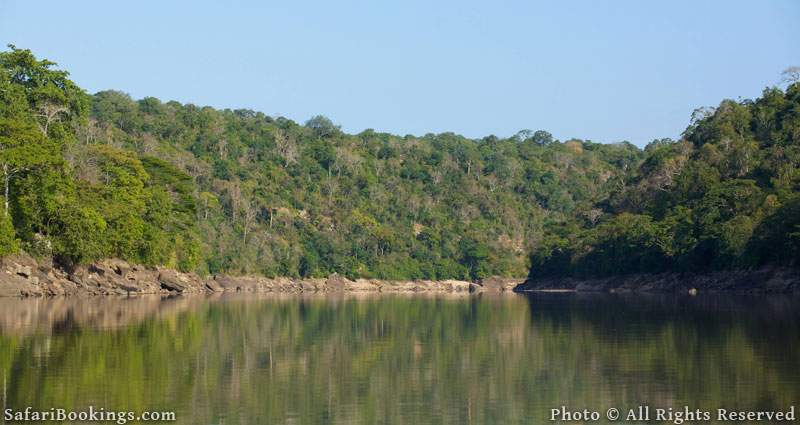 As if the poaching woes afflicting Selous weren’t enough, the country’s dire need for power (to further its industrialization agenda) has resulted in the Magafuli government forging ahead with a major hydroelectric scheme. And the scheme is in the very heart of the Selous Game Reserve. The 2,100-megawatt hydropower project involves damming the Rufiji River within the iconic Stiegler’s Gorge to produce the largest dam in Tanzania.

The Tanzanian Minister of Energy, Dr Medard Kalemani, has said that his ministry is currently constructing the necessary road access and electric infrastructure. It is also simultaneously finalizing the selection of a contractor to implement the project. Work on the Stiegler's Gorge Power Generation Project is anticipated to start in July of 2018 with completion earmarked for early 2021.

While Tanzania’s need for more power in order to grow and sustain local industries is undeniable, the loss of the iconic Stiegler’s Gorge – and quite likely the Selous’s World Heritage listing – is a steep natural heritage price to pay. Not only is it a hefty price tag, but it’s also an irreversible cost that will be borne by future generations of Tanzanians. 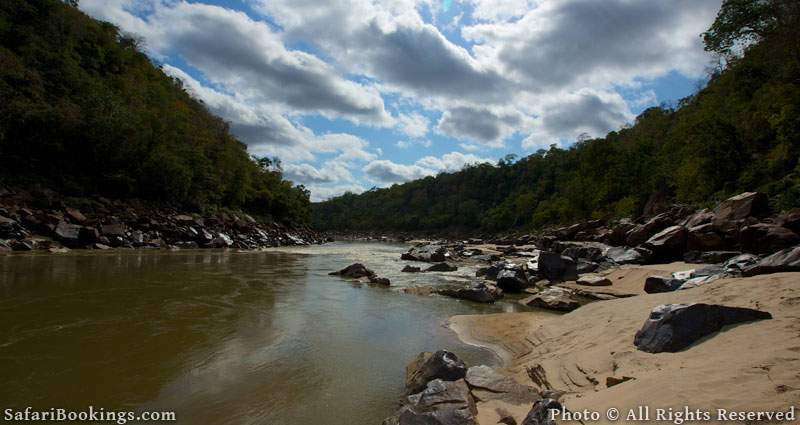 In June 2014, the addition of the Selous Game Reserve to UNESCO’s list of World Heritage Sites under threat sent shock waves reverberating through the conservation community. The committee cited the untenable loss of 25,000 elephants (66 percent of the Selous ecosystem population) between 2009 and 2013 as the primary reason for adding the Selous to its list of Sites at risk.

Opening up major access roads into the centre of the protected area and submerging the indescribably beautiful Stiegler’s Gorge underwater certainly won’t help the Tanzanian cause in trying to ensure Selous avoids a UNESCO delisting.

6. The Role of Tourism in the Selous 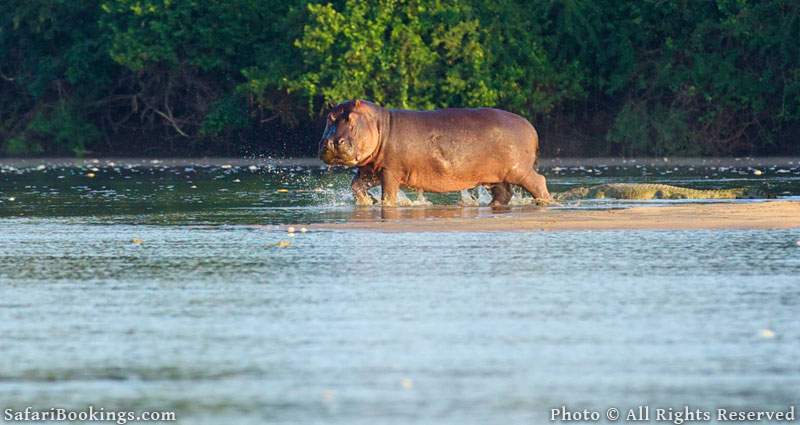 Most conservationists would agree that income from tourism has a crucial role to play in revenue generation and awareness creation if the battle is to be won. On a recent five-night visit to the game reserve in August 2017 – the prime safari season – we failed to site even a single elephant. We saw some tracks and dung, and even heard a small group breaking branches and feeding close to camp one night, but – despite going out on game drives and boat cruises every day – our experienced guide was unable to locate even one elephant.

The Selous still harbours healthy populations of hippo, crocodiles, giraffe, impala and yellow baboon, but it feels decidedly empty without the ubiquitous elephants and rhino of yesteryear. As we explored the depleted main tourism and photographic safari area of the reserve, I heard the words of Dereck Joubert, the distinguished National Geographic videographer and wildlife campaigner, echoing inside my head: “It is my belief that we are in the midst of a battle for Africa. At the moment we are losing a rhino roughly every seven hours and five elephants every hour. If poaching continues at this rate, these species will be wiped out in a matter of years.”

7. On the Rebound, or Trapped in Terminal Decline? 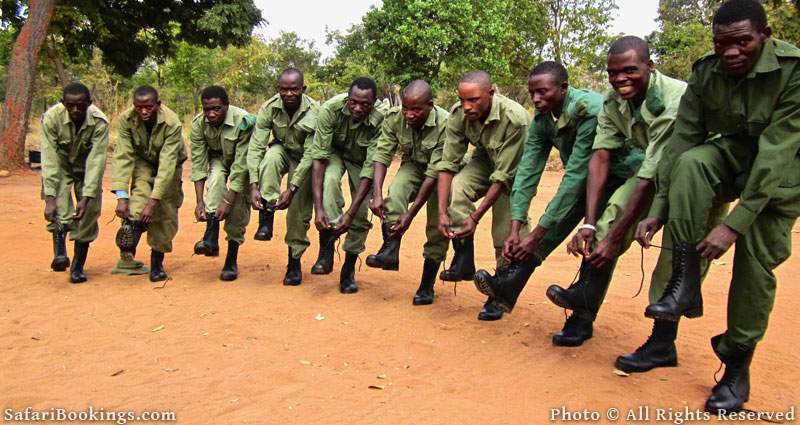 It’s not all doom and gloom for wildlife in Tanzania. The emergence of the elite, multi-agency National and Transnational Serious Crimes Investigation Unit (NTSCIU) in 2014 has been heralded as a game-changer for Tanzania. The Protected Area Management Solutions (or PAMS Foundation) supported task force has remained largely corruption free. It has focused on intelligence-led operations to tackle poaching ringleaders in the cities and not just arresting the omnipresent foot soldiers doing the actual killing.

The NTSCIU numbers achieved over the past three years speak for themselves: 1,398 poachers and illegal ivory traders arrested, of which more than 250 were apprehended in big cities, demonstrating that the war against poaching has been taken up the food chain. In excess of 850 firearms and 40 vehicles used in ivory poaching have been impounded.  And, encouragingly, four of the most notorious illegal ivory traders have been arrested. These high-profile detentions include Yang Feng Glan, the notorious “Ivory Queen”, and Boniface Matthew Mariango, also known as “The Devil”.  With an 84% conviction rate and 65 serious offenders given prison sentences of between 16 years and 40 years, there is finally some genuine political will to tackle the poaching pandemic in Tanzania. 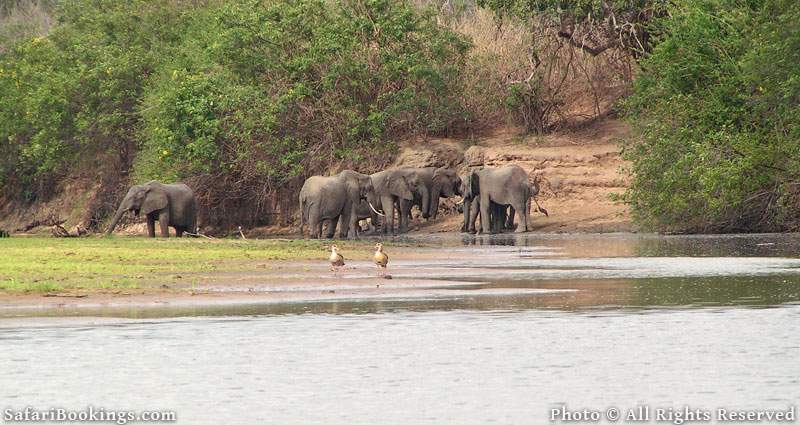 While the Tanzania poaching situation is looking rosier for wildlife than it has in many years, the Selous remains extremely challenged in effecting a genuine turnaround strategy that would enable this iconic reserve to rebound. Frankfurt Zoological Society (FZS) – along with a number of other non-profits – provides financial and technical support to the under-resourced Tanzania Wildlife Management Authority (TAWA). TAWA is responsible for managing the gigantic wilderness area, but remains severely outgunned when it comes to addressing the scale and complexity of the challenges confronting the Selous.

Without a major shift in political will and a dramatic increase in conservation resources, the future of the Selous remains bleak. This is a World Heritage Site in grave danger and its beleaguered elephant herds stand on the very brink of vanishing forever. Future generations will judge us harshly if we allow this to happen.

Jeroen is co-owner of SafariBookings.com. His desire to feel connected powers his love of travel. He has traveled all over the world with his wife and two children.