Perhaps if it was in a different country, it would be better known. After all, everything in Rwanda plays second fiddle to its most famous residents, the mountain gorillas. Yet there’s so much more to this fascinating, tiny country. And Akagera’s beauty and diversity blew me away when I visited last year. It is quite simply one of the prettiest parks in Africa.

In truth, my expectations had been quite low. Several people in the safari business told me “there’s not much there.” Yet Akagera’s story, much like Rwanda’s itself, is one of suffering and survival. 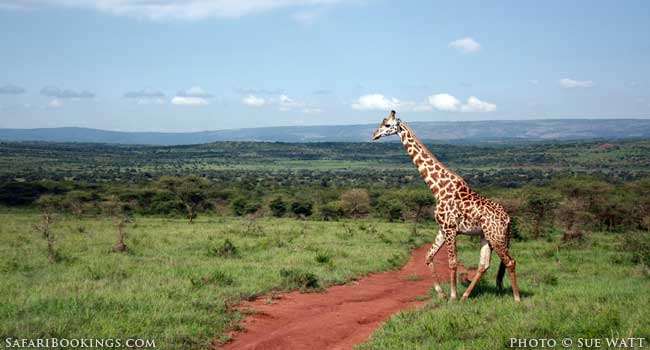 Rwanda’s terrible genocide of 1994 devastated the entire country. And Akagera was no exception. When the horror of the genocide was finally quelled, thousands of refugees who had fled the country in the 1950s and 1960s came home. In Africa’s most densely populated country, land was in short supply. Many settled in Akagera, killing game for food and weakening the ecosystem through grazing their cattle. The natural habitat was being destroyed. And predators like lions, with no prey for their own survival, disappeared.

In 1997, the government intervened by splitting Akagera National Park. Just over half of it was set aside for the refugee communities to make their home. The remaining 1200 square kilometres were protected. Nevertheless there were issues. Invasive plants were suffocating the indigenous vegetation and poachers persisted. In 2010, the Rwandan Development Board joined forces with African Parks, a renowned non-profit organisation that restores wildlife reserves. An electric perimeter fence was installed all around Akagera. Anti-poaching patrols increased, training and equipment were improved and animals were reintroduced. All to help Akagera come back to life. 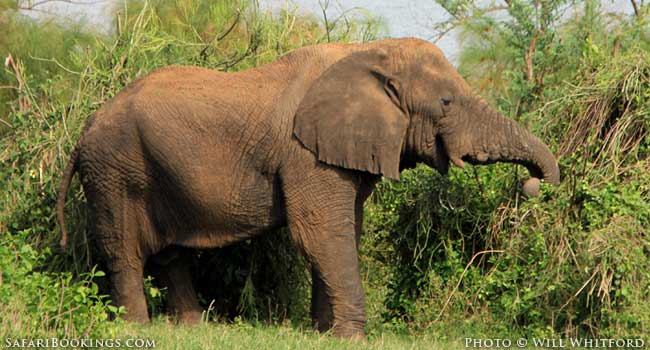 Today, Akagera National Park is an enchanting home to over 8000 large mammals and almost 500 species of birds. With vast lakes and swamps to the east of the park, it is central Africa’s largest protected wetlands. We took boat trips on Lake Ihema which seemed to be full of hippos and crocs and saw plenty of aquatic birds. The rare shoebill stork eluded us.

On game drives to the plains in the north, like a mini-Serengeti, we watched herds of buffalo, zebra and elephants. And we saw a notoriously grumpy elephant, called Mutwara. And around the rolling hills and valleys in the south, we were amazed at the calmness of a whole gamut of antelopes. From Bambi-like oribi to frisky impala to fluffy waterbucks. They won’t be relaxed when the lions arrive this year. Their reintroduction is part of African Parks plans to restore Akagera to a “Big Five” destination once again.

Have a look at the SafariBookings collection of stunning African wildlife photography on Instagram and on Pinterest. We hope the photos will inspire you to book a safari tour that will be the trip of a lifetime!

SafariBookings is the largest online marketplace for African safari tours. Easily compare offers from 3,618 specialized tour operators. Make decisions like a pro by using and guides.
More About Us