Kim is a travel writer who authored and updated over 15 guidebooks, including Lonely Planet's South Africa and Bradt's Tanzania guides.

If you’re into mountain trekking, spectacular landscapes and up close wildlife encounters, then Ethiopia’s  Simien National Park is a must.

Simien National Park may not be your traditional safari destination, but then again that’s what I like most about it. Located in northern Ethiopia, its jagged peaks and endless canyons offer incredible views. They also host a variety of mammals not found anywhere in the world outside Ethiopia. Including the ‘big three’: the Ethiopian Wolf, the Walia Ibex and the Gelada Baboon.

Glimpses of the Ethiopian Wolf, also known as the Red Fox or the Simien Fox, and the Walia Ibex are indeed rare. But you’ll have plenty of opportunities to spy the red-breasted Gelada as well as other more common mammals. These include klipspringers, duikers, bushbuck, hyenas and jackals.

The Simien National Park has the distinction of being on UNESCO's World Heritage List. According to UNESCO, "The park is of global significance for biodiversity conservation because it is home to globally threatened species."

The dry season, which is from December to March, is the best time to visit Simien National Park. During the rainy season, the trails can be slippery and visibility may be poor. 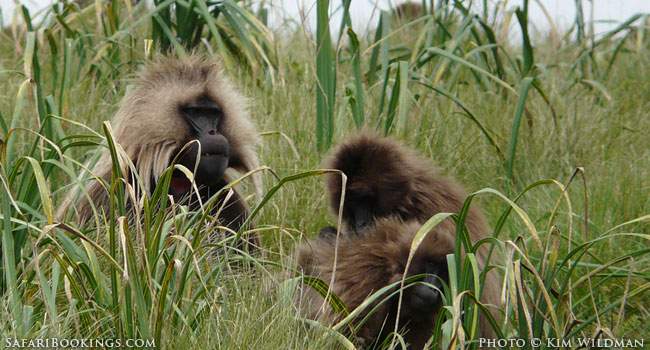 SafariBookings is the largest online marketplace for African safari tours. Easily compare offers from 3,496 specialized tour operators. Make decisions like a pro by using and guides.
More About Us