Africa’s wild places and wildlife are facing ever increasing conservation challenges, as a result of increasing human populations, demand for farm land and minerals – exacerbated by poaching. However there are some shining examples of reserves that are delivering conservation success stories – often in partnership with commercial lodges, local communities and NGOs. Below are suggestions for the Top 5 sustainable African safari parks. Choosing an eco-friendly safari is your chance to help make a positive impact on wildlife conservation efforts and the wellbeing of local communities. 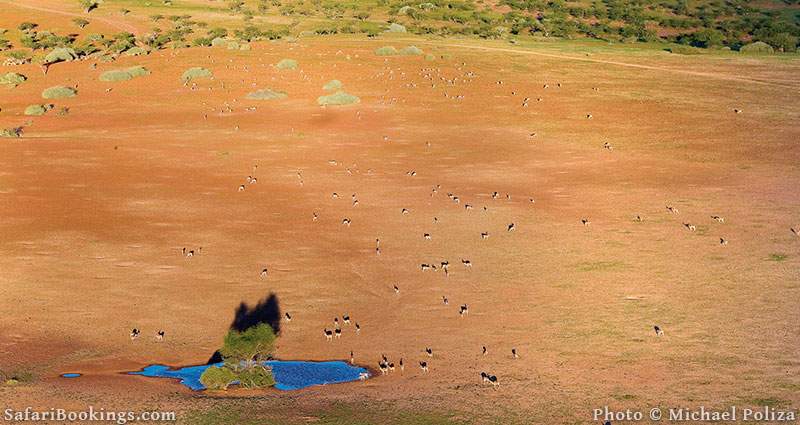 This vast wilderness area in the north-west of Namibia is one of Africa’s last remaining unofficial wildlife areas. Unlike most protected areas in Southern Africa, the wildlife roams free, unrestricted by fences, moving among the local Himba and their livestock. At the core of this remarkable wildlife area is Namibia’s conservancy program. At independence in 1991, the Nambian government gave local communities rights to the land and to the wildlife that lived there. Today there are more than 70 conservancies – covering 20% of the nation – with increasing wildlife populations. The conservancies partner with lodges and camps, creating a sustainable economy from eco-tourism.

A shining example is Damaraland Camp, which has become an inspiration for communities and conservationists throughout Africa. It is the result of a successful result partnership between Wilderness Safaris and the Torra Conservancy, with the community acting as landlord. The partnership has resulted in a 352,000 hectare conservancy being proclaimed and desert-adapted wildlife is flourishing again. Damaraland is an epicentre for black rhino conservation. You can also hope to see the iconic desert elephants, as well as giraffe, zebra and gemsbok. This progressive form of community-integrated tourism is changing lives and protecting animals and is reason why Damaraland should be nominated as one of the Top 5 Sustainable African Safari Parks.

Best Time to visit Damaraland
Damaraland can be visited at any time of the year, but wildlife viewing is best from May to September, during the dry season when animals are drawn to waterholes. 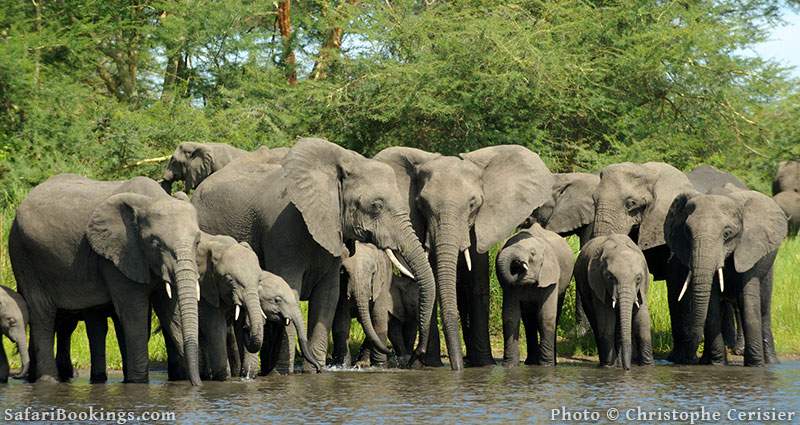 Liwonde feels the most “African” of Malawi’s National Parks, and has a beautiful setting along the Shire River, with grunting hippos and easy to see herds of elephants. However, Liwonde has faced big conservation challenges, as it is surrounded by huge numbers of impoverished people. Thankfully, the inspirational African Parks took over the management of the park in 2015. They are making a very positive impact, empowering the local communities, training rangers, preventing illegal fishing and removing snares. A new perimeter fence has decreased the incidence of human-wildlife conflict and reduced unsustainable deforestation.

Conservation efforts include the recent pioneering elephant translocation and the reintroduction of cheetah and lion. They are working hard to ensure local communities’ benefit from the park’s existence. Liwonde can once again begin to consider itself one of Africa’s Top 5 Sustainable African Safari Park.

Best Time to Visit Liwonde National Park
The best time to visit the park is during the dry season from April to October. 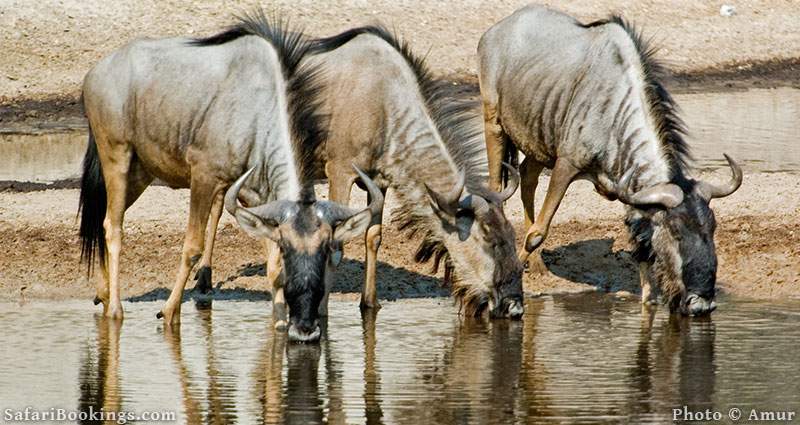 The Makgadikgadi National Park offers a unique travel experience – with its vast open space, timelessness and complete ‘nothingness’. During and following the rainy season, the pans flood, attracting large herds of game. Before the1960's, this area held the longest and possibly the largest migration of zebra and wildebeest in Africa. However, this was dramatically reduced by the erection of fences.

The Makgadikgadi Conservation Initiative is a visionary initiative, restoring the migration between northern Botswana, the Makgadikgadi National Park and the Kalahari Desert. Amazingly, the migration has re-emerged over the last decade – hence nominating The Makgadikgadi National Park as one of the Top 5 Sustainable African Safari Parks. At the heart of this conservation initiative is Meno A Kwena, a hidden gem of a camp perched above the Boteti River, on the border of the Makgadikgadi Pans. Meno A Kwena is playing a significant role - acting as a bridge between the local community and conservationists, allowing this epic migration to flourish once again. The camp has also installed a new watering point for cattle, now that the National Park fence has moved. This fence expands the Park and protects the Boteti River for wildlife use, vastly reducing human-wildlife conflict. 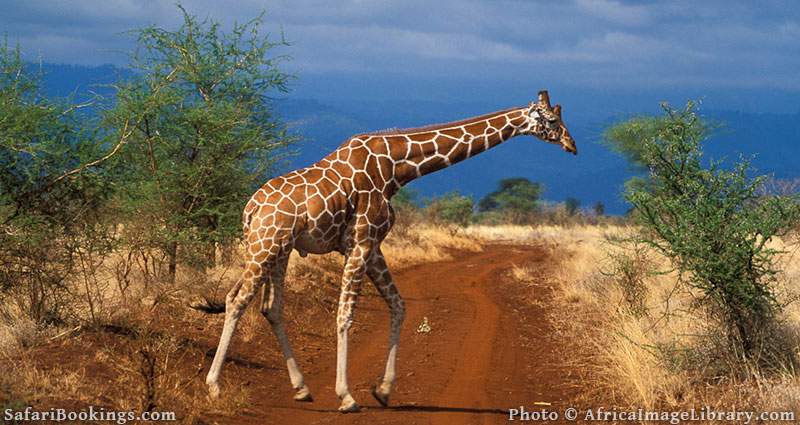 Meru National Park in Kenya was made famous in the 1960’s by Joy and George Adamson, who reintroduced their beloved lion Elsa into the wild here. The park was hugely popular with tourists in the 1970’s, however terrible poaching in the late 1980’s saw a drastic decline in tourist numbers. Fortunately, it has undergone a near-total recovery since those dark days. Meru now has a reputation as one of the best wilderness areas on the Kenyan safari circuit, although it still remains a lot less busy than some of the country’s more popular parks.

At the heart of the Park, on a small rocky hill sits Elsa’s Kopje Camp. The lodge is built overlooking the site of George Adamson’s camp. It was the visionary owners of Elsa’a Kopje that helped secure Meru’s future, now giving it the reputation as one of the top 5 sustainable African Safari Parks. The lodge is a founding partner of the Wildlife Warrior Program, providing school scholarships o outstanding young conservationists. Through their Land & Life Foundation, they also support the Ura Gate Primary School, on the park boundaries. Many of the staff at Elsa's Kopje have been employed from the local community and some have been there since it opened nearly 20 years ago. Elsa’s Kopje has made a huge contribution to ensuring that Meru National Park is once again a viable conservation area.

Best time to visit Meru National Park
Wildlife viewing is best in the dry season from June to September. 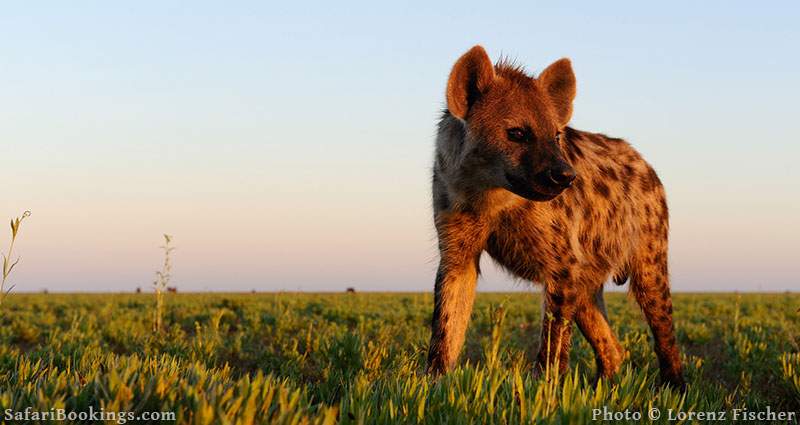 Liuwa Plains is a remote wilderness in western Zambia, home to Africa’s ‘other’ migration of wildebeest and a remarkable conservation success story. In November, with the onset of the rains, massive herds of blue wildebeest congregate – the second largest migration in Africa. Predator numbers are now increasing. Hyenas reign as top carnivore and lion were reintroduced in 2003. The highly effective NGO, African Parks, assumed management of the Park in 2003. They have established effective law enforcement operations to keep both the communities and wildlife safe. It is only through engaging with local communities and establishing projects to improve their livelihoods that Liuwa can flourish.

Liuwa Plains has one of the oldest conservation histories in Africa, dating back to the late 19th century when the King of Barotseland, appointed his people as the custodians of the reserve. The result is a unique ecosystem where people and wildlife live together. This is why Liuwa is nominated as one of the Top 5 Sustainable African safari parks. The opening of a new permanent lodge - King Lewanika, has opened up the park for high-end tourism – and Liuwa is fast becoming Zambia’s hottest, off-the-beaten-track destination.

Best Time To visit Liuwa Plains
To see the wildebeest gather in huge numbers, you need to visit in November – before the rain intensifies in January and closes off road access for the next four months.