I’ve been lucky enough over the years to have had lots of different wildlife-watching experiences while on safari in Africa. I’ve indulged my interest in animals while bouncing around national parks in sturdy (and not-so-sturdy) 4WDs and sprawled on the bench seats of safari trucks and motorboats.
On one memorable occasion, I hovered high above Victoria Falls in an ultralight – a sensation I can only describe as like being in a flying armchair. But some of my favourite experiences have involved stepping out from behind the windshield and heading into the African bush on a walking safari.

The many types of African safari
The thrills of a typical African safari are many. On a self-drive trip, you might have anxious antelopes springing across the road as you approach, while their mellower buddies just stand there outside your window, twitching their tails in the sunlight. 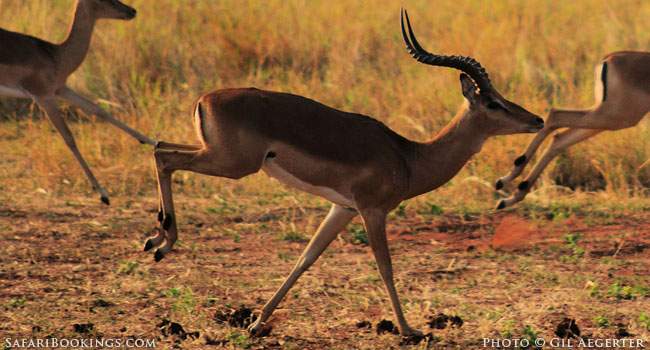 If you’ve chosen to hoist yourself up into a safari truck, you may find yourself chauffeured into the midst of a herd of elephants, their wrinkled hides almost close enough to touch. On one guided night drive, my driver parked us in front of a large herd of buffalo lying in a field. All I could see of the dangerously skittish beasts was the twinkle of dozens of tiny eyes in the moonlight.

Boat trips can offer close-up wildlife experiences too. I once took a ride up the Chobe River, the broad, slow-flowing border between northern Botswana and the lumpy north-eastern finger of Namibia known as the Caprivi Strip. Not content with letting his passengers check out animals from a safe distance, our captain – who had chosen the name Lucky – steered his boat right up onto a sandy riverbank where a dozen elephants were taking a mid-afternoon stroll. I’ll admit to holding my breath when a couple of bulls marched to within a few feet of the bow and idly waved their trunks in front of our faces, as if telling us off for interrupting their constitutional. 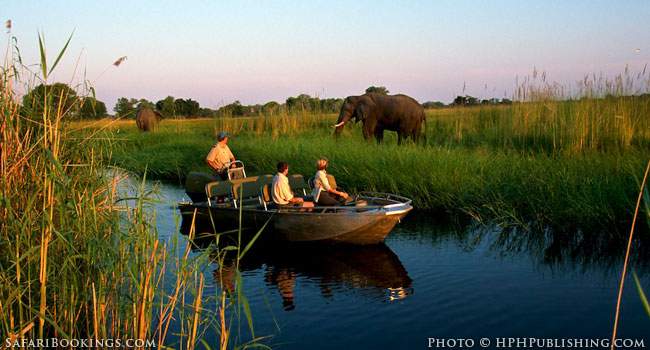 And yet, as wonderful as these experiences can be, there’s something extra-special about literally being on the ground in the vicinity of African wildlife. When there’s nothing between you and them except for a bit of dirt, a few bushes or trees, and thin air.

Walking with wildlife
The principle behind a walking safari is straightforward enough. A small group of people is escorted through the bush by knowledgeable guides who know the area in question, and the habits of the local wildlife, like the backs of their own hands. At least one of your chaperones will carry a weapon, in case an animal shows a bit too much interest in you and your fellow interlopers.

Although it should be said that while there’s clearly some risk involved in wandering around wild animal territory, such incidents are extremely rare. The walks can range from a few hours to a few days (going from camp to camp), but they all have the same goal: to allow you to get as close as possible to as much wildlife as possible. 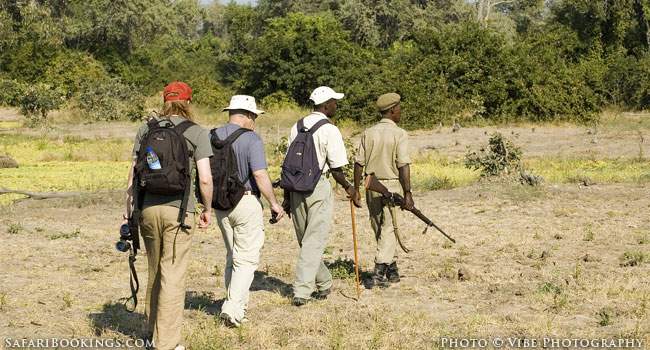 There are a couple of simple rules you have to follow on walking safaris. The most important is that you do what your guides tell you – they are the experts and they are in charge. The people in your group will also need to walk in single file, which makes it easier for your guides to look after you.

And you’ll need to keep noise to a minimum, so you don’t scare off or aggravate the wildlife around you. That means no whooping when you spot a cheetah in the distance, or shrieking when you realise there’s a lion in that clump of bushes just ahead.

While it may seem counterintuitive, the need to stay calm applies even in the unlikely event you come across a predator in a nasty mood. The old safari maxim speaks for itself: If you act like prey – such as by trying to run away – you will be treated like prey. 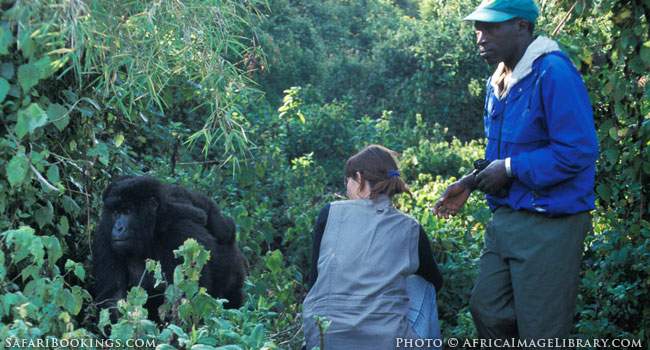 African walking safaris have steadily grown in popularity since the 1990s, and you can now do them all over the continent. You can track gorillas in Rwanda’s Virunga Mountains, exchange thousand-yard stares with lions on Kenya’s glorious Maasai Mara savannah, and keep your eyes peeled for leopards and rhinos in South Africa’s Kruger. Or, as I did on an early trip to Africa, you can take a stroll through the grasslands of one of Zambia’s most spectacular national parks.

A South Luangwa safari
When I visited South Luangwa, which sits on an escarpment in the east of Zambia, just below the Muchinga mountain range, I found that its fantastic reputation for wildlife watching was thoroughly deserved. So much so that after a night drive in a safari truck, the highlight of which was a troop of baboons putting up a deafening screeching because of an approaching predator, I promptly decided to join a walking safari.

We drove back into the park early the following morning, trailing a trio of big spotted hyenas that loped along the access road. We then disembarked and set off on foot – in single file of course. 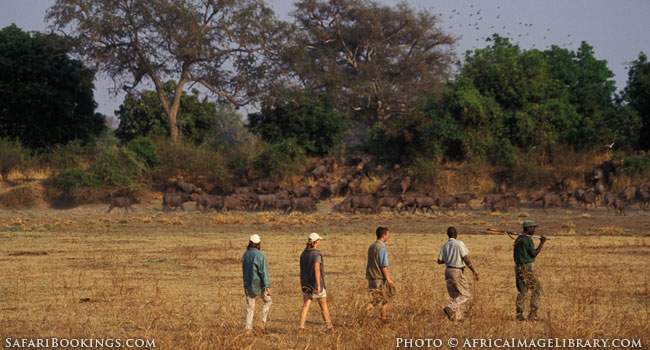 The first part of the walk was centred on animal poo. Our guide explained how to identify various animals based on their smelly spoor, and made surprising connections with the surrounding vegetation. Pointing out a clump of Nile cabbage, the guide told us it had grown from seeds that had been swallowed by a hippo and then shat out during the animal’s wanderings away from its riverine home.

We also learned that termite mounds can extend up to 10 metres underground. And we got to watch the antics of sociable weavers as they darted in and out of impressive multi-chambered nests that weighed down the spindly branches of acacia trees. 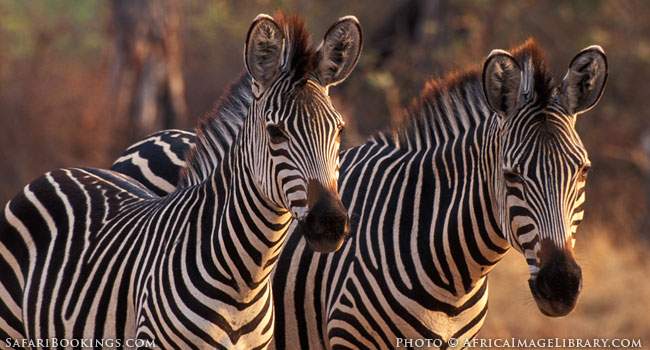 Over the course of a few hours, I became more and more lulled by the walking safari. I was out in the open under a blazing African sky instead of cocooned inside another vehicle, busily spotting animals in the scrub: a family of giraffes poking about in some trees, a herd of zebra trotting gracefully across a field.

We didn’t come across any big cats or other predators that day, but I guess there was as much relief in that as disappointment. Besides, when the walk finally came to an end, we were sitting under the sweeping limbs of a giant tamarind tree, with starlets and lilac-breasted rollers careening around us, and I was happier than I can describe.

Watching wildlife on foot
Acquainting yourself with Africa’s wildlife is an unforgettable experience no matter how it happens. It might be a convoy of safari trucks converging on a lion kill, a cruise on a river dotted with pods of hippos, or a joy flight over a massive gathering of wildebeest on an open plain. But it really is something special to take a walking safari into untouched wilderness. It’s a unique opportunity to be on an equal footing with Africa’s extraordinary wildlife.