I'm learning how to become a safari guide. And for the past two weeks I’ve been acting as a ‘fly on the wall’ (a really annoying, biting, buzzy one at that) at an Asilia Africa Safari Guide training camp in northern Tanzania’s Tarangire National Park.

Ecology then is the study of how organisms relate to one and other and to their environment, but it’s a lot more interesting than this dry definition lets on. Pietro Luraschi, head guide for Asilia and the man leading the guide training course, explained the nitrogen cycle to us and the water cycle. And all about the various interactions between the plants and creatures on the East African savannas. He also spent much of one lecture describing, in passionate detail, the lifecycle of the fig wasp. And how, for pollination, figs are reliant on fig wasps to fertilise them. It didn’t seem to have much relevance to the lions and leopards kind of questions that most safari visitors are likely to ask.  Nevertheless, it had the classroom riveted. 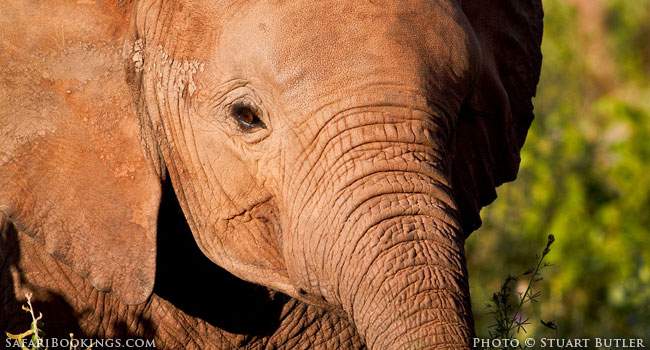 Basically, fig pollination occurs by a female wasp entering into the fig through a tiny hole. And then laying her eggs inside the fig. Shortly thereafter, a bunch of tiny baby male fig wasps hatch. Then, using a penis that on a like-by-like basis is one of the largest in the animal world, impregnates the pretty lady wasps just before they emerge. The male then dies. The already up the duff female hatches and buzzes off to another fig and lays her eggs there. There was also something about another species of wasp being involved that had to cut a hole in the top of the fig so that the female could escape. However, I forget the details of that. I was too busy wondering how many wasps with giant penises I had eaten inside my figs over the years.

The battle between trees and grass

Another more memorable ecology lessons revolved around the never-ending battle between trees and grass on the savannah. From what I understood, when it grows up the savannah would actually dearly love to be a woodland. Maybe even a jungle. But life, in the form of herbivores, soil types and fire, has always been cruel to savannahs' woodland ambitions. And prevented it from achieving its dreams.

Every time the trees and bushes start to get a hold the elephants, giraffes and impalas knock them back, or the soil type proves all wrong for bushes to burst into trees and then, just as things are going better, along comes nasty old fire and burns all those tender young trees back to a tinder. Grass also suffers from many of the same problems. But it bounces back quicker than bushes and trees. Therefore the savannah remains mainly just endless horizons of golden grass with bigger ambitions. 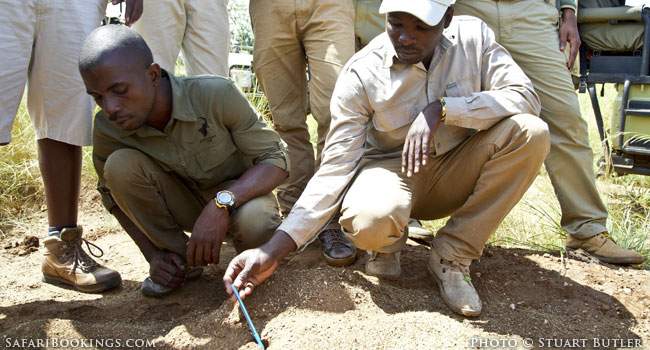 And all this talk of grasslands and insects reminds me of something I was once told by a highly regarded Kenyan entomologist. “One in every species of animal across the world is a beetle” he had enthusiastically said as we sat on a golden-grass hilltop on the Masai Mara-Serengeti border. “All have their role to play but perhaps it’s the dung beetles that are the most popular with safari-goers”. And it’s true, everyone likes to watch a dung beetle comically roll a perfect ball of dung along the ground. But few of us really give them a second thought. Perhaps we should. He said that the absence of dung beetles would have consequences. “After the wildebeest migration the entire Mara eco-system will be covered in a one inch (2.5cm) deep layer of dung”. That’s some 4500sqkm which would have a thick layer of dung spread across them.

Not all work and no play

Of course it hasn’t all been about classroom education this week. A safari guide likes to have fun. There have been volley ball matches, bird-watching trips (in which I once again proved that I had an unnatural ability to misidentify the most obvious of birds), expeditions to find and photograph the perfect baobab tree, (a near impossible task in a park like Tarangire which is so blessed with these most grand and beautiful of trees) and a competition to do the best animal noise impersonation (which was an easy win for Asilia’s head chef John De Villiers and his impression of a man kicking a dog).

So there you go – ecology: I told you it was interesting. Not just does it explain how we get the oxygen that keeps us alive but it also allows us to talk with a straight face (well maybe not me) about giant penises and a world covered in excrement.

In next week's blog I leave the wildlife guides behind. I will put on a pinny and join the trainee bush chefs and waiters and waitresses.

Want to know more about becoming a safari guide?

For more on Stuart’s experiences following the Asilia Africa guide training please see the Asilia blog and follow the Facebook page. And, of course, please check out our SafariBookings blog, where we always keep you posted on safari news, tips and stories.