For the past three weeks I’ve been learning how to become a safari guide. I've been acting as a ‘mosquito/testse fly on the wall’ at an Asilia Africa safari guide training camp in northern Tanzania’s Tarangire National Park. For the first week I learnt all about the birds that might be encountered on a safari.

In the second week of how to become a safari guide, I learned about ecology. This was very useful because it taught me lots of long, clever-sounding words with which to impress people back home. For this, my third week, I left the brainy people talking about nitrogen cycles. And I disappeared instead into the kitchens of Asilia’s Olivers Camp to learn all about canapés and food hygiene. And, of course, how to blend the perfect pina colada.

As any of you who have been lucky enough to experience a stay at an Asilia Africa camp will know lunch, dinner and breakfast are almost as important as lions and giraffe. Every evening, guests gather around the campfire. They share bush tales over gin and tonics after which elaborate three-course meals are presented with panache. It all seems to run with such gentle ease and organisation. It is easy to forget that the nearest fresh produce can be many hours' drive (or even flight) away. And that the chefs and wait staff are using kitchens that, although surprisingly well-equipped considering the locations, are still deep in the bush. And they lack the space and facilities that a top city restaurant will likely enjoy. So how do they do it? 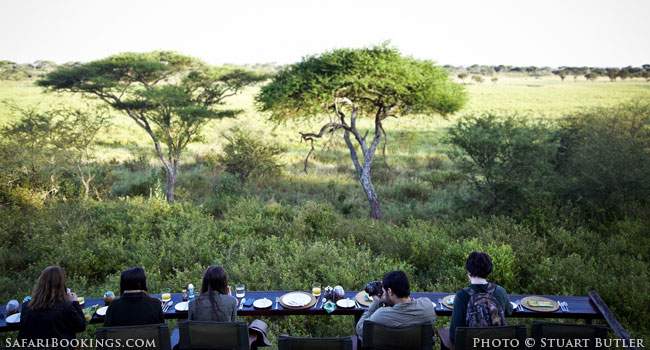 I sat down with head Asilia chef, John De Villiers. He was in camp training the next generation of Asilia chefs. My quest: to find out what goes on behind the scenes in an Asilia kitchen. Namibian by birth, John is tall and thin with a sense of humour as dry as his homeland. He now lives a largely nomadic life. He tours Asilia’s camps across eastern Africa - checking and training kitchen staff and putting together new menus.

His dry sense of humour and generally meticulous organisational skills probably serve him well.  He spends much of his time travelling with Pietro and Lorenzo, the two top wildlife guides at Asilia. Both being Italian, they never miss a chance to remind John (and anyone else) that ‘only’ Italians know how to cook. However, seeing how Pietro coats every meal, including breakfast cereal, in chili sauce both John and I felt that the Italians might have been rather overstating their in-built culinary expertise.

The challenges of running a safari camp kitchen

For a chef working in a city restaurant the day must be rather easy. If you run out of lettuces you pop down the market and buy some more. If a kitchen appliance breaks you race to the shops and buy another. In a safari camp though that’s rarely the case. John explained how all food, drink and cooking requirements have to be ordered days, or even weeks, in advance. And that in general only one lorry of supplies a week comes into camp. Even then it’s not uncommon for the lorry to break down. Or get stuck in a quagmire of thick, black mud. And when that happens, some serious culinary improvisation can be called for. But there was something else about running a bush kitchen that I’d also never before considered. 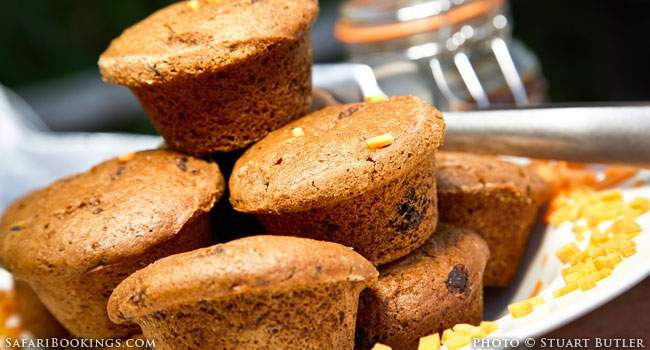 People come to the national parks of Africa to see animals engaged in a never ending search for food. Animals aren’t stupid. Many of them quickly learn that easy meals can often be found where humans are present. Indeed, early one morning I found this out for myself when I arrived in the dining tent of Olivers Camp to find a honey badger on-top of a table helping himself to coffee and sugar.

The name ‘honey badger’ often conjures up an image of a cute little furry creature who, Pooh Bear like, enjoys nothing more than some honey and toast followed by a snooze in an armchair. Well maybe this honey badger was buzzing on caffeine, but let me tell you there’s nothing cute about these grumpy monsters. Rumour has it that even lions run away from honey badgers. On seeing me, the badger leapt off the table. And, clearly deciding that half-awake human would make for a tasty snack, came running towards. With teeth bared and an evil snarl emanating from somewhere in the depths of its throat. I did the manly thing and ran away at top speed screaming like a school girl.

And a wildebeest trapped in the kitchen...

John had even bigger tales. He told me how one time, when he was based up at the divine Sayari Camp in the northern fringe of the Serengeti National Park, he and camp manager at the time, Arthur, were sitting talking with guests after dinner when they heard an almighty crash from the kitchen. It was approaching midnight and normally at this late hour the kitchen should be closed up. Arthur and John bravely went to investigate. Trapped inside the kitchen, and busy smashing glasses with abandon, they discovered a wildebeest.

A couple of camp guards said that some lions chased a small herd of wildebeest through the camp. The other wildebeest had raced off into the darkness. But this one decided that the best course of action was to run into the kitchen and hide under the table. I think I would be with him on this.

... and freed from the kitchen

John and Arthur set to work trying to rescue the wildebeest. But there was a problem. Not just was the animal large, frightened and potentially dangerous but the camp guards were all Kuria (a tribal group from northern Tanzania) peoples and if there’s one thing the Kuria are renowned for it’s their hunting skills and love of wildebeest meat (there will be another blog post on this topic in the coming weeks). For the camp guards this wasn’t so much an animal in need but was dinner. It had even taken itself into the kitchen and now needed nothing more than a gentle shove into an oven.

After much negotiation with guards who were stunned that John and Arthur were willing to just throw away a good meal the group entered the kitchen in formation, rugby tackled the wildebeest and then manhandled it outside and to its freedom – at least it was free so long as it didn’t bump into the lions… 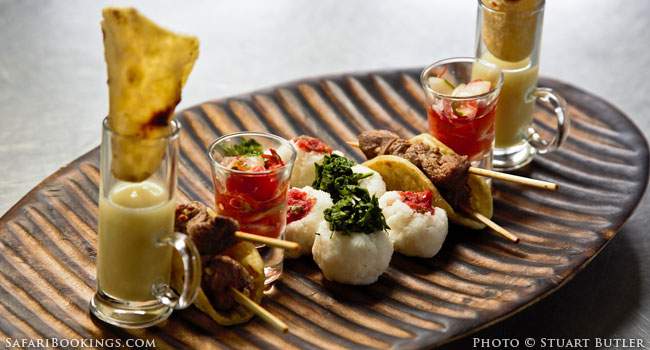 It wasn’t just John who had stories that would make normal chefs glad they had nothing more serious than a lost tin opener to worry about. Freddy, who works at one of Asilia’s Serengeti camps, told me of baboons stealing all the fruit for breakfast just before it was due to be served and hyenas sneaking into the kitchen and ravaging everything to such an extent that letting a bull into a china shop would seem like a spring clean. Removing the hyenas from their new playground was, in his understated words, “a big problem”.

With honey monsters, hyena and wildebeest dropping by the kitchens every now and then it’s clear that being a bush tucker chef is no walk in the (national) park. And as my experience with the badger had probably proven if I were ever to find myself working in an Asilia kitchen my role would probably be limited to that of putting cocktail cherries and pink umbrellas in the pina coladas.

In next week's "becoming a safari guide" blog post, I'll get brave in the bush and learn how to track the big folk during the mammal training course.

Want to know more about becoming a safari guide?

For more on Stuart’s experiences following the Asilia Africa guide training please see the Asilia blog and follow the Facebook page. And, of course, please check out our SafariBookings blog, where we always keep you posted on safari news, tips and stories.