Discovering Southern Circuit Safaris in Tanzania: Ruaha National Park and Nyerere National Park (formerly Selous). Tanzania has just about everything you could wish for in an African safari holiday. Safaribookings, the largest online safari marketplace for safari tours, has declared it Africa’s best safari destination following a thorough analysis of reviews from travellers and experts alike.

Most visitors travel to what is known as the Northern Circuit. This includes the dramatic Ngorongoro Crater, home to around 30,000 animals. Another popular destination is the vast Serengeti with its world-renowned Great Wildebeest Migration. Also high on the list are the exceptionally pretty Lake Manyara and Tarangire National Parks.

As wonderful as these popular places are, Tanzania has much more to offer than these well-known hotspots. If you want to escape the crowds, head to the country’s little-visited yet stunning and wildlife-rich Southern Circuit.

A Tanzania Safari in the Southern Circuit 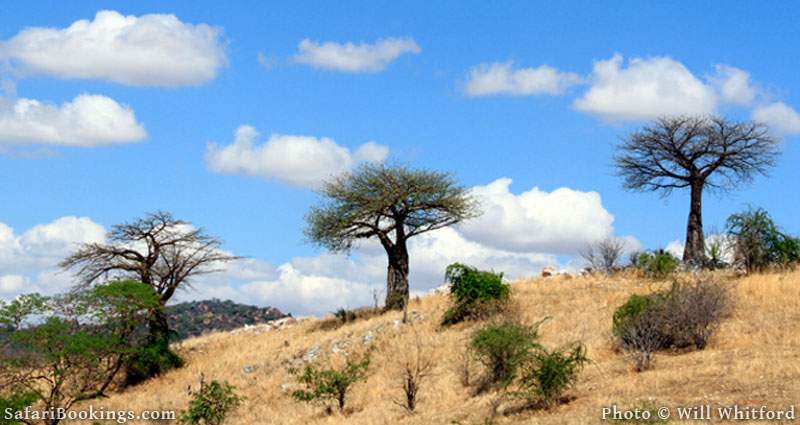 Safaris in Tanzania’s Southern Circuit focus on two main destinations: Ruaha National Park and Nyerere National Park. Although both are quite remote, they are easily accessed by bush flights from Dar es Salaam to airstrips within the two reserves.

Competing against Serengeti’s wildebeest migration and Ngorongoro’s throngs of animals, the Southern Circuit may lack some of the kudos of its Northern counterpart, but it lacks none of the beauty. And the wildlife, although not always as easy to spot, is even more diverse and rewarding.

Ruaha and Nyerere are not yet on the mainstream tourist radar, having only a handful of lodges between them. What they have in abundance, however, is a true sense of wilderness, of raw and untamed Africa. The Southern Circuit offers a very different - but equally as fascinating - Tanzania safari. 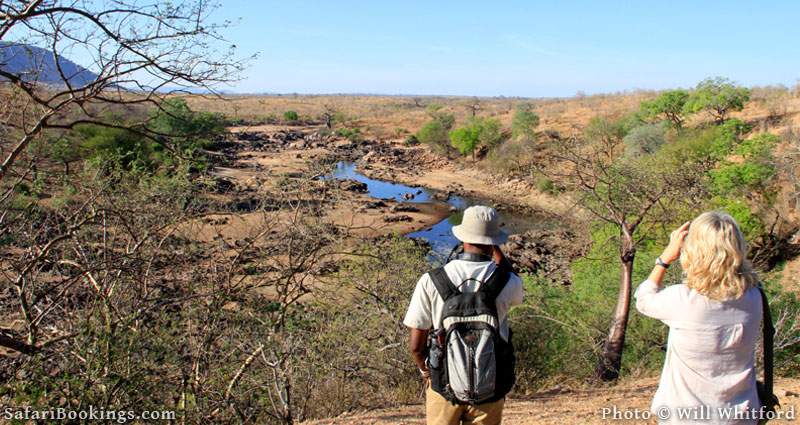 The Ruaha River as seen on a walking safari in the dry season.

Spanning over 20,000 square kilometres, Ruaha is Tanzania’s second-largest national park. This vast tract of bush, about the size of New Jersey, is home to ten percent of Africa’s lions and East Africa’s highest population of elephants.

They’ve chosen a beautiful home. Skinny palm trees and bulbous baobabs dot the landscape bordered by distant hills and granite outcrops or kopjes. The Ruaha River is the heart of the park. Tumbling across rocky boulders in the wet season and transforming into a broad sand river when it’s dry, it’s a magnet for the wildlife. 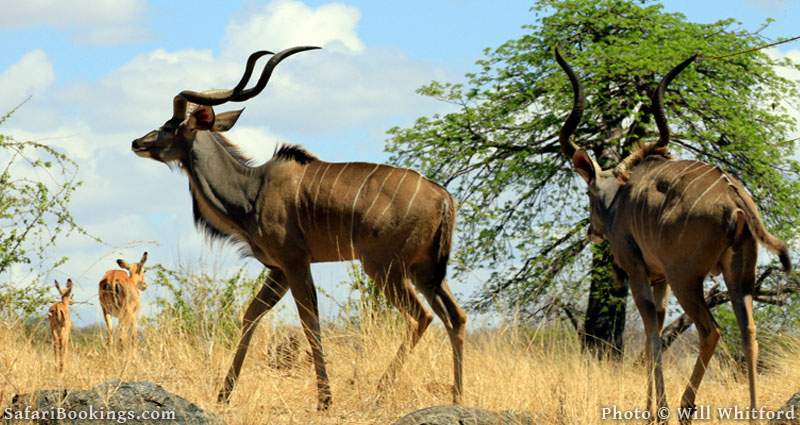 Ruaha is located on something of a transition zone where East Africa meets the south. As a result, the wildlife here is particularly varied – on game drives and walking safaris, you’ll see greater kudu with their vast spiralling horns, or perhaps roan and sable, all handsome antelopes. The birdlife too is immensely diverse with over 580 species recorded. 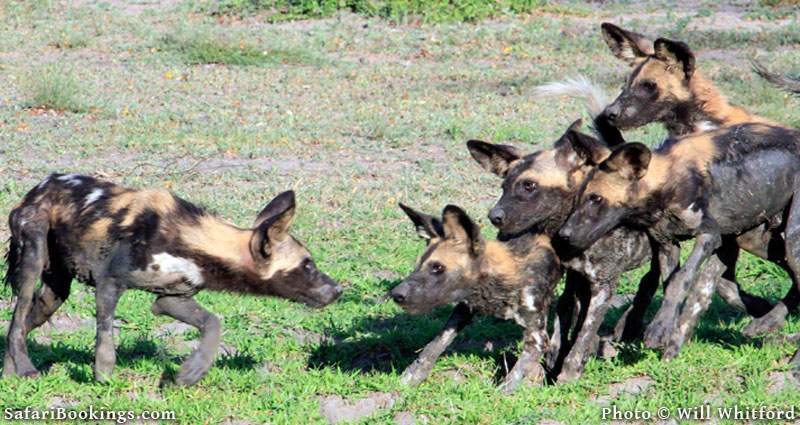 Tanzania’s Southern Circuit is one of the best regions for sightings of rare African wild dogs.

Despite its scale, Ruaha National Park is one of the best places in Africa to see rare and elusive packs of wild dog, quirky carnivores with strange saucer-shaped ears and distinctively patterned coats of brown, black and white. Leopards are regularly spotted, either resting in the trees during the day or prowling the plains at night. Look out for large prides of lions too, particularly around the Mwagusi and Mdonya Rivers. 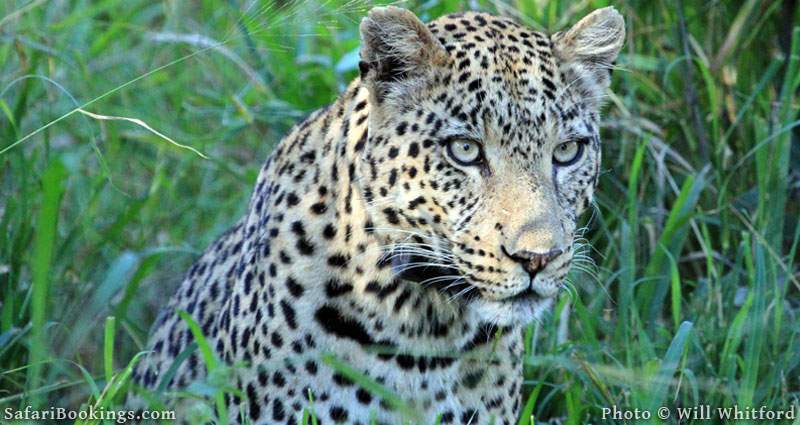 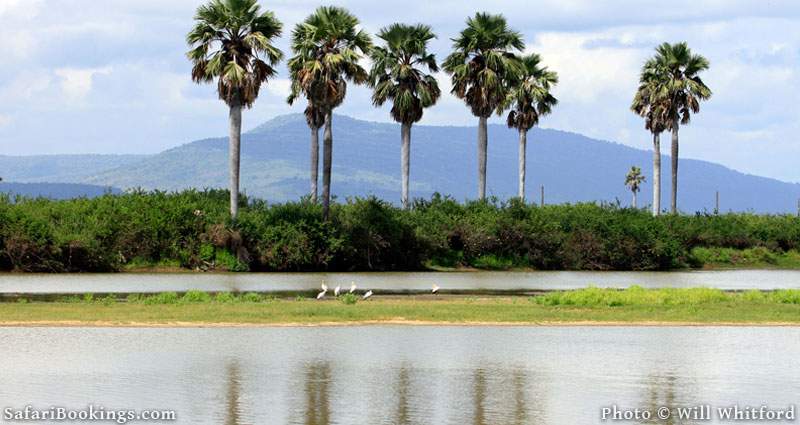 The ubiquitous palms dotting the landscapes of Nyerere National Park.

Nyerere National Park, a UNESCO World Heritage Site, is Tanzania’s largest national park: spanning some 30,000 km2. However, only a fraction is accessible to photographic safaris.

But don’t let this put you off. The Selous is a magical place of lush landscapes dominated by the river and a chain of lakes that make for excellent wildlife watching. As a reserve rather than a national park, it allows walking safaris, boat trips and fly-camping, all contributing to that special sense of discovery and a true wilderness experience. 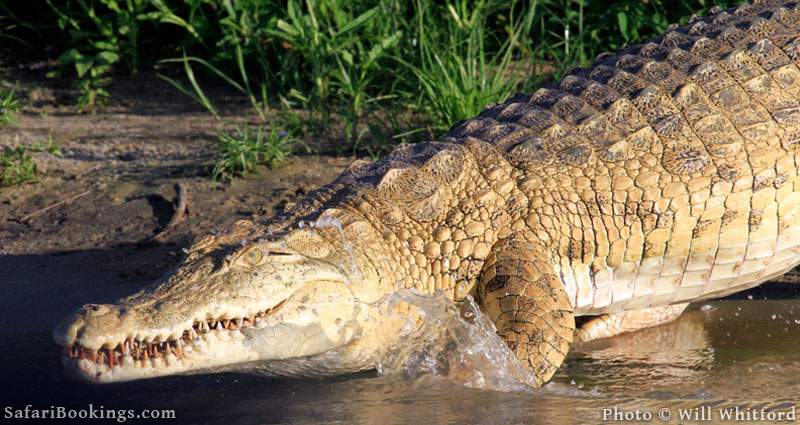 One of the hundreds of crocodiles in Lake Nzerakera, Nyerere National Park.

One of the best areas for wildlife is around Lakes Manze and Nzerakera to the east of the reserve. On boat trips, make sure you don’t dip your hand in the water – these lakes are home to hundreds of crocodiles which make for fascinating viewing as you sip your sundowner cocktails. Lions wait for prey to come to drink, hippos harrumph and hide underwater and all kinds of aquatic birds gather on the lake shore. 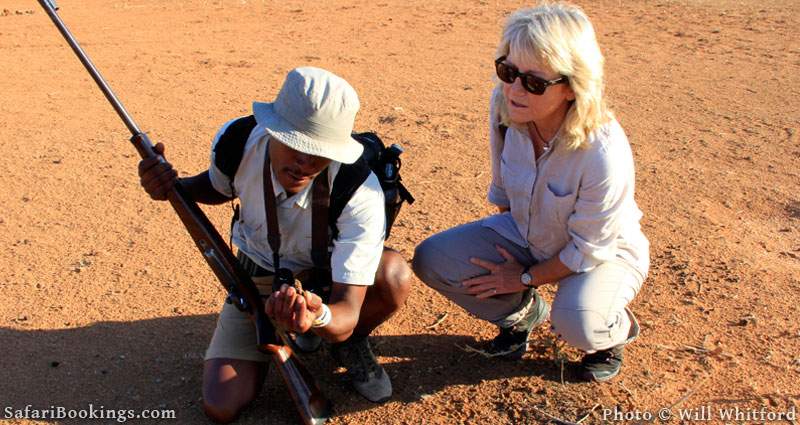 Walks around the reserve reveal the smaller creatures of the bush, such as the bugs and birds that you never really get to see in a vehicle. And on game drives, you’ll see plenty of larger creatures too. As with Ruaha, it’s one of the places where you might just spot the rare and elusive wild dogs, often in packs of over 20. Elephants were once prolific until poaching intervened, but look out for babies among the herds, a sure sign that the pachyderms are feeling more settled now. And giraffes are abundant here – they seem to be browsing around every corner. 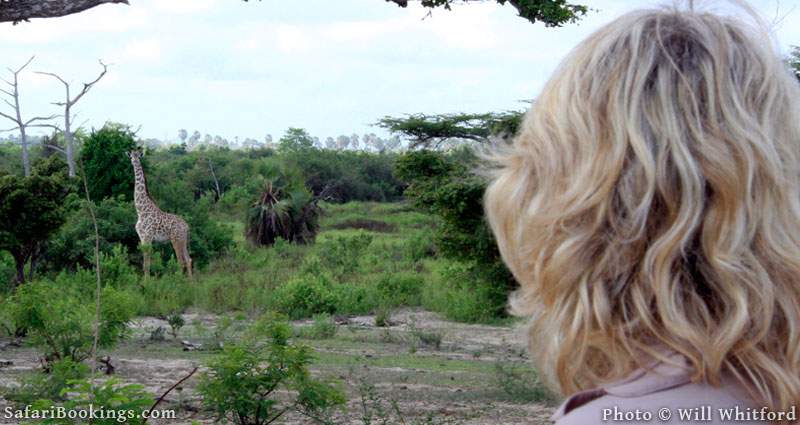 Encountering giraffe on a walking safari in Selous Game Reserve. 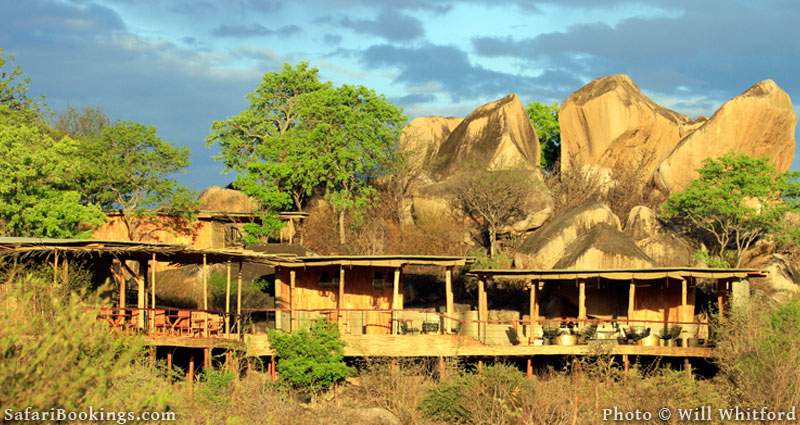 One thing you won’t encounter in Ruaha National Park or Selous Game Reserve is crowds of fellow travellers. Both destinations have just a few lodges and camps scattered around the parks, ranging from contemporary luxury to simply rustic. They are all relatively small and intimate, enhancing that wild off-the-beaten-track vibe that Tanzania’s Southern Circuit is all about.

Find a fascinating safari tour to Ruaha and Selous in Tanzania’s Southern Circuit on Safaribookings.com.