Climbing to the Snows of Mount Kilimanjaro

Mount Kilimanjaro is one of the most impressive sights in Africa. Its towering snow-capped, symmetrical cone is visible from as far away as Tsavo National Park in Kenya and the southern highlands of Tanzania.

At 5,895 meters high, Mount Kilimanjaro is Africa’s highest mountain and affectionately called simply Kili. It was formed about one million years ago by a series of volcanic movements along the Great Rift Valley. There are many explanations for how the mountain got its name. However, it is likely derived from the Kiswahili word kilima  ('top of the hill').

Mount Kilimanjaro rises from a relatively flat plain in complete isolation. It is the largest freestanding mountain in the world. It’s not as far above sea level as any number of peaks in the Himalaya. That said, the difference between its base and its peak is much greater. The Kilimanjaro National Park has protected the peaks since 1973. It and covers an area of approximately 755 square kilometers, and is today a UNESCO World Heritage Site.

The mountain supports a unique combination of climatic zones that take you on the equivalent of a trip from the equator to the Arctic over just a few days.

The grassy cultivated lower slopes lead up into rich rainforest. It is then followed by alpine moorland dotted with giant lobelias and massive heathers. There is barren Alpine desert just below the snow line and permanent glaciers at the top. Between 4-5,000 meters, the temperature can drop to sub-zero at night and the oxygen level is half that of sea level. 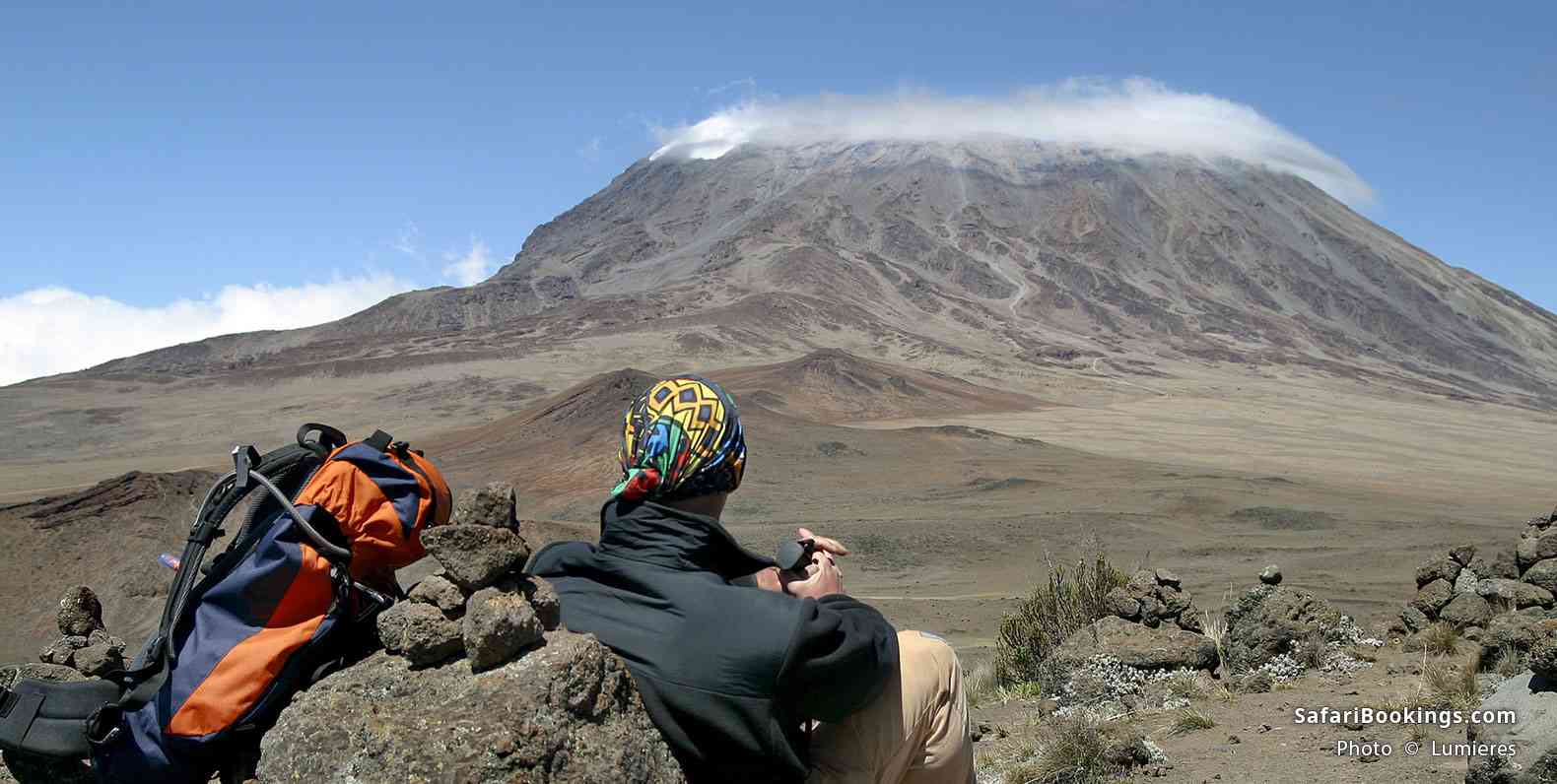 Despite its altitude, even inexperienced climbers can climb Kilimanjaro. Of course, they must be reasonably physically able and allow themselves sufficient time to acclimatize to the altitude. The town at the base is Moshi – banana groves and coffee plantations surround the area. All thanks to the rain-shadow of the mountain. It boasts many hotels and trekking operators. And each morning, as the mist lifts above town, expeditions depart into the Kilimanjaro National Park.

So Much to See

It’s an excursion that many combine with safaris to the parks and reserves in Tanzania and Kenya. And you can follow it with a few days of relaxing on an Indian Ocean beach to recover. There are six trekking routes to the summit. About 20,000-25,000 climbers attempt the climb each year. And most people spend between 5-8 days climbing to Uhuru Peak at the top.

However, despite it being the highest 'walkable' mountain in the world (you can climb it without ropes of technical expertise), it is still fairly strenuous. The altitude at Marangu Gate is 1829 meters and at Uhuru Peak, 5895 meters. That’s a long way up! The important things to remember are to come prepared and to take it slowly. If you can, spend an extra day half-way up to give you the chance to acclimatize to the altitude. You’ll then have every chance of success to reach Kili’s lofty peaks to watch a magnificent sunrise over the clouds. And you will feel the exhilaration of reaching the ‘Roof of Africa’. 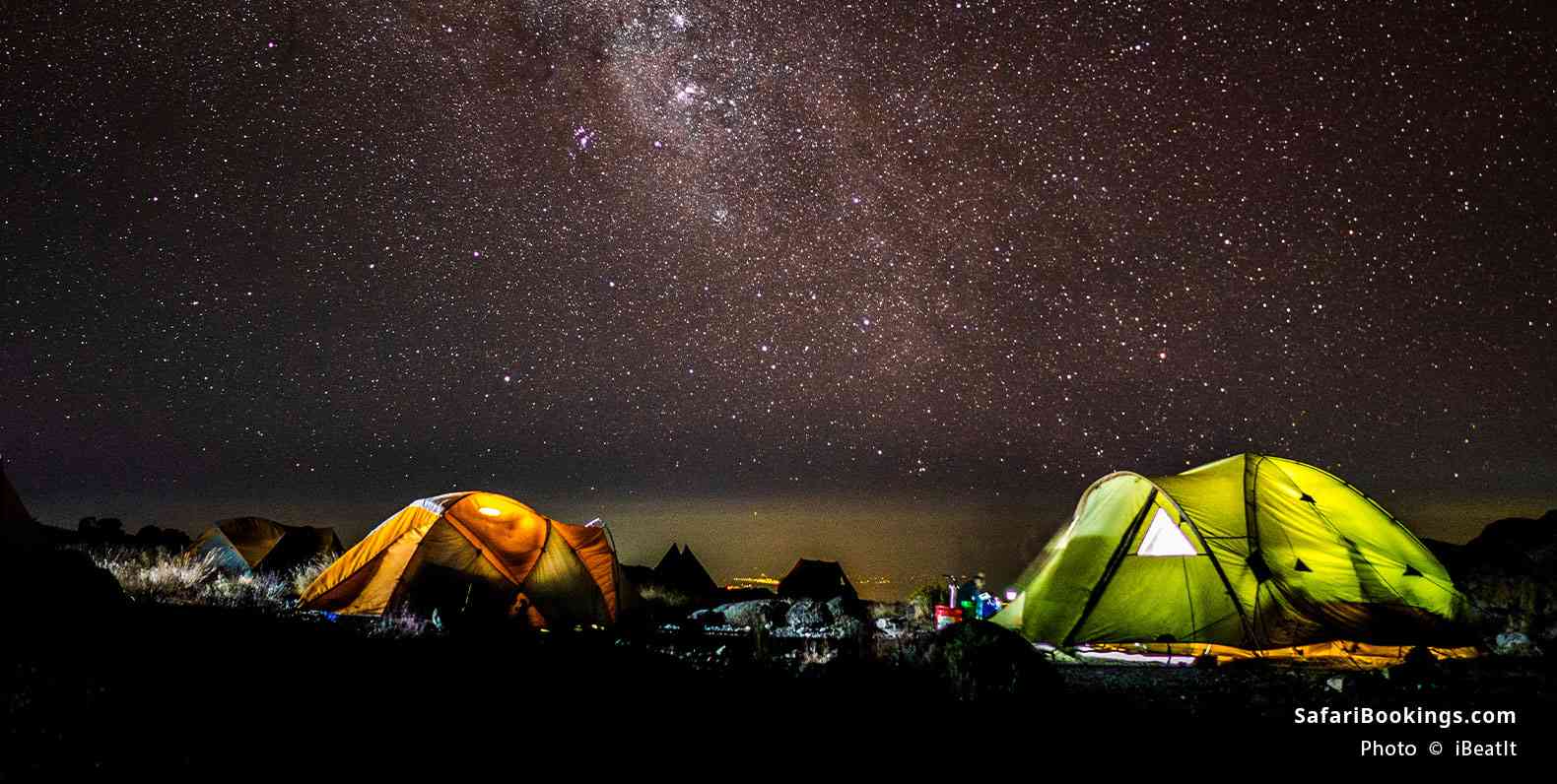 Mount Kilimanjaro can be climbed throughout the year. However, it is worth avoiding the two rainy seasons – late March to mid-May, and October to the beginning of December. This is when the routes become slippery. The driest and warmest months are January-February and August-September. But of course the mountain gets more traffic during these periods as well.

If you want to climb this majestic mountain, book a tour during the dry season. Contact us at SafariBookings and we'll help you plan your adventure. Mount Kilimanjaro is definitely a must-see!