Sue Watt meets the Long Shield Lion Guardians of Hwange National Park, where Cecil the Lion lived. While there, she and learns how Vuvuzelas and white tarpaulin are helping locals and Hwange's lions alike.

Apparently, lions are afraid of the colour white. This rather random fact was discovered by a poacher who realised that when he wore a white cloth, he could scare a lion. And then take its kill without any comeback from the so-called king of the jungle.

Hwange got a lot of press attention this time last year. The park had been home to that now famous of Hwange's lions, Cecil. Killed by an American trophy hunter, Cecil's story sparked a media storm and raised awareness of the plight of lions and their conservation. But many lions die at the hands of local people too, in human wildlife conflict situations.

The simplicity and success of the Lion Guardians project –and the courage and commitment of the Guardians themselves – amazed me.

Essentially, the Long Shields Lion Guardians help cattle-herders to live with lions rather than kill them.

Until recently, if a lion killed cattle, locals would kill the lion. Now, an unlikely combination of modern technology and Vuvuzelas (those horrendous plastic trumpets that gained fame in South Africa’s 2010 World Cup) are saving the predators.

If people see lions, they send a WhatsApp group message from their mobiles. And straight away, all the people in that group or village become alert to their presence. 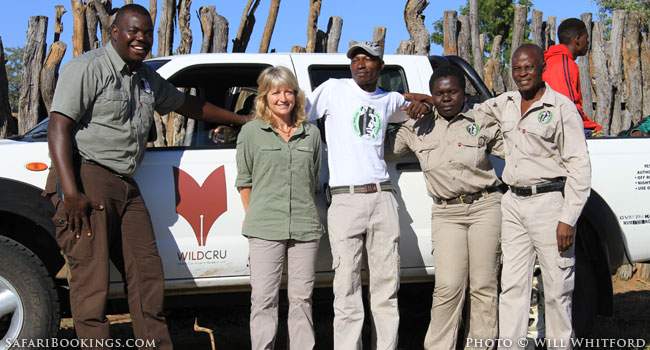 The Guardians (there are 11 of them) then go to the area and scare off Hwange's lions by blowing the Vuvuzelas. Using more high-tech equipment, they also check on their GPS systems for any collared lions that might be in the area so that farmers can move their herds. They search for missing livestock too, and teach people how to build more secure kralls or bomas for the cattle.

And this is where the colour white comes in. Safari operators and lodges in the area support conservation in many ways. African Bush Camps, who own the beautiful Somalisa camp in the park, funded costs for a new boma made of white tarpaulin instead of the usual sticks and branches. Villagers put their cattle, around a hundred of them, in the 30mx30m enclosure every night for ten days, before moving it on to another plot.

The cattle can’t see out of the boma, so they don’t panic at the sight of predators. And, scared by the colour white, the hungry lion prowling around outside runs away, leaving the livestock in peace …

The Lion Guardians project is a brilliant example of communities and conservation working together. It's a win-win for everyone: Hwange's lions and the local people. And people like us who travel to see Africa’s beautiful wild places like Hwange.

Lions in the Wild

If you're interested in booking a safari tour to Hwange National Park, contact us at SafariBookings. You'll get to see Hwange's lions and observe, firsthand, how this local community practices and supports wildlife conservation. 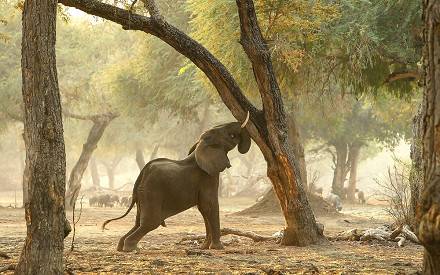