From the high snowy peaks of Mount Kilimanjaro and Mount Meru to the palm-fringed Indian Ocean islands of Zanzibar and Pemba, Tanzania quite simply has it all. Many of Africa’s best and most popular tourist attractions are found within Tanzania, and the variety and quality are unrivaled.

1. Serengeti National Park – Rated As the Best Park for an African Safari Adventure 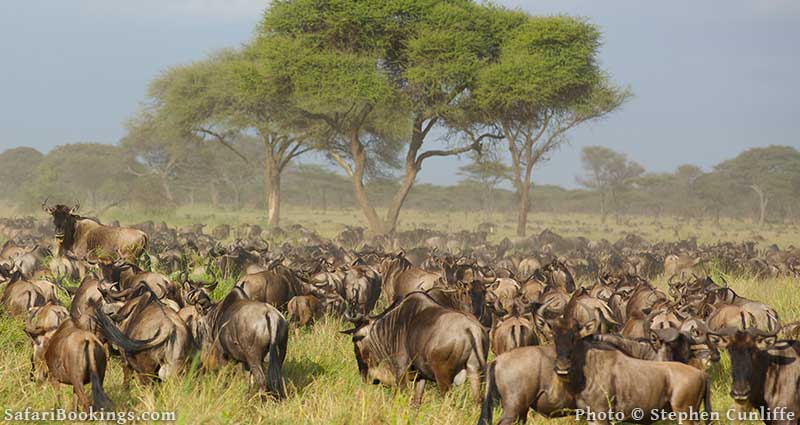 First-and-foremost is Serengeti National Park – one of the most popular protected areas in all of Africa. Encompassing 14,763km2/5,700mi2 and making up 50% of the wider Serengeti–Mara ecosystem, this is an iconic wildlife area. Sensational scenery dominated by expansive savannah grasslands and peppered with distinctive flattop acacias and Balanites trees make this the most picturesque landscape in all of Africa. Throw in 1.5 million wildebeest, 300,000 zebra and 400,000 gazelles and you have a wildlife spectacle second to none. The Serengeti and its surrounding protected area offer a wide variety of safari accommodations and experiences to suit most budgets. Your budget might incorporate the lower-priced offerings of Ikona Wildlife Management Area or stretch to incorporate a visit to the luxurious lodges within the exclusive Singita Grumeti concessions of the western corridor.

Adjoining the southeast of the Serengeti National Park lies the extensive Ngorongoro Conservation Area. The unique Ngorongoro Crater is surrounded by towering volcanic walls on every side and blessed with prolific and extremely well-habituated wildlife. Exploring it almost feels like you’re driving through a zoo – only the surrounding crater scenery is jaw-droppingly impressive. Most visitors just see the crater, but the more adventurous leave the safari hordes behind to explore the wider conservation area that is a mixed-use area for wildlife and Maasai pastoralists. Within this protected area, the vast Oldupai Gorge (originally misnamed Olduvai) is an archaeological site made famous by the Leakey family for being home to some of the continent’s most important hominid fossils. Provided you visit outside of the peak safari season months (June–September), you will fall in love with Ngorongoro Crater packed full of wild animals and mesmerizing scenery. 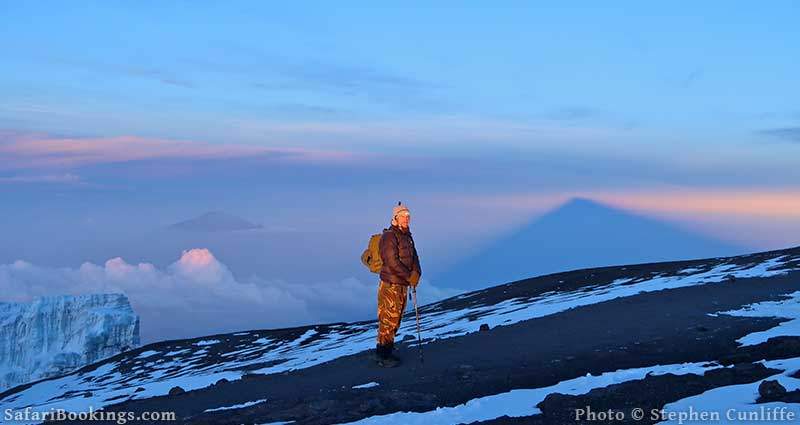 The name Kilimanjaro is a mystery and is thought to mean ‘Mountain of Light’ or ‘Mountain of Greatness’. No one is quite sure, but what is not under dispute is that Mount Kilimanjaro at 5,895m/19,341ft is the highest peak on the African continent and tallest freestanding mountain on earth. It is undoubtedly one of the continent’s most magnificent sights, rising up in splendid isolation from the plains below. Located virtually on the equator, this volcano seems so out of place with its snow-capped peak dwarfing the distant rift valley. It would be wrong to come to Tanzania and not spend some time appreciating this grand old mountain that forms the roof of Africa. You can climb its legendary slopes in the hope of standing atop Uhuru Peak – the highest point on the African continent – or simply gaze and photograph its majesty, as it presides over the plains and parks below. 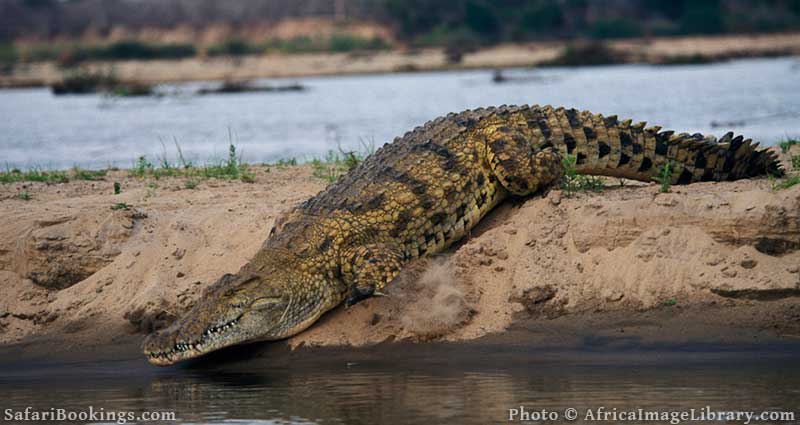 Bisected by the crocodile-infested Rufiji River and home to world-renowned Stiegler’s Gorge, the 50,000km2/19,305mi2 Nyerere (Selous) National Park is an iconic East African safari destination. Despite its ongoing poaching and hydro-development challenges, it remains a long-standing tourist attraction in southern Tanzania. Although illegal hunting ravaged the enormous elephant herds of years gone by, Nyerere still supports around 16,000 of these grey giants, as well as a thriving population of wild dogs. Tanzania’s government is forging ahead with the development of a huge hydroelectric dam inside Stiegler’s Gorge in the heart of this UNESCO-listed World Heritage site, so it’s worth planning your safari to Selous sooner rather than later. 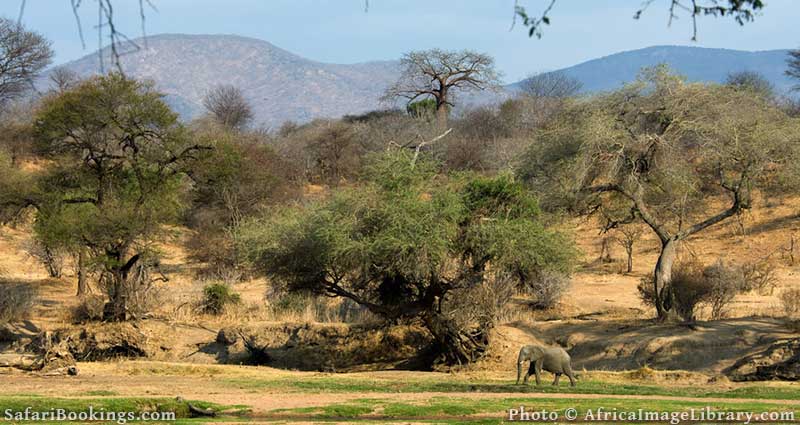 One of the largest national parks in East Africa, the 20,226km2/7,809mi2 Ruaha National Park is almost unknown outside of Tanzania. Yet, with an estimated 10% of the surviving wild lion population in Africa, it definitely deserves to be a highlight on any trip to explore the wild south of the country. Beautiful landscapes peppered with giant baobabs, elephants, abundant plains wildlife and one of the only places you will see greater kudu in Tanzania are further good reasons to make sure Ruaha is on the itinerary of every intrepid safari enthusiast. 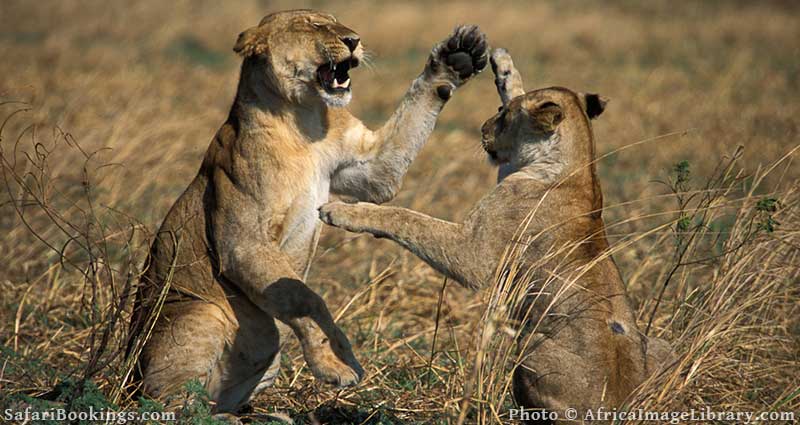 Wild and remote Katavi National Park is one of the country’s most unspoiled and untouched bush settings with amazing landscapes and rich wildlife. The 4,471km2/1,726mi2 park is difficult to access and so can be relatively costly to visit. As a result, few people make the effort to come here. While the popular Serengeti might see 125,000 visitors in a year, the remote Katavi sees no more than a few hundred brave adventurers by comparison. This is wild Africa at its very best and, provided you have the time and budget, it’s a park that’s absolutely worth exploring. There are only a couple of small, rustic safari camps, so you often come across more prides of lion than tourists on a game drive in Tanzania's third largest national park. 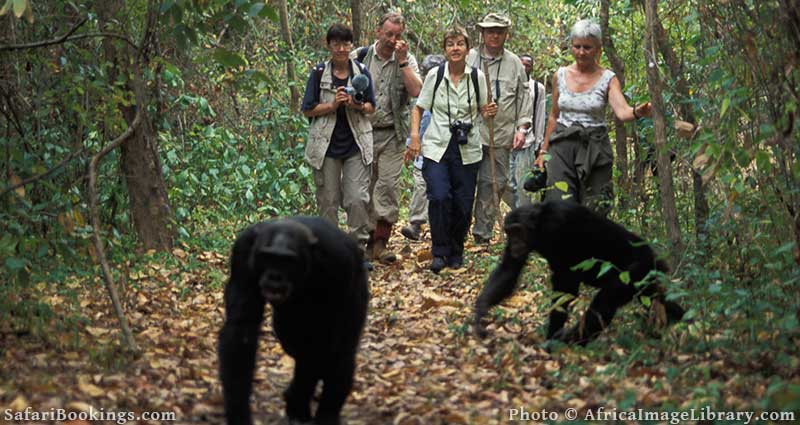 Nestled on the Lake Tanganyika shoreline with its forested mountains rising up from the lakeshore, mesmerizing Mahale Mountains National Park boasts stunning scenery and close encounters with habituated chimpanzees. The mist-covered peak of Mount Nkungwe stands sentinel in the background and the crystal-clear waters of Lake Tanganyika lap against white-sand beaches. Without road access, many safari stalwarts regard 1,613km2/623mi2 Mahale as Tanzania’s most remote park, but also one of its most enthralling. The holy grail for most visitors is the 60-strong Mimikere or ‘M’ group of chimpanzees, which has been studied by Japanese researchers for more than four decades. While the M group is well habituated, finding our closest relatives can be a challenge. Be prepared for some sweaty, steep climbs through dense vegetation, but the final reward is well worth the trials and tribulations of getting there.

8. Zanzibar – a Beautiful Island Bursting With Culture and History 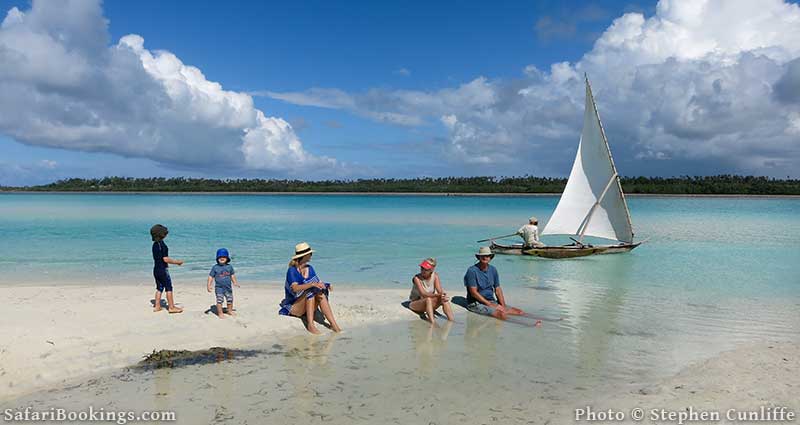 Zanzibar – an exotic island kingdom of former slave traders and fishermen – has reinvented itself as a tourism hotspot. It oozes culture and history in Stone Town that is seemingly at odds with its idyllic geography of white-sand beaches and coconut palms swaying lazily in the sea breeze. But it is precisely this diversity that makes Zanzibar such an attractive and varied island to explore above and below the water, as well as a dream destination for simply relaxing and recharging.

For those with deep pockets and a healthy budget, nothing beats the exclusive satellite island of Mnemba off the north-eastern tip of Zanzibar. With one exclusive &Beyond lodge, Mnemba is the very pinnacle of tropical island beach-chic luxury. For the rest of us mere mortals, there is a dizzying array of around 800 hotels, beach resorts, guesthouses and other accommodation options to choose between on the main island. It almost goes without saying, but this is not a place you should come if you don’t want to see other tourists. 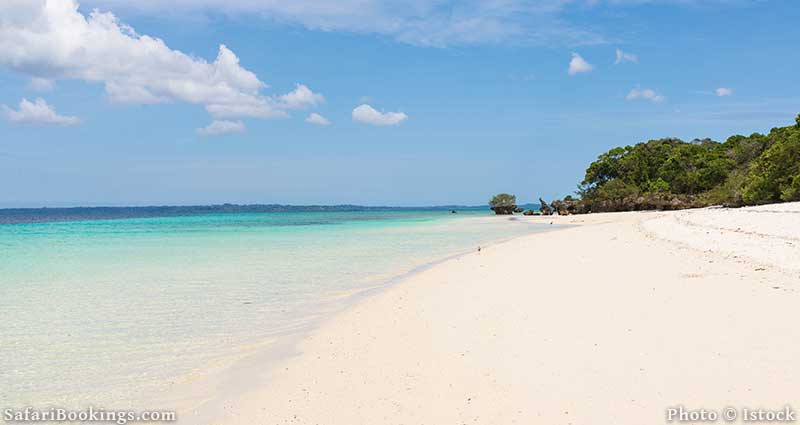 If the thought of hundreds of hotels and thousands of tourists is not your cup of tea, then a trip to neighboring Pemba is the way to go. Zanzibar’s big brother island has remained a thriving fishing community and surprisingly free of tourism development. There are only a handful of tourist hotels to choose from, a number of which are in the far north of the island. The underwater honeymoon suite of Manta Resort might be the most unique place you could opt to spend a night! But the unpretentious Emerald Bay Resort in the south of the island is the traveler’s pick. Delicious seafood meals served on an open-air rooftop terrace and daily boat cruises to picture-perfect sandbanks in the middle of the ocean make for an unbeatable combo. It’s very easy to lose track of time and spend a week or two recuperating at this affordable island paradise. 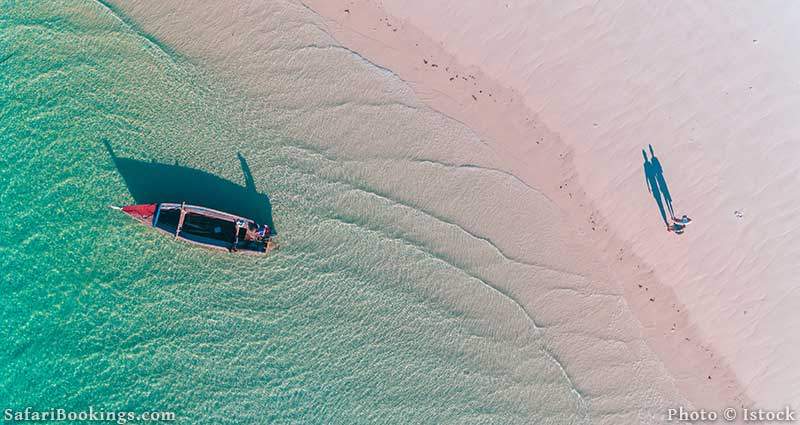 Further south lies the idyllic island of Mafia. A touch more sophisticated and exclusive than Zanzibar, but without the Mnemba price tag, this is an exciting coconut-covered island to visit. The beaches are superb and its mangroves and marine park ensure that the marine life is bountiful and the underwater safari experience far superior to Zanzibar or Pemba. More out of the way and a little harder to reach, Mafia is the place for adventurous travelers and diving connoisseurs. The star underwater attraction is the docile and completely harmless whale sharks that frequent the island waters between October and March each year.